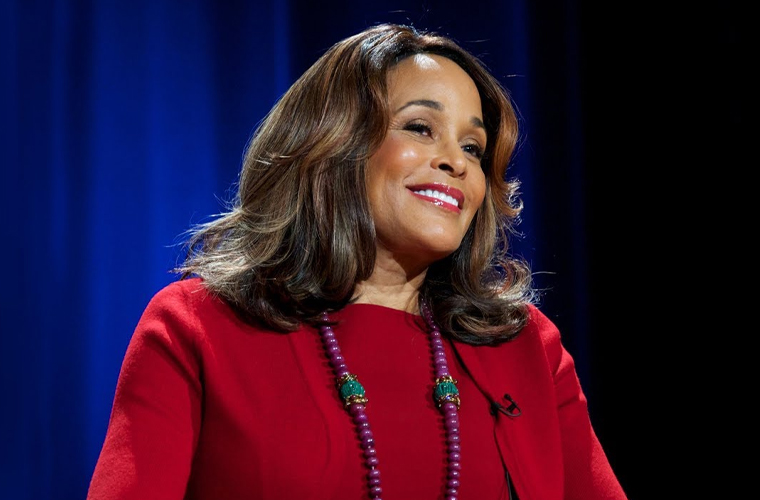 From 1978 to 1992, Alyce Faye Wattleton held the stage as an articulate defender of reproductive rights for U.S. women. As president of the Planned Parenthood Federation of America, Wattleton was a national spokesperson for reproductive freedom and a lightning rod in the highly charged debate over abortion. Wattle-ton was the first woman and the first African American to head Planned Parenthood, the oldest voluntary family planning organization in the United States. During her 14-year tenure, she took an unequivocal stand on abortion rights and fought for improved reproductive health care for women with low incomes. Wattleton was known for her tremendous poise during confrontations with abortion foes and for her intelligent television interviews. As U.S. courts and lawmakers chipped away at abortion rights, Wattleton held fast to her conviction that women, not governments, had the right to control their reproductive destiny.

Born in St. Louis, Missouri on July 8, 1943, Wattleton was the only child of George Wattle-ton, a factory employee, and Ozie Garret Wattle-ton, a seamstress and a Fundamentalist minister in the Church of God. Wattleton credits her parents for developing in her a strong social conscience and a will to succeed. She excelled in school and was only 16 years old when she enrolled at Ohio State University. After graduating from Ohio State in 1964 with a nursing degree, Wattleton taught at Miami Valley Hospital School, in Dayton. She left that position in 1966 to begin work on a master’s degree in maternal and infant health care, at New York’s Columbia University.

While at Columbia on a full scholarship, Wattleton trained as a midwife in New York City’s Harlem Hospital. In the 1960s, abortion was prohibited by law in most states. At Harlem Hospital, Wattleton saw firsthand the appalling medical consequences of illegal abortions. She witnessed the blood poisoning, torn uteruses, and painful deaths of desperate women who tried to induce abortions with chemicals or sharp instruments. These grim cases influenced Wattleton’s decision to join Planned Parenthood and to support reproductive freedom. To Wattleton, the issue was one of self-determination and basic human rights for women.

After earning her master’s degree in 1967, Wattleton became assistant director of the Montgomery County Combined Public Health District, in Dayton. As a public health nurse, she helped increase the prenatal health care services in the area. In 1970, Wattleton became executive director of a Planned Parenthood affiliate in Dayton. She married social worker and musician Franklin Gordon in 1971, and had a daughter, Felicia Gordon, in 1976. Wattleton and Gordon were divorced in 1981.

Wattleton’s work ethic and her successful outreach and fund-raising efforts in Dayton led to her appointment in 1978 as president of the national Planned Parenthood organization. At age 34, Wattleton became the youngest person ever to head the huge family planning enterprise. (By the time Wattleton resigned in the early 1990s, Planned Parenthood would have nine hundred U.S. affiliates and an annual budget of $380 million.) Wattleton assumed leadership at a time when donating funds to Planned Parenthood was neither controversial nor a political act. Once Wattleton began to lobby for abortion rights, Planned Parenthood’s reputation and perceived mission changed dramatically.

“We’re not saying abortion is right or wrong or preaching a moral cause because that is a very personal decision. What we are saying is that the government has no right telling women what to do with their lives.” —Faye Wattleton

Wattleton placed Planned Parenthood squarely in the pro-choice camp because she was concerned about the erosion of Roe v. wade, 410 U.S. 113, 93 S. Ct. 705, 35 L. Ed. 2d 147 (1973), a landmark U.S. Supreme Court case guaranteeing a woman’s right to choose an abortion. When President Ronald Reagan took office in 1982, he aligned his administration with the anti-abortion faction. During his two terms in office, federal funds for family planning clinics under title X of the public health service Act (42 U.S.C.A. § 300–300a-41 [1970]) were cut significantly. Also, the justice department attempted to prevent federally funded clinics from even mentioning abortion as a medical option (42 C.F.R. 59.8). Its so-called gag rule was denounced by Wattleton as a violation of free speech and an unfair restriction on poor women. The controversial regulation was enjoined by federal courts and ultimately struck down by a U.S. district court in 1992 (National Family Planning & Reproductive Health Ass’n v. Sullivan, 979 F.2d 227 [1992]).

Perhaps the most discouraging blow to Wattleton and the pro-choice movement was the U.S. Supreme Court’s decision in Webster v. reproductive health services, 492 U.S. 490, 109 S. Ct. 3040, 106 L. Ed. 2d 410 (1989). In Webster, the High Court ruled that individual state legislatures had the power to regulate abortion.

As a result, an increase in state laws limiting access to abortion was likely.

Wattleton supported the introduction into the United States of RU486, an abortion-inducing drug not yet approved by the federal government. She also backed a reproductive rights amendment to the U.S. Constitution. Although Wattleton was a staunch abortion rights advocate, she was equally emphatic about the need to prevent unwanted pregnancies in the first place. She campaigned for the establishment of comprehensive health education programs in the schools and the community.

Because of her high profile and pro-choice position, Wattleton received several death threats while head of Planned Parenthood. During

her tenure, several U.S. affiliates were bombed, picketed, and besieged by anti-choice groups.

In 1992, Wattleton resigned from Planned Parenthood to become the host of a syndicated talk show in Chicago. She left behind a strengthened organization with a defined course of action and a powerful example of living one’s life according to principles. In 1995, Wattleton helped co-found the Center for Gender Equality, a research and education organization that advocates for the equality of women. In addition to sitting on the board of directors of a number of national corporations and nonprofit organizations, Wattleton became a trustee of Columbia University in April 2002.