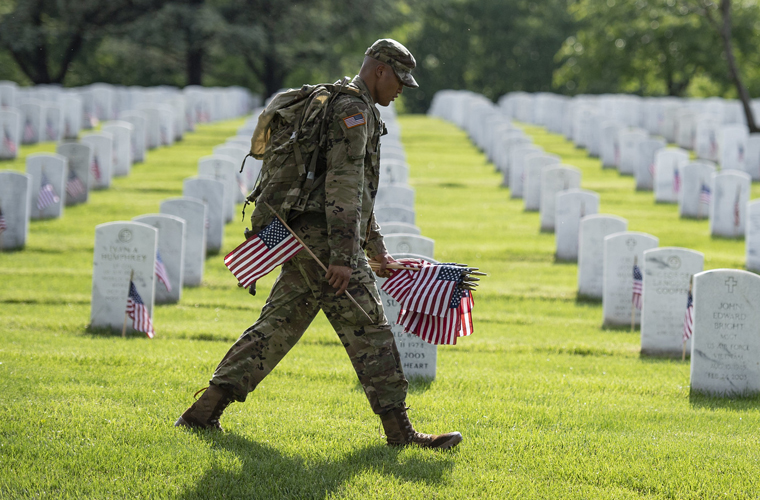 Before Arlington National Cemetery became the final resting place for thousands of our brave service members, it was once a thriving freed-slaves community that emulated throughout the south.

During the emancipation, many former slaves migrated to Washington, D.C. because of the available jobs, primarily manual labor jobs such as building the Washington Monument.

The city eventually became overcrowded, conditions steadily deteriorated and there was an outbreak of cholera. The government decided to quarantine the freed-slaves, put them all in one location and treat them together. The community went on to be known as Freedman’s Village.

Once Freedman’s Village was established, more freed-slaves started migrating to it and the town eventually had its own hospital, school, churches, post office, market, a home for senior citizens and more.

William Syphax founded the school and made sure every child went to school and any adult that wanted to learn how to read or write could learn in Freedman’s Village.

You can learn more about the history of the Freedman’s Village at the Arlington House.