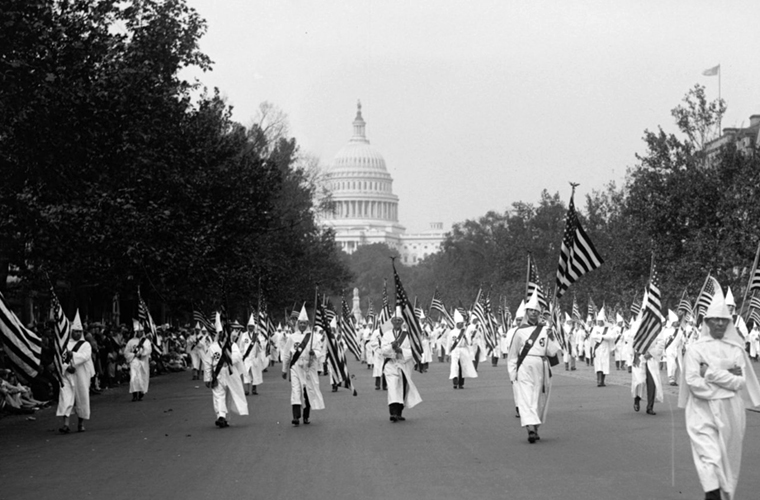 Congress enacted three statutes in 1870 and 1871 to protect the right of blacks to vote in the southern states and to suppress anti-reconstruction terrorism. They are sometimes called the Enforcement Acts. The Act of May 31, 1870, prohibited all forms of infringement of the right to vote, not merely the exclusion prohibited by the fifteenth amendment, and made night riding a federal felony. The Act of February 28, 1871, provided for federal supervision of voter registration and congressional elections to prohibit ballot-box frauds and intimidation of black voters.

The Act of April 20, 1871, commonly called the Ku Klux Klan Act, provided civil remedies to persons deprived of rights and privileges secured by the federal Constitution; prohibited violent resistance to federal authority, in order to protect civilian and military officials enforcing Reconstruction measures; authorized the President to use militia and federal military force to suppress insurrections and domestic violence when a state was unable to do so; defined “rebellion” against the federal government; and provided that when the president proclaimed that a rebellion exists, he could suspend the writ of habeas corpus in the rebellious district.

Under the authority of the Klan Act, President Ulysses s. grant proclaimed nine counties in South Carolina to be in rebellion during October 1871, suspended the writ of habeas corpus, and used federal troops to suppress violence there and elsewhere in the South. The Klan Act was instrumental in breaking the power of the Klans and other terrorist organizations for the time being.

In united states v. Reese (1876), the Supreme Court held sections of the 1870 Act unconstitutional on the grounds that “the Fifteenth Amendment does not confer the right of suffrage upon anyone.” The Court anticipated its later state action doctrine in united states v. cruik-shank (1876), voiding indictments under the Klan Act on the grounds that the fourteenth amendment “adds nothing to the rights of one citizen as against another. It simply furnishes a federal guaranty against any encroachment by the States.”

The Court held parts of the Klan Act unconstitutional in united states v. harris (1883) because they were directed at the actions of private persons, not at the states or their officers. (These decisions have lost most of their force today. See united states v. guest, 1966.) Later Congresses in 1894 and 1909, hostile to the goals of Reconstruction, repealed most of the 1870 Act and the Klan Act, but the prohibitions of conspiracies and night riding survive today in the United States Code, and the civil remedies provided by the Klan Act are today the foundation for an overwhelming majority of federal court lawsuits challenging the constitutionality of actions of state officers.