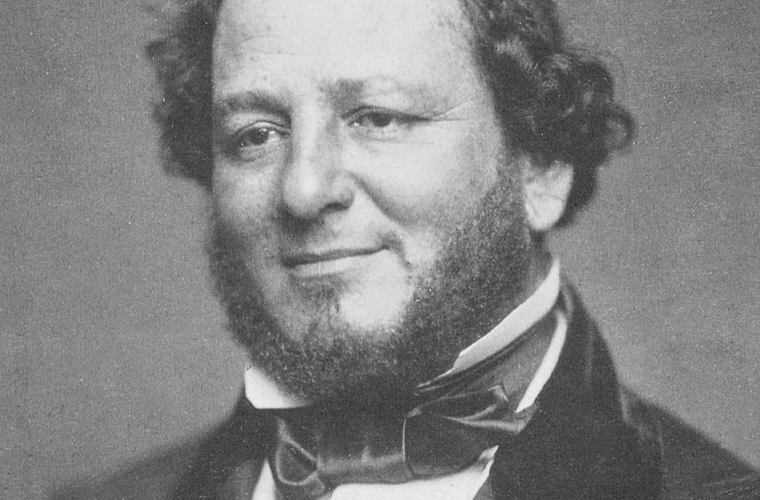 Judah Philip Benjamin served as the Attorney General, Secretary of War, and Secretary of State for the Confederacy. The first Jewish-American to serve on an executive cabinet in American history, he has received the title “brains of the Confederacy” by scholars for his apparent position as Jefferson Davis’ right hand. 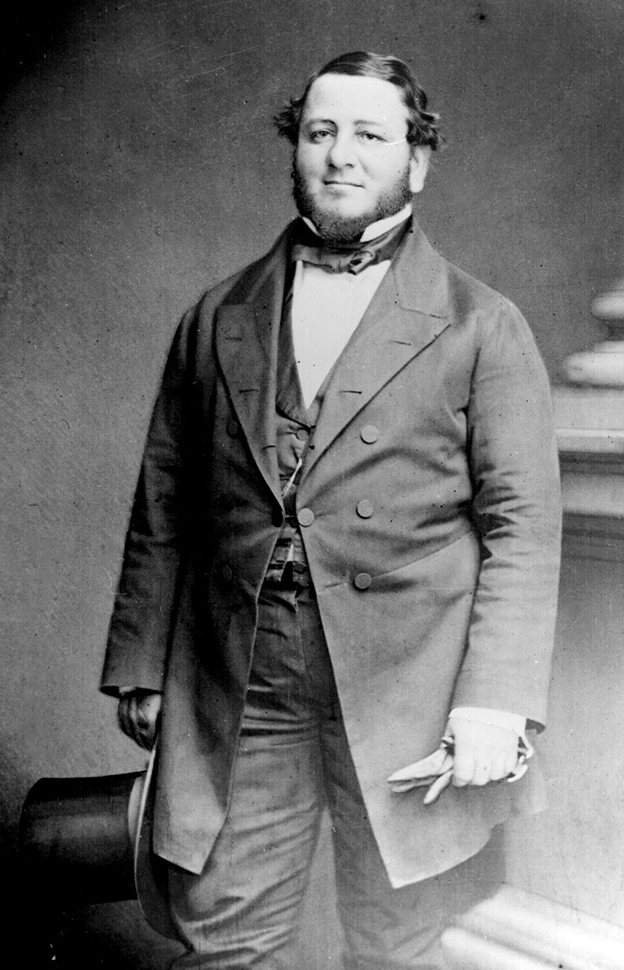 Benjamin was born on August 11, 1811, in the British West Indies (now the U.S. Virgin Islands) to a Sephardic Jewish family or Jews of Spanish descent. In 1821, Judah and his family relocated to Charleston, South Carolina, a city known for its tolerance towards the Jewish faith. In 1825, at the age of fourteen, Judah entered Yale College. Despite Benjamin’s high level of success at Yale, he left in 1827 and moved to New Orleans, Louisiana, where he began to study law. In the same year, he married a woman named Natalie St. Martin. As part of the dowry for the wedding, he received two female slaves. In 1831, after three years of studying law and working as a clerk, Benjamin passed the bar and was assigned his first case only months later in the Louisiana State Supreme Court.

Around the time he passed the bar, Benjamin also became active in the Whig party. In 1842, he was nominated, and eventually elected, for a seat in the Louisiana House of Representatives. In 1844, the Louisiana Legislature voted to hold a constitutional convention. Benjamin served as the New Orleans representative and fought against considering slaves 3/5th of a person for electoral purposes. The young legislator prevailed and slaves were not represented in state elections. His support of slavery was evidenced both by his fight to have slaves exempt from electoral procedures, as well as his acquisition of a sugar cane plantation and 140 slaves in the 1840s.

Benjamin continued his career as a state congressman until 1853 when he was sworn in as a U.S. Senator from the state of Louisiana. During his tenure, Benjamin met then-Senator Jefferson Davis. Following a confrontation during which Benjamin relentlessly questioned Davis on a military bill, Davis insulted the Louisiana Senator. In response, Benjamin challenged Jefferson Davis to a duel, Davis apologized and the challenge was revoked.

Following the election of Abraham Lincoln in 1860, Benjamin began to speak in favor of secession. As the tide began to turn towards secession in the South, Benjamin delivered a farewell address to the U.S. Senate on December 31, 1860.

On February 25, 1861, newly elected Confederate President Jefferson Davis named Judah Benjamin the Confederate Attorney General. While such a title was fitting for a man with such an illustrious legal career, the Confederacy’s lack of federal courts or established Department of Justice left the position with little functionality. Despite the lack of legal work required, Benjamin sought to assist the fledgling government in any capacity needed. The Louisianan often hosted dignitaries when President Davis was unable to. He also offered up advice whenever needed. During the first cabinet meeting, Benjamin suggested that the government buy 150,000 bales of cotton and sell them to the United Kingdom with the proceeds funding the war effort. However, this plan was not agreed upon as some believed the war would be short-lived.

In September 1861, after receiving criticism for the inability of the Confederacy to follow up their victory at Bull Run, Secretary of War Leroy Walker resigned from his position and Davis appointed Benjamin as his successor. Lacking military experience, Benjamin found difficulty dealing with the problems that plagued the Confederacy for the entirety of the war, namely lack of funding and supplies.

As Secretary of War, Benjamin came under constant fire from the press and state governments, who frequently demanded more men and supplies. After the loss at the Battle of Roanoke Island, during which General Henry A. Wise had received little support from Benjamin, a special committee was established to assess the work of the War Department in 1862. Following the committee’s investigation, Benjamin resigned from his position as Secretary of War and was appointed the vacant Secretary of State position.

Judah Benjamin’s term as Secretary of State was marked by two major goals: to gain support from England and France and to gain recognition as an independent nation. Benjamin found that the two European superpowers’ interest would peak following a major Confederate victory, and they cool following a significant Confederate defeat. Benjamin took many opportunities to capitalize on the nature of England and France’s interest in the war. Following the Confederate victory at Richmond, Benjamin sent Confederate diplomat, John Slidell, to meet with Napoleon with an offer of 100,000 bales of cotton in an effort to entice France into the war. After continued “cotton diplomacy”, France began to waver towards intervention. Napoleon stated his desire for an intervention of France, England, and Russia to end the war, stating that a Northern refusal would result in French intervention and recognition of the Confederacy. In early 1863, Benjamin was able to negotiate a deal with France for a loan of 15 million dollars with a 7% interest rate; a deal lucrative for France, but desperately needed by the Confederacy.

The losses at Gettysburg and Vicksburg made a full commitment of intervention from France or England highly unlikely. In October 1863, the British consul in Savannah, Georgia disallowed British subjects from fighting for the Confederacy and Benjamin expelled the remaining British consuls from the Confederacy.

As the hopes for the Confederacy dwindled and Richmond fell, Benjamin moved throughout the South with the rest of the Confederate executive branch. After evading Union capture following the surrender at Appomattox, Benjamin left the United States for England where he practiced law until his death in 1889.