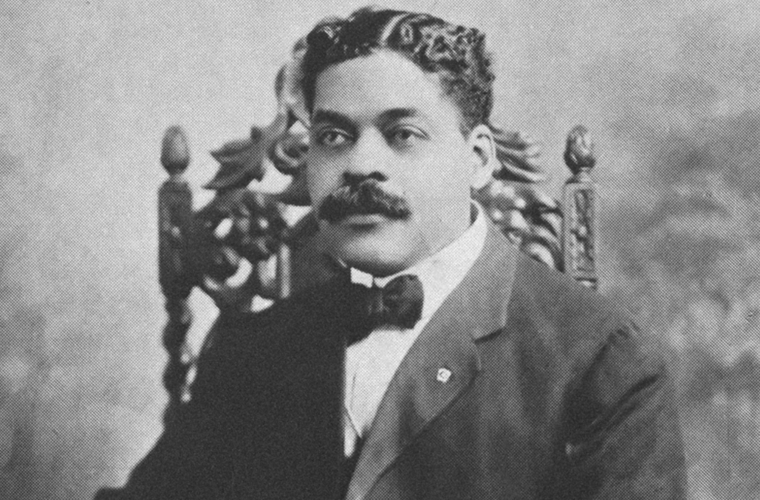 Arturo Alfonso Schomburg, writer, activist, collector, an important figure of the Harlem Renaissance was born in Saturce, Puerto Rico. His mother, a black woman, was originally from St. Croix, Danish Virgin Islands (now the U.S. Virgin Islands), and his father was a Puerto Rican of German ancestry. Schomburg migrated to New York City, New York in 1891. Very active in the liberation movements of Puerto Rico and Cuba, he founded Las dos Antillas, a cultural and political group that worked for the islands’ independence. After the collapse of the Cuban revolutionary struggle, and the cession of Puerto-Rico to the U.S., Schomburg, disillusioned, turned his attention to the African American community. In 1911, as its Master, he renamed El Sol de Cuba #38, a lodge of Cuban and Puerto Rican immigrants, as Prince Hall Lodge in honor of the first black freemason in the country. The same year, he also founded the Negro Society for Historical Research. In 1922 he was elected president of the American Negro Academy.

Schomburg was an avid collector of materials on Africa and its Diaspora, amassing over 10,000 documents. In 1926 his personal collection was added to the Division of Negro Literature, History and Prints of the Harlem branch of The New York Public Library and he served as curator from 1932 until his death. Today, the Schomburg Center for Research in Black Culture of The New York Public Library is one of the foremost research centers on Africa and the Diaspora, with more than 10 million items.