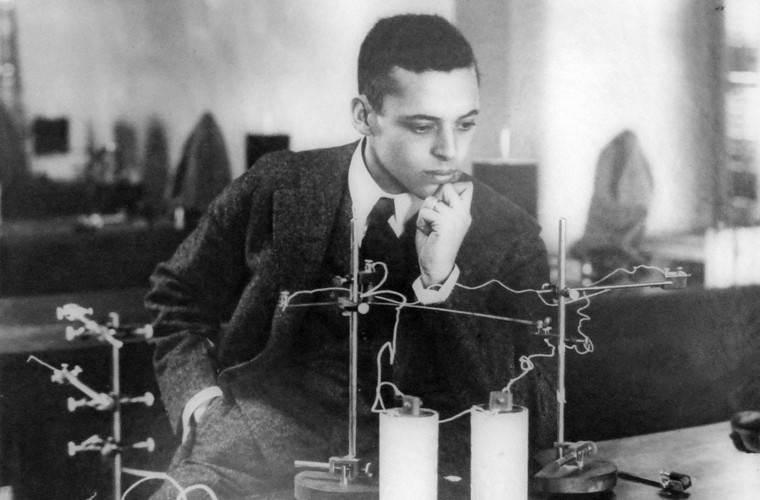 Dr. Ernest Just was a pioneering African American biologist, academic, and science writer. Just’s primary legacy is his recognition of the fundamental role of the cell surface in the development of organisms. In his work in marine biology, cytology, and parthenogenesis, he advocated the study of whole cells under normal conditions, rather than simply breaking them apart in a laboratory setting.

Ernest Everett Just was born August 14, 1983, in South Carolina to Charles Frazier Just Jr. and Mary Matthews Just.  When Ernest was four years old, both his father and grandfather died, and his mother became the sole supporter of him, his younger brother, and his younger sister, teaching at an African American school in Charleston. During the summer, Mary Just worked in the phosphate mines on James Island. Noticing that there was much vacant land near the island, Mary persuaded several black families to move there to farm. The town they founded, now incorporated in the West Ashley area of Charleston, was eventually named Maryville in her honor.

In 1907, Dr. Just began to teach at Howard University where he was appointed the head of the Department of Zoology in 1912. At Howard, he also served as a professor in the medical school and head of the Department of Physiology until his death. The first Spingarn Medal was awarded to the reluctant and modest Ernest Just by the NAACP in 1915 for his accomplishments as a pure scientist.

Beginning in 1909, Dr. Ernest Just began to conduct research as a research assistant during the summer months for Professor Frank  Lillie, at the Marine Biological Laboratory at Woods Hole, Massachusetts. Ernest Just produced ground-breaking research in cell biology at the Woods Hole Oceanographic Institution. Conducting thousands of experiments studying the fertilization of the marine mammal cell, Dr. Just was able to successfully challenge Jacque Loeb’s theory of artificial parthenogenesis in 1922. Using his research conducted at Wood’s Hole, Ernest Just published his first book entitled, Basic Methods for Experiments on Eggs of Marine Mammals. Despite his part-time appointment, Ernest Just published over seventy scientific papers during his studies there.

In 1924 Dr. Just was selected from among the biologists of the world by a group of German biologists to contribute to a monograph on fertilization, one of a series of monographs by specialists working on fundamental problems of the function and structure of the cell. He is a contributor to Volume Two of Dr. Jerome Alexander’s three-volume series on Colloid Chemistry. From 1920-1931 Dr. Just was the Julius Rosenwald Fellow in Biology of the National Research Council.

Under this grant program, he engaged in research as an adjunct researcher at the Kaiser Wilhelm Institute for Biology in Berlin, working under Professor Max Hartman’s department. He also worked at the marine biological laboratories in Naples and in Sicily. In 1930, Dr. Just lectured at the Eleventh International Congress of Zoologists, held in Padua, Italy. The lecture was entitled The Role of Cortical Cytoplasm in Vital Phenomena., which was based on fifty published papers written by Dr. Ernest Just.

Although Dr. Just was considered a leader and authority for his work with cell development, as an African American, he continued to experience racism and prejudice. For this reason, Dr. Just decided to study in Europe in 1930. It was in Europe that he published his second book, The Biology of the Cell Surface. While in Europe in 1938 he published a number of papers and lectured on the topic of the cell cytoplasm.

Dr. Just died October 27, 1941, in Washington D.C. In her eulogy, Dr. Lillie Dr. Frank Lillie, his old friend, and teacher, alludes to prejudges Just faced in his career: “His death was premature and his work unfinished, but his accomplishments were many and worthy of remembrance. That a man of his ability, scientific devotion, and of such strong personal loyalties as he gave and received should have been wasted in the land of his birth must remain a matter of regret.”