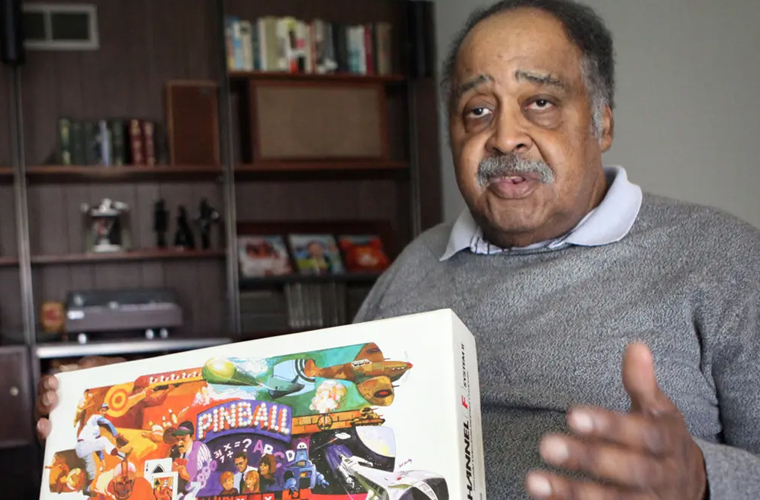 In an era where it was deemed impossible to develop a video gaming console that could afford the luxury of swapping cartridges let alone have its very own microprocessor, Gerald Lawson broke the status quo.

Though the Fairchild Channel F, which was released in the 1970s with Lawson as the lead developer did not gain as much prominence as Atari, Sega, and Nintendo, the ingenuity behind it paved the way for the evolution from single video game consoles to those that allow players to change cartridges as and when they please.

Born December 1, 1940, in Brooklyn, New York, Lawson’s interest in electronics started at a very young age. Speaking with Vintage Computing, Lawson recalled some of the unusual toys he received from his father including the Irish Mail.

“The Irish Mail was a hand car that operated on the ground. It was all metal, and you could sit on it. You steered it with your feet, and it had a bar in the front and the bar with a handle. You’d crank it, and it would give you forward or backward motivation, depending on which way you start with it.

I was probably the only kid in the neighborhood who knew how to operate it, so I used to leave it out all night sometimes. I’d find it down the block, but no one would take it, because they didn’t know how to operate it,” he said.

Lawson also credits his mother, who ensured he attended a prestigious almost all-white public school, and one of his teachers, Ms. Guble, for making him believe anything is possible. He also admitted this influence further sparked his interest in becoming a scientist.

“I had a teacher in the first grade — and I’ll never forget that — her name was Ms. Guble. I had a picture of George Washington Carver on the wall next to my desk. And she said, “This could be you.” I mean, I can still remember that picture, still, remember where it was,” he said.

As a young kid through to his teens, Lawson, without any formal training in electronics whatsoever had achieved quite some remarkable feats. In the 1940s, he had his own amateur radio station in Jamaica, Queens, for which he had an operating license. He also made walkie-talkies which he sold and repaired televisions for some parts of his teenage years.

After studying at Queens College and the City College of New York, Lawson had working stints at Grumman Aircraft, Federal Electric, PRD Electronics, and Kaiser Electronics. After securing the Kaiser Electronics job, whose scope of work was centered on military technology, he moved to Silicon Valley, according to Engadget.

As one of the few Black engineers in those times, Lawson admitted the race factor affected his job prospects, but the end results of his accomplishment were satisfactory.

“It could be both a plus and a minus. Where it could be a plus is that, in some regard, you got a lot of, shall we say, eyes watching you. And as a result, if you did good, you did twice as good, ’cause you got instant notoriety about it.”

Lawson’s time at Fairchild Semiconductor, where his ingenuity contributed to the birth of the first-ever console with changeable cartridges began in 1970. From the freelance engineering department to being made the Chief Hardware Engineer and director of engineering and marketing for their video game division, they were pessimistic about the functionality of the Fairchild Channel F as they feared it may cause an explosion among other things.

“We were afraid — we didn’t have statistics on multiple insertions and what it would do, and how we would do it, because it wasn’t done. I mean, think about it: nobody had the capability of plugging in memory devices in mass quantity like in a consumer product. Nobody,” he said.

After the development of the Fairchild Channel F, another hurdle they had to jump was getting certification from the FCC as it was “the first microprocessor device of any nature” to go through testing. They were, eventually, able to sail through.

Speaking with Mercury News about how he was able to achieve the almost impossible, Lawson said: “The whole reason I did games was that people said, ‘You can’t do it,’”

“I’m one of the guys, if you tell me I can’t do something, I’ll turn around and do it.”

At Fairchild, Lawson was among the very few black members of the Homebrew Computer Club, a computer hobbyist group in Silicon Valley that had Steve Jobs and Steve Wozniak as members.

In 2011, Lawson was honored by the International Game Developers Association (IGDA) for his contributions to the cartridge concept.