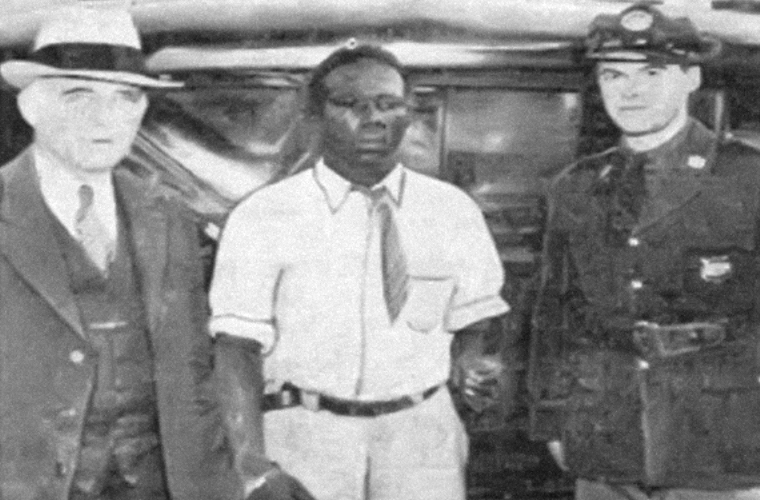 Before the brutal murder of 14-year-old Emmett Till in 1955, the harrowing story of George Armwood in 1933 had sent shivers down the spines of the people of Maryland. Armwood was dragged from a cell, stabbed, and then lynched on a tree before some 2000 white folks in Princess Anne baying for his blood. But the horror was not over as he was brought down, burnt and his charred body dragged through the town with his body parts thrown towards the quarters of the Blacks to make a sandwich with.

The Maryland State Archives reveal Armwood lived in Pocomoke City and worked as a laborer for a white employer, John H. Richardson, before his murder. It is uncertain what triggered the assault which Armwood didn’t deny. He was said to be quiet and generally well-liked although friends reckoned he was feeble-minded or mentally ill. According to the Maryland State Archives, on October 16, 1933, Denston was walking down the road near a field in Princess Anne, Maryland when Armwood allegedly assaulted her. She then filed a complaint with the police who then arrested Armwood.

The archives reveal Richardson, Armwood’s employer, may have attempted to help Armwood to flee but the latter was arrested by the police in the former’s house. While some accounts suggest Armwood raped the elderly woman, other accounts note Armwood acknowledged attacking the woman but never assaulted her sexually. Armwood for his safety was taken to the Salisbury jail, miles away from Princess Anne, to avoid mob justice as there had been a lynching two years prior to another Black man; Matthew Williams.

By 5 o’clock, a mob was forming, and Armwood was transferred to Baltimore for safe-keeping, according to the archives but the locals piled pressure on Somerset County Judge Robert F. Duer and State Attorney John Robins to return Armwood from Baltimore. Eventually, Gov. Albert Ritchie yielded. Armwood upon his return to Somerset County was placed on the second floor of the jail with other black prisoners. A crowd quickly assembled at the jail with two 15-foot timbers as battering rams and breached the jailhouse doors.

With Armwood in their hands on October 18, 1933, an 18-year-old boy immediately cut off his ear with a butcher knife. The growing mob then beat Armwood nearly to death and dragged him to a tree, where he was hanged. Afterward, the mob cut down his corpse, dragged it through the streets, hanged it again, and then staged a public burning. The New Journal and Guide reported that “men, women, and children, participated in the savage orgy.” The Afro-Americans reported that the mob danced around Mr. Armwood’s charred remains. The report quoted one white man, who said, “It would have cost the state $1000 to hang the man. It cost us 75 cents.”

Armwood’s lynching sparked a national outcry and calls for prosecution of the culprits, yet investigations at the county, state, and federal levels faced obstacles and delays.

Even when finally presented with identifying evidence, the county prosecutor refused to act. When the Maryland Attorney General ordered troops to arrest eight named participants, white residents who supported the alleged killers waged riots of protest. Four white men were ultimately tried for the lynching of Armwood and were acquitted by all-white juries.

Laws make a society thrive, it is what distinguishes humans from beasts but a community of over 2000 people chose to inflict such barbarism on an accused man. The crowd surely had men, women, and children who were religious yet could not forgive and let the law take its course. In the case of Armwood, no one was ever charged or indicted for his lynching, despite 42 witnesses testifying to seeing the act, including black prisoners who were at the Princess Anne Jail when he was dragged out.