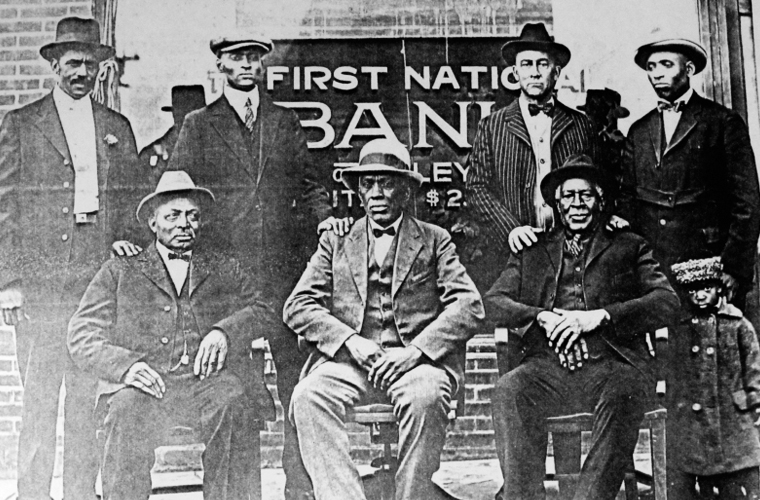 The town of Boley, located in the western part of Okfuskee County in Oklahoma, was one of the most vibrant black towns in all of the Indian Territory in the early 20th century. It was also once described by Booker T. Washington as “the finest black town in the world.” At the time, Boley had the reputation for being the largest black town in the United States, with an estimated black population of over 4,000 people.

Businesses were thriving as there were black owned restaurants, hotels and other establishments as part of the city’s legacy. The town was known throughout the state for hosting renowned events every year, such as the Boley Black Rodeo. Horsemen would arrive in the town from all over the region just to participate in the famous event, which took place during Memorial Day weekend.

This town, which was established in 1903, was also known for being the location where one of the most famous bank robberies unfolded. Some of the black residents prevented the Pretty Boy Floyd gang from robbing the town’s only bank.

Gangster Floyd warned his gang members against robbing “Farmers and Merchants Bank,” the state’s first nationally chartered black-owned bank. The people of the town were hard workers and business minded people. Gangster Floyd knew the people of Boley had guns and wouldn’t hesitate to shoot and kill him and his gangsters. However, the group did not heed Floyd’s warning; they burst into the bank and warned the people not to pull the alarm.

The bank’s bookkeeper, H.C. McCormick, saw the robbers enter. He slipped into the bank’s vault, retrieved the rifle, and aimed it at Birdwell who was scooping up cash. At the same time, the Bank’s president, D.J. Turner, was on duty. He loved Boley and was determined to defend it. The alarm sounded and Birdwell questioned whether the alarm had been pulled. Turner had admitted to pulling the alarm, and that is when Birdwell shot and killed him. The bookkeeper saw what took place, and then he shot and killed Gangster Birdwell.

Once their leader was down, Birdwell’s companions attempted to run. As they ran outside the bank, they found themselves surrounded by citizens of the all-black town. The people in Boley had heard the alarm and gathered outside the bank with their squirrel rifles and bird guns aimed at the fleeing outlaws. When the gunfire ended, Charles Glass lay dead, killed by J.L. McCormick, the town’s city marshall and H.C. McCormick’s brother. Pretty Boy Floyd had plans to avenge the murders of his friends, but he never got a chance as he was gunned downed in Ohio a two years later.