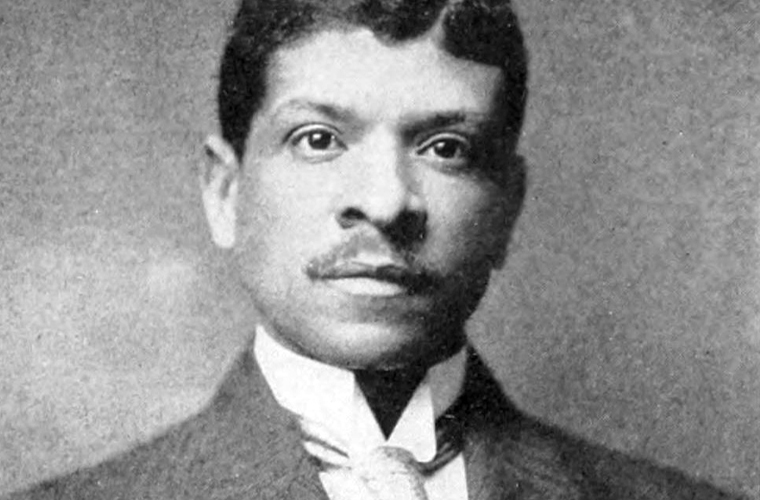 Born during Reconstruction in Columbus County, North Carolina, Spaulding grew up on the farm owned by his father, Benjamin. During his childhood, Charles rose early every morning and worked during most of his waking hours. Though mainly a farmer, Benjamin was also an entrepreneur, working part-time as a smith and carpenter. Aside from his accomplishments in agriculture and business, Benjamin served as the sheriff of Columbus County. Much later Charles remarked that his father’s high-spirited diligence furnished him with an example to emulate. 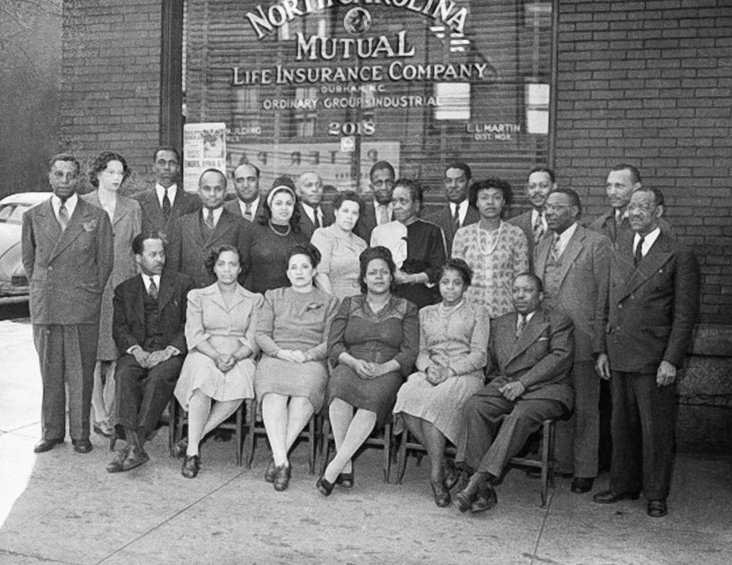 In 1894, Charles Spaulding left the family farm for Durham, where he settled with an uncle and took jobs as a bellhop, dishwasher, and waiter. During his hours off from these menial jobs, Spaulding attended school, earning the equivalent of a modern high-school diploma in 1898. He was then hired as manager of a black-owned cooperative grocery store. After the store’s owners became discouraged about its prospects, they sold their interests in the store in 1899, causing it to collapse and leaving Spaulding $300 in debt.

Hard work alone would likely have prevented Spaulding’s debt from leaving him destitute, but after the grocery store failed, his assiduity was supplemented by a fortuitous circumstance: in 1898, seven black entrepreneurs, including the uncle with whom Spaulding lived, founded the North Carolina Mutual and Provident Association. Each of the seven invested $50 in the new venture. Two of the entrepreneurs—Spaulding’s supportive uncle, A. M. Moore, and a prominent Durham barber, John Merrick—noticed Spaulding’s managerial gifts while he was head of the grocery store. Because the seven founders of North Carolina Mutual had other successful careers, none of them had time to run the new company, so they hired Spaulding to sell policies. In 1900, they named him general manager.  (The title was slightly misleading, for Spaulding was, at the time, the company’s only employee.) Building a network of agents across North Carolina, Spaulding quickly expanded North Carolina Mutual’s operations. In 1904, the company began selling policies in South Carolina; by 1908, the firm had 100,000 clients.

Shrewdly advertising life insurance policies on medical thermometers and spittoons, the company continued to grow during the next decade. In 1919, Merrick died, and the board of North Carolina Mutual elected Spaulding secretary-treasurer. He used the clout obtained with this new role to restructure the company. That year it was renamed the North Carolina Mutual Life Insurance Company, and soon thereafter, its operations were in thirteen states and the District of Columbia. Though Spaulding had been the company’s de facto leader since 1900, he was named president after Moore’s death in 1923.

By the late 1920s, Spaulding had achieved national prominence, earned national business awards, and joined President Herbert Hoover’s Federal Relief Committee. Like other insurance companies, North Carolina Mutual suffered a series of setbacks during the Great Depression, but Spaulding restructured the company as needed by trimming expenses and reducing the size of the firm’s staff. According to Sylvia Jacobs, in a letter to W.E.B. Du Bois, Spaulding asserted that the Depression would cultivate a generation of superior business managers by forcing them to operate businesses more efficiently.

During World War II, Spaulding not only assisted the U.S. Government in selling war bonds to African-Americans but also invested a large percentage of North Carolina Mutual’s funds in the bonds. In 1948, Spaulding, by then an American business icon, visited much of Europe; he subsequently wrote, “I shall always feel grateful that my ancestors were transplanted to North America. It is the best place in the world that I have found to live and leave one’s mark.”

Spaulding died in 1952, on his seventy-eighth birthday. His optimism, industry, and thrift influenced a generation of African-American entrepreneurs.