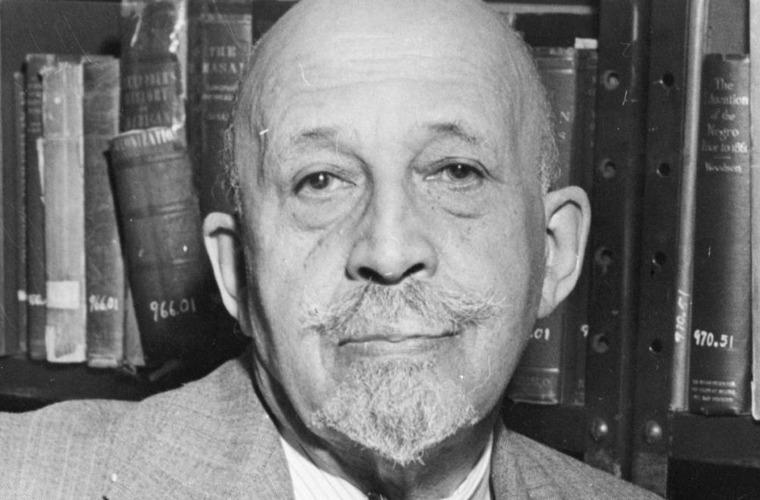 William Edward Burghardt Du Bois, better known as W.E.B. Du Bois was born on February 23, 1868, in Great Barrington, Massachusetts. While growing up in a mostly European American town, W.E.B. Du Bois identified himself as “mulatto,” but freely attended school with whites and was enthusiastically supported in his academic studies by his white teachers. In 1885, he moved to Nashville, Tennessee, to attend Fisk University. It was there that he first encountered Jim Crow laws. For the first time, he began analyzing the deep troubles of American racism. After earning his bachelor’s degree at Fisk, Du Bois entered Harvard University. He paid his way with money from summer jobs, scholarships, and loans from friends.

After completing his master’s degree, he was selected for a study-abroad program at the University of Berlin. While a pupil in Germany, he studied with some of the most prominent social scientists of his day and was exposed to political perspectives that he touted for the remainder of his life. Du Bois became the first African American to earn a Ph.D. from Harvard University in 1895 and went on to enroll as a doctoral student at Friedrich-Wilhelms-Universität (now Humboldt-Universität). (He would be awarded an honorary doctoral degree from Humboldt decades later, in 1958.)

Not long after, Du Bois published his landmark study — the first case study of an African-American community — The Philadelphia Negro: A Social Study (1899), marking the beginning of his expansive writing career. In the study, he coined the phrase “the talented tenth,” a term that described the likelihood of one in 10 black men becoming leaders of their race. While working as a professor at Atlanta University, W.E.B. Du Bois rose to national prominence when he very publicly opposed Booker T. Washington‘s “Atlanta Compromise,” an agreement that asserted that vocational education for blacks was more valuable to them than social advantages like higher education or political office. Du Bois criticized Washington for not demanding equality for African Americans, as granted by the 14th Amendment. Du Bois fought what he believed was an inferior strategy, subsequently becoming a spokesperson for full and equal rights in every realm of a person’s life.

In 1903, Du Bois published his seminal work, The Souls of Black Folk, a collection of 14 essays. In the years following, he adamantly opposed the idea of biological white superiority and vocally supported women’s rights. In 1909, he co-founded the National Association for the Advancement of Colored People and served as editor of its monthly magazine, The Crisis.

A proponent of Pan-Africanism, Du Bois helped organize several Pan-African Congresses to free African colonies from European powers. W.E.B. Du Bois died on August 27, 1963 — one day before Martin Luther King Jr. delivered his “I Have a Dream” speech at the March on Washington — at the age of 95, in Accra, Ghana, while working on an encyclopedia of the African Diaspora.