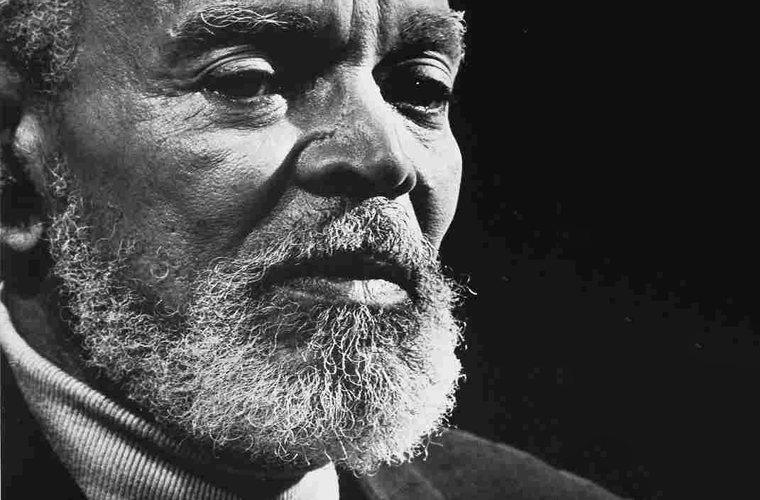 Chester Bomar Himes (July 29, 1909 – November 12, 1984) was an American writer. His works include If He Hollers Let Him Go and the Harlem Detective series.

Chester Himes grew up in a middle-class home in Missouri. When he was about 12 years old, his father took a teaching job in the Arkansas Delta at Branch Normal College, now the University of Arkansas at Pine Bluff. Himes’s family left Pine Bluff and relocated to Cleveland, OH, where he attended high school and Ohio State University in Columbus. In 1928 he was arrested and sentenced to jail and hard labor for 20 to 25 years for armed robbery and sent to Ohio Penitentiary. In prison, he wrote short stories and had them published in national magazines.

His first stories appeared in 1931 in The Bronzeman and, starting in 1934, in Esquire.

In 1934 Himes was transferred to London Prison Farm and in April 1936 was released on parole into his mother’s custody. Following his release, he worked at part-time jobs while continuing to write. During this period he came into contact with Langston Hughes, who facilitated Himes’s contacts with the world of literature and publishing.

In the 1940s Himes spent time in Los Angeles, working as a screenwriter but also producing two novels If He Hollers Let Him Go and The Lonely Crusade, that charted the experiences of the wave of black in-migrants, drawn by the city’s defense industries. He also provided an analysis of the Zoot Suit Riots for The Crisis, the magazine of the NAACP.

By the 1950s Himes had decided to settle in France, a country he liked in part due to his popularity in literary circles. In Paris, Himes’ was the contemporary of the political cartoonist Oliver Harrington and fellow expatriate writers Richard Wright, James Baldwin, and William Gardner Smith.