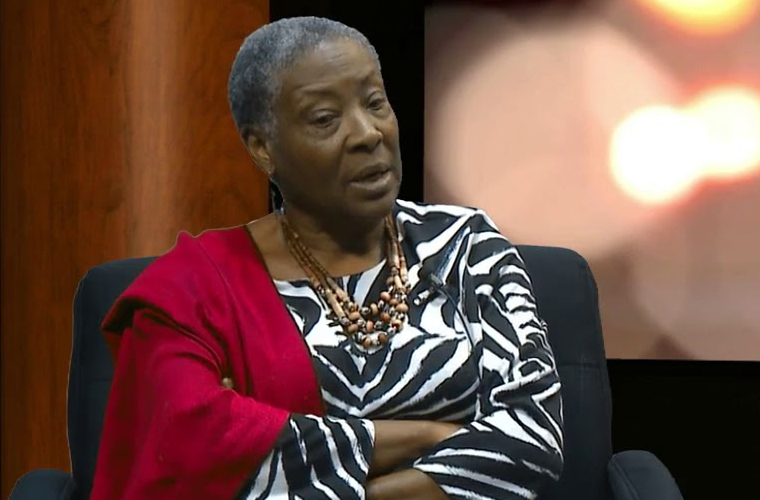 In a professional writing career that spans more than twenty years, Marita Golden has distinguished herself as a novelist, essayist, teacher of writing and literary institution builder. Her fiction includes the novels Long Distance Life, (a best-seller, cited as a Best Book of the Year by Washington Post critic Jonathan Yardley), A Woman’s Place, And Do Remember Me, and The Edge of Heaven. In the genre of nonfiction, Marita Golden has edited three anthologies, Gumbo: An Anthology of African America Writing with E. Lynn Harris; Wild Women Don’t Wear No Blues: Black Women Writers on Love, Men, and Sex; and with writer Susan Shreve, Skin Deep: Black and White Women on Race.

As a memoirist and essayist, Golden has authored Migrations of the Heart, Saving Our Sons: Raising Black Children in a Turbulent World, and A Miracle Every day: Triumph and Transformation in the Lives of Single Mothers. All of Marita Golden’s texts are widely read and used in college courses that represent a wide range of disciplines, from literature, African American Studies, and anthropology, to women’s studies.

As a teacher of writing, Marita Golden has held appointments at George Mason University, and Virginia Commonwealth University, where she served as a member of the MFA Graduate Creative Writing Program. She has also taught at Emerson College, The University of Lagos (Nigeria), Roxbury Community College, and American University.

Marita Golden has lectured on the topic of literature, women’s studies, African-American Studies, and African American literature nationally and internationally. She has read from her work and held writer-in-residence positions at many schools, including Brandeis University, Hampton University, Simmons College, Columbia College, William and Mary, Old Dominion University and Howard University. She has also been a guest on the Oprah Winfrey Show. Articles and essays by Marita Golden have appeared in Essence Magazine, the New York Times and The Washington Post.

Marita Golden founded and served as the first president of the Washington-D.C. based African American Writers Guild. Since 1990 she has headed the Zora Neale Hurston/Richard Wright Foundation, which presents the nation’s only national fiction award for college writers of African descent and an annual summer writer’s workshop for Black writers, Hurston/Wright Writers’ Week, as well as the Hurston/Wright Legacy Award for published Black writers.

Among the awards Marita Golden has received in recognition of her writing career and her work as a “literary cultural worker,” are the 2002 Authors Guild Award for Distinguished Service to the Literary Community, the Barnes and Noble 2001 Writers for Writers Award presented by Poets and Writers; an honorary Doctorate from the University of Richmond; Induction into the International Hall of Fame for Writers of African Descent at the Gwendolyn Brooks Center at Chicago State University; Woman of the Year Award from Zeta Phi Beta; and a Distinguished Alumni Award from American University.