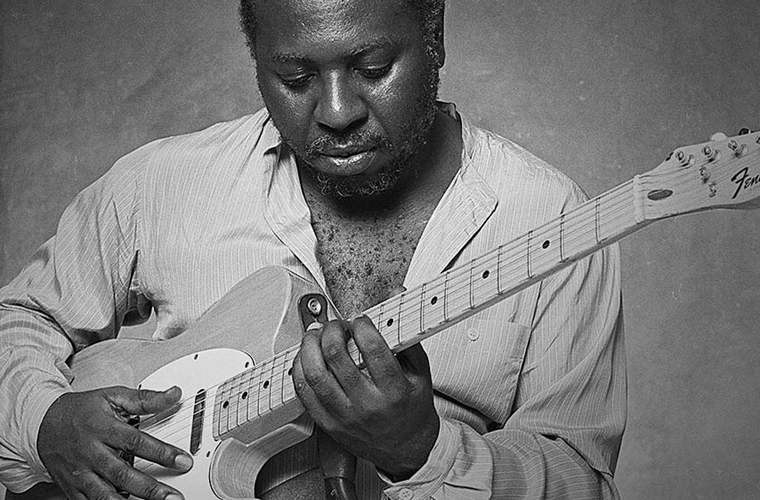 Curtis Mayfield, (born June 3, 1942, Chicago, Illinois, U.S.—died December 26, 1999, Roswell, Georgia), American singer, songwriter, guitarist, producer, and entrepreneur who was one of the principal architects of Chicago-based soul music during the 1960s and ’70s. Beginning with his earliest songs—such as “Gypsy Woman” (1961), “It’s All Right” (1963), “Keep On Pushing” (1964), and “People Get Ready” (1965)—when he was lead vocalist of the Impressions, Mayfield wrote highly inspirational, humanistic pieces concerned with African American uplift. His compositions became standards in the repertoire of artists as varied as Rod Stewart, Bob Marley, and Brian Hyland.

Mayfield entered the music business in 1957 when he became a vocalist and guitarist with the Impressions, whose other members were Jerry Butler, Sam Gooden, and brothers Richard and Arthur Brooks. Butler left in 1958 and was replaced by Fred Cash; the Brooks brothers left in 1962. With the group reduced to a trio, Mayfield, along with Gooden and Cash, devised a much-imitated vocal style, a pronounced three-part alternating lead, which allowed Mayfield’s delicate high tenor to be balanced by Gooden’s bass and Cash’s low tenor. Derived from gospel music, this switch-off technique called for each vocalist to take a turn with the lead part while the others provided backing harmony. It was later adopted by groups such as Sly and the Family Stone and Earth, Wind and Fire.

A remarkably innovative guitarist, the self-taught Mayfield tuned his instrument to a natural chord to achieve a subtle, lyrical sound. Many other guitarists in Chicago imitated his playing, and the Mayfield style showed up on innumerable soul records made in his hometown. Mayfield also was a major contributor of songs to other soul performers—most of them from Chicago. Among those who recorded his compositions were Jan Bradley, Jerry Butler, Gene Chandler, Aretha Franklin, Walter Jackson, Gladys Knight, and the Pips, Major Lance, and the Staple Singers. In the late 1960s, with such songs as “We’re a Winner” (1967) and “Choice of Colors” (1969), recorded with the Impressions, Mayfield played a crucial role in transforming black popular music into a voice for social concern during the struggle for civil rights.

In 1961 he became one of the first African Americans to found his own music publishing company. Six years later he established the highly successful Curtom Records, which became a leading producer of soundtrack albums for black-oriented films and for which Mayfield and such artists as Gene Chandler, Major Lance, and the Five Stairsteps recorded. Mayfield left the Impressions in 1970 to work as a soloist and subsequently became a major force in the development of funk, with such songs as “(Don’t Worry) If There’s a Hell Below We’re All Going to Go, ” “Beautiful Brother of Mine,” and “We People Who Are Darker Than Blue.” Although he achieved considerable recognition for such albums as Curtis (1970) and Curtis/Live! (1971), it was through the recording of soundtracks for motion pictures that Mayfield achieved his biggest success, particularly with Superfly (1972). Mayfield’s last top ten rhythm-and-blues hit was “Only You Babe” in 1976. He struggled during the subsequent disco era and by the mid-1980s was no longer a factor on the rhythm-and-blues or pop charts.

Mayfield was paralyzed from the neck down by a freak accident during a concert in 1990. He received a Grammy Award for lifetime achievement in 1995, and he was inducted into the Rock and Roll Hall of Fame as a member of the Impressions in 1991 and as a solo artist in 1999. He was the author of Poetic License: In Poem & Song (1996), a book of poetry and song lyrics.