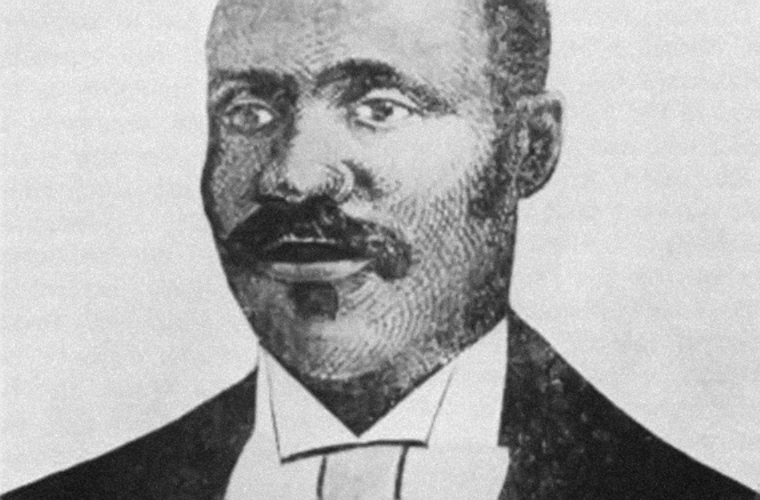 David George was born a slave in Virginia. He grew up on a plantation with his family and a master of uncommon cruelty. Both of his parents were brought over from Africa and were not Christian, according to George. George said that his mother was often whipped until she bled and that one of his brothers was nearly whipped to death for trying to run away. The treatment of his mother is what prompted George to run away.

David George fled about 200 miles and was befriended by a group of white travelers. He worked with them for a while and then found out that there was a reward being offered for him. He left from there and worked for another white man for a few years, but was still pursued by his master. Again he ran and was captured by a native leader named Blue Salt. David George was Blue Salt’s prize and worked for him, but George noted that the natives treated him kindly. George’s master found him and came to pay Blue Salt with rum, linen and a gun for the return of George. George ran away before he was captured and became the slave of a man named Gaulfin.

George worked for Gaulfin for four years, was married and had his first child. It was after the birth of his baby that he met another black man, Cyrus, who first talked about the Lord with him. Cyrus told George that if he continued to live as he was that he would never see the glory of the Lord. This disturbed George and he began to pray and think about salvation constantly. He regularly attended services at George Liele’s Baptist church. He became interested in preaching and started having services with the people while he was living in Silver Bluff.

At the beginning of the American war, preachers were stopped from coming into black communities and the minister asked George if he would carry on the preaching in his place. George then learned to read and write by enlisting the help of the master’s children, learning the alphabet and other words while using the bible as a base. He began reading the bible and conducting services regularly.

When his master abandoned his farm to flee British troops, George was a free man again. He worked for the British and acted as a food broker for their troops in Savannah, as well as conducting some services for the Black people with George Liele, who was in a similar circumstance. As the war drew to a close, some friendly British arranged for him to get safe passage to Nova Scotia.

David George came to Halifax, Nova Scotia as a member of the Black Loyalists. He went from Halifax to Shelburne to preach amongst the black settlers in the community of Birchtown. He began preaching to and baptizing the blacks within the community. George had opposition from the white population as soon as he arrived, but it became much more severe when white people joined his congregation. When he baptized a white member of his congregation, the people became riotous, beat him with sticks and drove him away. Afterwards, David George became involved in preparing for the voyage to Sierra Leone. He and his family made the journey and George continued his preaching there.

Upon arrival in Sierra Leone, David George and his Black Baptists had similar problems to the ones they faced in Nova Scotia. The white people of Sierra Leone were just as ignorant and racist as many of the people in Nova Scotia. George played a big role in keeping his Black Baptists calm during the troublesome times in Sierra Leone; some criticized George for being so tolerant of the administration. George played a big part in the settlement of the community and was voted to the position of tythingman, an important political position in their society.