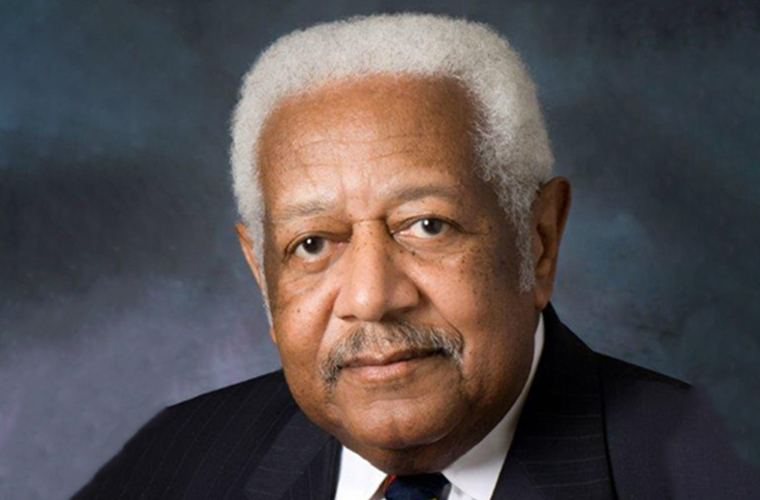 Physician and academic administrator Dr. Donald E. Wilson was born on August 28, 1936, in Worcester, Massachusetts to Rivers and Licine Wilson. He attended Dix Street Preparatory School and North High School in Worcester, Massachusetts. Wilson then attended Harvard University and received his B.A. degree in biology in 1958. He later received his M.D. degree from Tufts University School of Medicine in 1962.

Wilson completed his residency at the Veterans Administration Hospital in Boston; and, in 1964, worked as the senior medical resident in gastroenterology. Wilson then became the chief resident and research fellow at Lemuel Shattuck Hospital in 1965. In 1966, after being drafted into the United States Air Force and stationed in Omaha, Nebraska, he served as a medical consultant for the V.A. Hospital as well as the chief of internal medicine while chairing the department of medicine at Ehrling Bergquist U.S.A.F. Hospital. Wilson was discharged in 1968, and subsequently moved to New York and joined the Brooklyn Cumberland Medical Center as associate chief of gastroenterology.

During this time, he also served as an instructor and attending physician at the State University of New York Hospital, Downstate Medical Center in Brooklyn. In 1971, Wilson was hired by the University of Illinois as an assistant professor and director of the division of gastroenterology. By 1975, he was promoted to full professor. In 1980, Wilson returned to SUNY Downstate Medical Center as professor and chairman of the department of medicine. In 1991, he became dean of the University of Maryland at Baltimore School of Medicine, making him the first African American to be dean of a non-minority medical school in the United States. He served there until 2006 when he retired. In 2008, Wilson briefly came out of retirement to serve as senior vice president for health sciences at Howard University until 2010.

Wilson has received numerous awards throughout his career, including the Frederick Douglass Award from the University System of Maryland Board of Regents, being named Baltimore Magazine’s 2007 Baltimorean of the Year, and the Abraham Flexner Award from the Association of American Medical Colleges.

Wilson lives in Maryland with his wife, Patricia. He has four children.