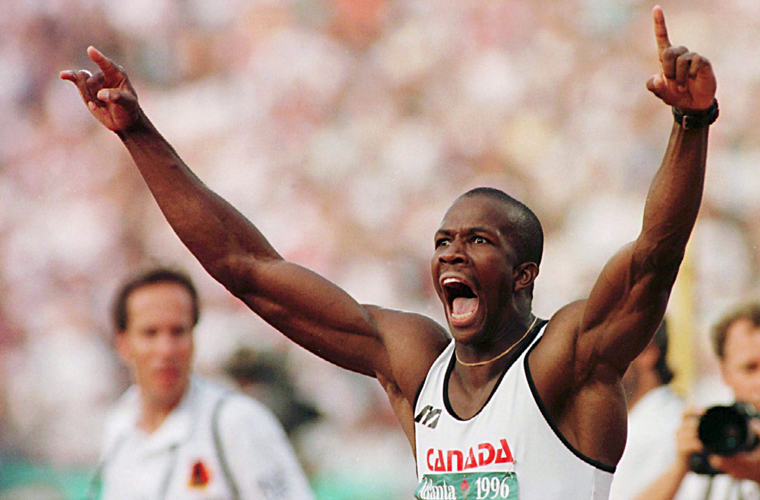 Donovan Bailey, (born Dec. 16, 1967, Manchester, Jam.), Jamaican-born Canadian sprinter who specialized in the 100-meter dash, winning a gold medal in the event at the 1996 Olympics in Atlanta.

Bailey moved to Oakville, Ont., Can., in 1981 to live with his father. He was on the track team in high school, and at age 16 he ran the 100-meter dash in 10.65 sec. He did not pursue running seriously, however, and instead focused on basketball. He played forward on the basketball team at Sheridan College, Oakville, where he studied economics. After receiving a diploma in business administration, Bailey started his own marketing and investment-consulting business. Sports became his hobby, and he occasionally entered sprint races. In 1991 he won the 60-meter dash at the Ontario indoor championships. Training only sporadically, Bailey did not make the Canadian track team for the 1991 world championships or the 1992 Olympics.

In 1993 Bailey was a member of the Canadian team at the world championships. It was there that he met coach Dan Pfaff, who invited Bailey to train with him. Pfaff subsequently overhauled his technique and helped him polish his style. As a result, Bailey improved his starts and his ability to sustain his speed throughout the race. By the end of 1994, he was ranked eighth in the world in the 100-meter dash. He ran the 100 meters in less than 10 seconds for the first time in the spring of 1995. In July of that year Bailey set a Canadian record of 9.91 sec at the Canadian track and field championships, and in August he won the 100 meters at the world championships. He set his first world record in 1996 in the 50-meter dash at the Reno Air Games.

Bailey structured his 100-meter run as 20 meters of start, 50 meters of acceleration, and 30 meters of relaxation. The approach proved successful at the Atlanta Olympics, where he won the 100-meter dash in a record time of 9.84 sec to earn the appellation “the world’s fastest man” (his time was bested by Maurice Greene in 1999). Bailey then ran the last leg of the 4 × 100-meter relays to help the Canadian team win a gold medal in that event. Bailey received the Canadian Sports Award in 1996. At the following year’s world championships, he won a silver medal in the 100 meters and was part of the gold-winning 4 × 100-meter relay team. Subsequent injuries, most notably a torn Achilles tendon, hampered his performance, and in 2001 Bailey retired. He subsequently worked as a television commentator, and in 2002 he founded the Donovan Bailey Foundation, which assists amateur athletes in Canada.