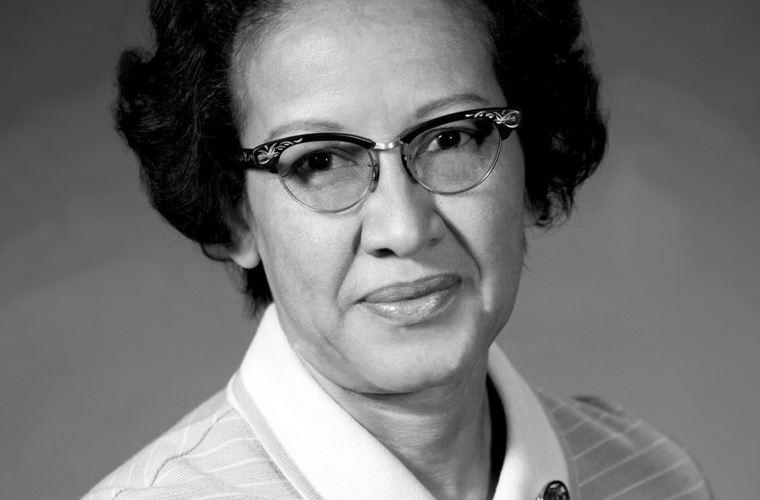 Dorothy Johnson Vaughan worked as a NASA mathematician on the SCOUT Launch Vehicle Program that launched America’s first satellites into space. Dorothy Johnson Vaughan was an African-American mathematics teacher who became one of the leading mathematical engineers in the early days of the aerospace industry. After the U.S. defense industry desegregated, Vaughan worked with leading computer operators and engineers, becoming an expert in the FORTRAN programming coding language at NASA. She worked on the SCOUT Launch Vehicle Program that shot satellites into space. Vaughan and other female African-American mathematicians are the subjects of a 2016 film Hidden Figures. Dorothy Johnson was born in Kansas City, Missouri on September 20, 1910. At age seven, her parents, Leonard and Anne Johnson, moved the family to Morgantown, West Virginia. Dorothy graduated from Beechurst High School in 1925 and four years later received a Bachelor of Science degree from Wilberforce University in Ohio. In 1932, she married Howard Vaughan. For the next eleven years, Dorothy divided her time between being a homemaker and a mathematics teacher at Robert Russa Moton High School in Farmville, Virginia. In 1943, the family moved to Newport News, Virginia, and Vaughan was employed as a mathematician at the National Advisory Committee for Aeronautics (the predecessor agency to NASA) in what she thought would be a temporary job.

A beneficiary of President Franklin D. Roosevelt’s Executive Order 8802, Vaughan was among the first group of African Americans to be hired as mathematicians and scientists. The executive order prohibited discrimination based on race, religion, and ethnicity in the defense industry. However, even with the executive order, state and local laws required “colored” mathematicians to work separately from their white female counterparts. Dorothy Johnson Vaughan was assigned to the segregated “West Area Computing” unit, where she was required to use separate dining and restroom facilities. At NACA, she was responsible for calculating mathematical computations for engineers conducting aeronautical experiments in wind tunnels on the variables affecting drag and lift of aircraft.

In 1949, Dorothy Johnson Vaughan became the first black supervisor at NACA when she was promoted to manager of the West Area Computers. This workgroup was composed entirely of African-American female mathematicians. The title gave her rare visibility and she collaborated with other well-known computer operators on various projects. She also became a dedicated advocate for female employees who deserved promotions or raises, often supporting white women as well.

Dorothy Johnson Vaughan led the West Area Computing program for a decade. Then in 1958, as NACA was transitioning into the National Aeronautics and Space Administration (NASA), the agency abolished the segregated working environment. Vaughan joined the new Analysis and Computation Division, becoming an expert FORTRAN programmer, and worked on the SCOUT (Solid Controlled Orbital Utility Test) Launch Vehicle Program, one of the nation’s most successful and reliable launch vehicles, used for launching a 385-pound satellite into a 500-mile orbit.

Pictured from left to right: Dorothy Vaughan with Leslie Hunter and Vivian Adair.

Dorothy Johnson Vaughan sought but never received another management position at NASA. She retired in 1971. During the final decade of her career, Vaughan worked closely with fellow NASA mathematicians Katherine G. Johnson and Mary Jackson on the launch of astronaut John Glenn into orbit, which brought confidence back to America’s space program. Vaughan died on November 10, 2008. Her legacy and the story of the other women of West Computing lives on in the 2016 film Hidden Figures.