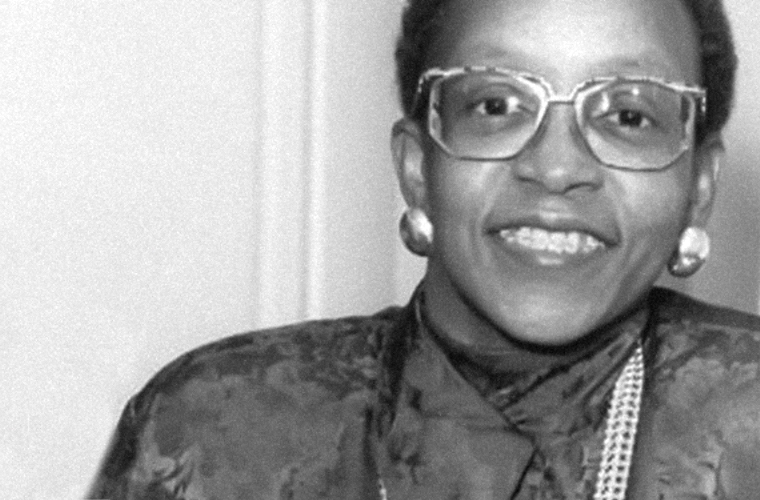 As a young medical student at Howard University College of Medicine from 1972 to 1976, Janet Mitchell saw patients from some of the poorest neighborhoods in Washington, D.C. Later, from 1976 to 1980, she served both her postgraduate internship and residency at New York’s Harlem Hospital Center. “Working at Harlem and doing almost all of my rotations in medical school at D.C. General Hospital, I said ‘there but by the grace of God—go I.’ I have ever since devoted myself to the underserved and the most disenfranchised.”

Born in Lexington, Kentucky, in 1950, Janet Mitchell, the daughter of a butler and a domestic servant, grew up in the projects. With the financial help of a government scholarship, she earned her undergraduate degree from Mount Holyoke College in Massachusetts in 1972. “I originally wanted to do basic science research but realized that I liked ‘people’ too much to lock myself in a lab. So my junior year of college I applied to medical school. It was during my second year of med school when I realized that medicine was what I was made for.” She earned her master’s degree in public health degree from Harvard University in 1987.

While chief of perinatology in the Department of Obstetrics and Gynecology at Harlem Hospital Center from 1988 to 1996, Dr. Mitchell ran the largest prenatal program for pregnant, drug-addicted women in New York City. In 1994, she successfully lobbied the National Institutes of Health to include black women in testing AIDS drugs during pregnancy. She was known for sending hospital staff out into the neighborhood to find patients who had missed their prenatal appointments and refused to turn away uninsured, HIV-infected women. Her support of her patients led her to a confrontation with a leading gay-rights activist group that questioned the inclusion of black women in drug trials. “I felt the activists were paternalistic and didn’t understand the trial was an opportunity to have all the options available to them. Poor doesn’t mean dumb,” she added.

Dr. Mitchell has written more than fifty articles and book chapters related to her areas of specialization. She has received two major grant awards from the Centers for Disease Control, one for a perinatal HIV and Aids education and reduction demonstration project from 1988 to 1992 and the other to study pregnancy and pregnancy outcomes of African-American women in the United States from 1993 to 1997. In 1993 she chaired the consensus panel to develop the Pregnant, Substance-abusing Women, Treatment Improvement Protocol for the Substance Abuse and Mental Health Services Administration under the United States Department of Health and Human Services.

Dr. Mitchell has worked as director of outreach, chief of obstetrics, and residency director in the Department of Obstetrics and Gynecology and Reproductive Medicine at Lincoln Medical and Mental Health Center in The Bronx, New York.

Dr. Mitchell is a member of numerous professional panels and associations, including the Blue Ribbon Panel of the Campaign for Women’s Health in 1992, and prepared a commissioned paper on Legal and Ethical Issues relating to Inclusion of Women in Clinical Studies for the Institute of Medicine, National Academy of Science in 1993. She received awards for dedicated service and commitment to the health care of African-American women from the Harlem Hospital Center in 1993, the award for service to a minority community from the Black Caucus of Health Care Workers of the American Public Health Association in 1993, and the third annual Dr. Linda Laubenstein HIV Clinical Excellence Award, given by the New York State Department of Health AIDS Institute in 1994.