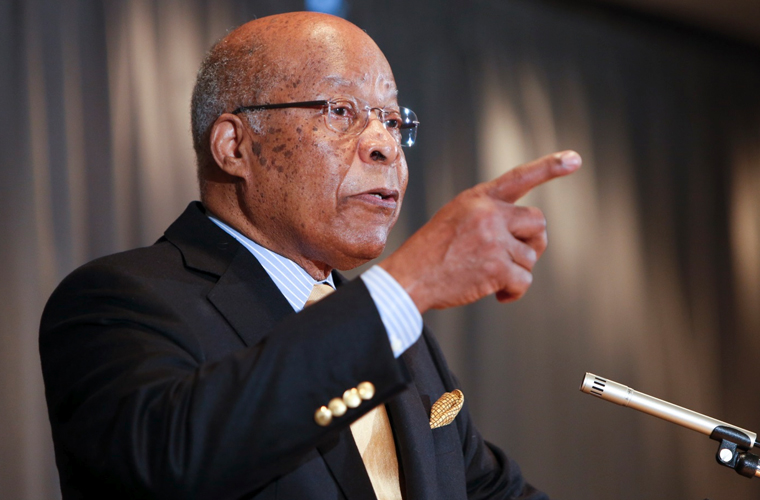 After witnessing poverty and discrimination in Depression-era Georgia, Louis Wade Sullivan committed his career to education and public service, rising to become Secretary of Health and Human Services under President George H.W. Bush. He also was the founder and long-time president of Morehouse College School of Medicine in Atlanta, Georgia.

Louis Wade Sullivan was born in Atlanta in 1933, but when his family moved to a small Georgia farming community that did not offer educational opportunities for African Americans, he was sent to live with relatives in Savannah where he could attend school. After graduating at the top of his high school class, he entered Morehouse College in Atlanta, earning a B.S. in the premedical program in 1954. He then received a scholarship to Boston University School of Medicine, where he was the only African American in his class. He graduated third in his class, earning an M.D. (cum laude) in 1958. During his internship and residency at New York Hospital-Cornell Medical Center, Sullivan conducted research into the correlation between blood and diseases. He made several discoveries concerning alcohol and blood health and subsequently conducted further medical research at Harvard Medical School and a number of other institutions during the following decades. In 1976, he helped found the Association of Minority Health Professions Schools to promote a national minority health agenda.

In 1977, Sullivan became the first president of Morehouse College School of Medicine, which he helped to establish in an effort to increase the number of African American physicians serving urban and rural minority populations. Morehouse College of Medicine was one of only two black medical schools created in the 20th Century. He served as dean and president for the next 12 years. Through fundraising efforts for the college, Sullivan met and became friends with then-Vice President George Bush. Sullivan became an advisor to Bush on health matters, and the two traveled to Africa in 1982 to learn about the continent’s health needs. When Bush became president in 1988, Sullivan left Morehouse to become Secretary of Health and Human Services, a position he held from 1989 to 1992.

After leaving the cabinet, Sullivan returned to his leadership at Morehouse for the next 10 years. In 2003, he was appointed by President George W. Bush to chair an advisory committee, the White House Initiative on Historically Black Colleges and Universities.