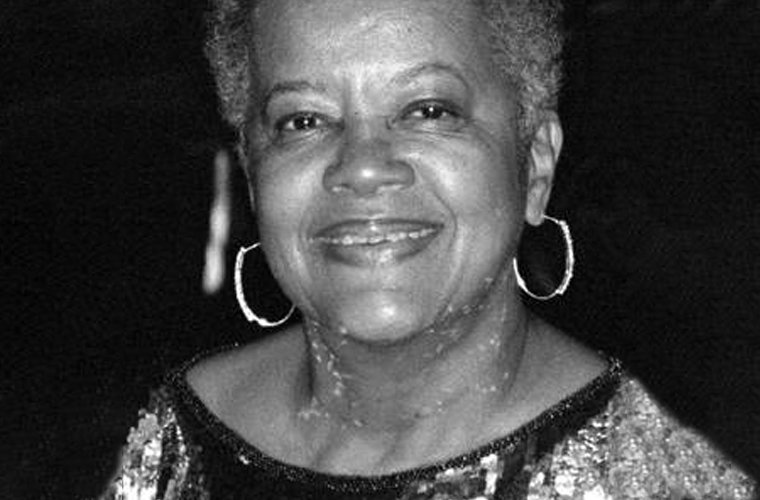 Born in Boston, Massachusetts, Gertrude Teixeira was the first of four children of Antonio Dias and Carrie Teixeira. Her father had immigrated to the United States in 1902 from the Cape Verde Islands, off the western coast of Africa. After settling in the Boston area he eventually ran a highly successful food manufacturing business in New England. As a young woman, Gertrude Teixeira would sometimes drive the delivery truck. She attended high school in the Boston area, enrolled at Boston University and Howard University, and received her M.D. degree from Howard University College of Medicine in 1950.

During high school, she recalled doing well academically, but when it came time to decide what curriculum path she would follow, her advisor assigned her to “domestic arts,” a standard track for African American girls at the time, who were usually only expected to become maids or housekeepers. Her mother strongly objected, insisting that her daughter was going to college, and with that, Gertrude was enrolled in college preparatory classes. Her parents encouraged high expectations, and one of her father’s favorite sayings was, “Hitch your wagon to a star.”

Gertrude Teixeira did not originally plan to become a doctor. A college classmate, however, encouraged her to take the medical aptitude test with her, and she did well enough to be offered admission to Howard University College of Medicine when she was still a junior in college. She completed her internship and residency at Freedmen’s Hospital in Washington, D.C., and the Homer G. Phillips Hospital in St. Louis, Missouri. She also later received certification from the Harvard University Graduate School of Business Administration Program for Health Systems Management.

After her training, Dr. Hunter served on the faculty of the Howard University College of Medicine as an instructor in the Department of Microbiology and as an assistant professor in the department of physiology, where she taught and conducted research in gastrointestinal physiology. She had a clinical appointment in the department of pediatrics from 1956 to 1965, and she published several articles on antibiotics and growth and development in African American infants and children.

In 1965 Hunter was appointed a national director of health services for Project Head Start, and helped implement the first national comprehensive health program for preschool children. Through this program, millions of children were immunized, received preventive medical and dental care, and were treated for previously undiagnosed health conditions. It is this accomplishment that Dr. Hunter was most proud of in her career—one that has made a dramatic and lasting difference in the lives of many families and children.

In 1971, Dr. Hunter was selected to be a regional health administrator for the United States Public Health Service, serving the six New England states. Her responsibilities included the funding and monitoring of maternal and child health, mental health, health manpower, and Centers for Disease Control and Prevention programs, and administering an office with an annual budget of $125 million and a staff of more than 100.

She returned to Howard University In 1976 to become professor and chair of the newly formed department of community health and family practice. Besides assuring a quality curriculum, she expanded the family residency program, established a School of Public Health, studied the feasibility of starting a health maintenance organization (HMO), and obtained funding for the department’s international health program. She served as chair of the department until 1980, when she became director of its division of community health service. Dr. Hunter and her husband Dr. Charles H. Hunter, a radiologist, had six children, and two of them followed in their parents’ footsteps to become doctors.

Dr. Hunter retired in 1988 after twenty-two years at Howard. She then founded the Human Services Educational and Research Institute (HUSER), a private, non-profit organization to study, design, evaluate, and advocate policies and programs to address health the needs of underserved and low-income people of color.