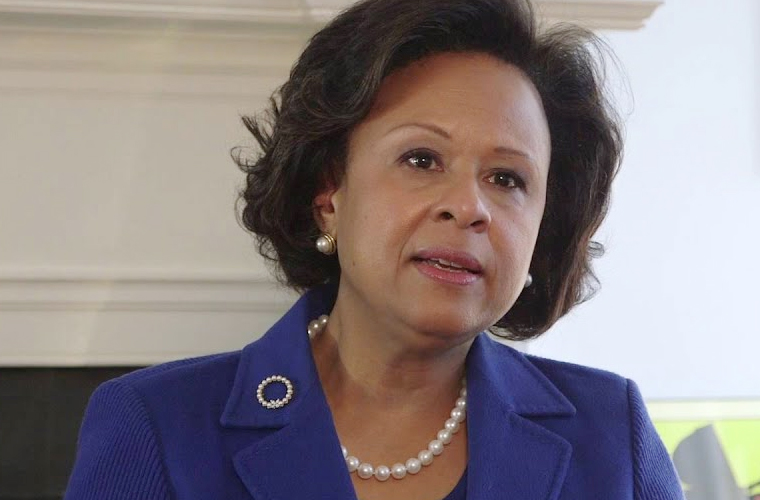 Dr. Paula Johnson is a women’s health specialist and a pioneer in the treatment and prevention of cardiovascular disease. She conceived of and developed one of the first facilities in the country to focus on heart disease in women.

Johnson knew from childhood that she wanted to be a doctor. She majored in biology at Radcliffe College of Harvard University. After graduating in 1980, she was admitted to Harvard Medical School, where she became interested in clinical epidemiology (the study of the causes, spread, and control of diseases in populations). She took a year off to study at the Harvard School of Public Health and earned both her medical degree and her master’s in public health in 1985. While doing her residency at Boston’s Brigham and Women’s Hospital (BWH), she became fascinated by cardiology and chose it as her specialty.

At BWH, Dr. Johnson was made chief medical resident in 1990, the first woman to hold that position in the history of the hospital. As chief medical resident, she was able to put into practice all she had learned about teaching. As teacher and mentor to more than 100 residents and Harvard Medical School students, Johnson saw her job as not only instructing them, but also helping them make the overall experience the best it could bet. She also worked closely with one of her own mentors, Marshall Wolf, M.D., director of resident training, and with the BWH staff on administrative projects.

Dr. Johnson went on to work in the hospital’s cardiac transplant service, where she combined clinical care and research. She found clinical work demanding but rewarding, with emotional highs and lows, but ultimately gratifying when a heart transplant was successful.

She has served as director of Quality Management Services at Brigham and Women’s, where she was responsible for developing systems of measuring progress in the quality, efficiency, and effectiveness of patient care. In her current position, she hopes to make great advances in women’s health. Dr. Johnson’s concerns throughout her career have centered on access to and quality of cardiology care for women. Cardiovascular disease in women can manifest itself differently than it does in men. The early symptoms of heart attack such as chest pain and pressure from left arm to jaw are typically experienced by men, for example, while women are more likely to experience shortness of breath, unusual perspiration, and abdominal discomfort.

Dr. Johnson observed that “BWH has an extraordinary opportunity to bring together clinical and academic talent from across the institution to achieve our ultimate goal—improving the health and well-being of women…One of our core responsibilities will be to address critical questions…such as, ‘How do sex and gender impact health and health outcomes?’ and ‘How can health disparities among different groups of women be eliminated?’ ”

Dr. Johnson founded and headed the Mary Horrigan Connors Center for Women’s Health and Gender Biology and was chief of the Division of Women’s Health at Brigham and Women’s Hospital in Boston. She also directed the Center for Cardiovascular Disease in Women, which aims to develop new prevention, treatment, and rehabilitation strategies through research as it serves women in all stages of life. One focus of the Center is to reduce the risk of heart disease by educating women about life style choices—including smoking, poor nutrition, and lack of exercise—that endanger the heart and blood vessels. Because African-American women are 50 percent more likely to die of cardiovascular disease than white women, many of the Center’s efforts are directed to empowering black women in matters of their health and to examining relationships between race and disease.

In 2016, Dr. Johnson became the 14th president at Wellesley College in Massachusetts.