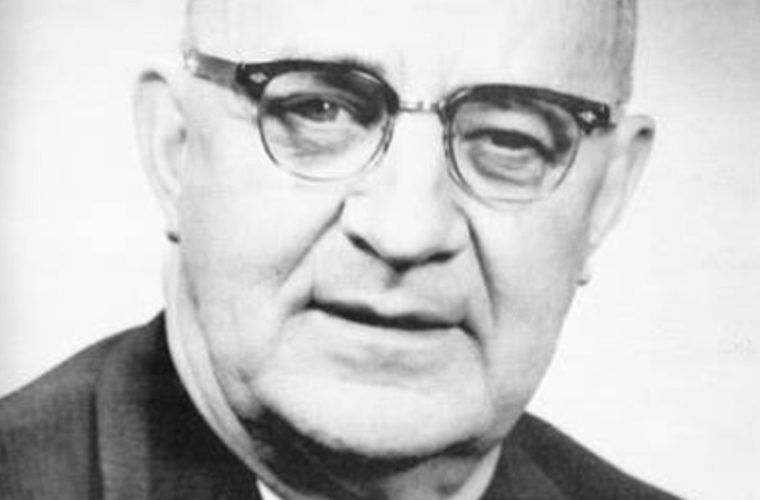 Eugene “Bull” Connor was the Birmingham public safety commissioner whose ideologies and orders were in direct opposition to the Civil Rights Movement. Born on July 11, 1897, in Selma, Alabama, Eugene “Bull” Connor was a radio sportscaster before entering state politics and became Birmingham’s public safety commissioner in 1937. With the growing Civil Rights Movement of the 1950s and ’60s, Connor maintained racist policies that came to fruition with the jailing and televised water-hosing of peaceful protesters. He died in Birmingham on March 10, 1973. Theophilus Eugene Connor was born on July 11, 1897, in Selma, Alabama. His mother died when he was a child, with reports that he lived with relatives or traveled extensively across the United States with his father, Hugh, who worked as a railroad dispatcher and telegrapher.

The young Connor never finished high school, though he did learn his father’s trade. He later received the moniker “Bull” from friends inspired by the cartoon character B.U.L. Conner Connor wed Beara Levin in 1920, with the two going on to have a daughter and move to the city of Birmingham. Connor worked a number of jobs and then gained prominence as a radio sports personality. He eventually turned to politics, serving on the Alabama state legislature in the mid-1930s. In 1937, he became the city’s public safety commissioner, winning multiple reelections to the position throughout the 1940s and then running unsuccessfully for the governorship. He was out of the commission’s office for a time due to charges of law enforcement and marital improprieties, though he was re-elected to the position again in the latter half of the 1950s and early ’60s.

A Southern Democrat who was a staunch proponent of racist social policies, Eugene Connor also became a recurring national convention delegate. He was part of the faction who walked out of the 1948 convention in protest of civil rights platforms, with Connor thus becoming part of the Dixiecrat movement. Because of the vitriol of much of his public comments and the resulting violence of his decrees, Connor became a known foe in the Civil Rights Movement. He refused to provide police protection for the Freedom Riders in 1961 upon word that they would be besieged upon their arrival in Birmingham. Connor had also received entreaties from the community and human rights groups for an end to the racially motivated bombings in Birmingham, with cases unsolved. And there are allegations that he was part of a plan to murder one of the movement’s most prominent leaders, minister Fred Shuttlesworth.

Though his constituency had voted for him many times, Connor’s stance earned major public backlash. Moves were made to oust him from office by changing the structure of city government, which was successfully done in 1962. But Connor countersued and thus continued to hold power. As a result, during the 1963 spring campaign to end segregation in the city, hundreds of student protesters were jailed. Connor eventually ordered authorities to besiege peaceful protesters, many of whom were quite young, with water hoses and attack dogs. Images of this were broadcast around the world and became history, thus accelerating integration in the city and galvanizing the likes of President John F. Kennedy, helping to set into motion the creation of the 1964 Civil Rights Act.

Dr. Martin Luther King Jr. wrote about these experiences in his work Why We Can’t Wait (1964), which includes his “Letter From Birmingham Jail.” Writer Diane McWhorter also covered the period in her book Carry Me Home (2001). Heading toward the end of May, Connor was forced out of office by the state supreme court, though he was soon elected to the public service commission, winning a second term as well. He died in Birmingham on March 10, 1973, after suffering a stroke.