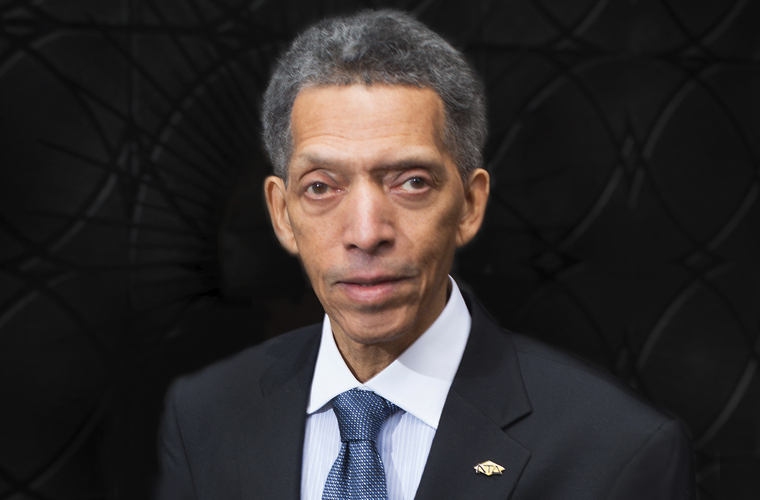 George R. Carruthers, an internationally-renowned astrophysicist, is a pioneer in the use of ultraviolet astronomy for studying the Earth, our Solar System, and the universe. He has spent his career in the Space Science Division of the Naval Research Laboratory (NRL) in Washington, D.C., developing space telescopes and other photometric instruments, in collaboration with the National Aeronautics and Space Administration (NASA). Carruthers invented the the far ultraviolet camera/spectrograph (UVC), also known as the lunar surface ultraviolet camera. This imaging instrument was flown to the moon on the 1972 Apollo 16 mission, where it used ultraviolet light to obtain images of Earth and outer space.

George Robert Carruthers was born on October 1, 1939, in Cincinnati, Ohio, the oldest of four children of George and Sophia Carruthers. When he was seven, his family moved to the Cincinnati suburb of Milford, a small town where he attended grade school. Science fiction and comic books, especially Buck Rogers, inspired his early interest in space exploration and Carruthers began reading his father’s astronomy books. His father, a civil engineer with the U.S. Army Air Corps, encouraged his interests and bought him books so he could study math and science beyond what was covered in school. Carruthers built model rockets. By the age of ten, he had constructed his own telescope with cardboard tubing and mail-order lenses that he bought with the money he earned as a delivery boy.

His father died when Carruthers was 12. The family moved to Chicago and his mother went to work for the U.S. Postal Service. Carruthers often visited the nearby Museum of Science and Industry, the Field Museum, and the Chicago Planetarium. Although he was not a particularly good student in math and physics, his science teachers encouraged him and helped him build telescopes. Carruthers won three science fair awards, including first prize for a telescope that he designed and built. He was one of the very few black students to participate in the science fairs, which were usually held at predominantly white schools.

Carruthers graduated from Chicago’s Englewood High School in 1957 and entered the College of Engineering at the University of Illinois’ Champaign-Urbana campus. It was the beginning of the space age and astronomers were considering the potential of space-based observations. Carruthers was thinking about telescopes mounted on satellites, where the views would be unimpeded by the Earth’s atmosphere. His undergraduate program combined aerospace engineering and astronomy. As he explained on a video clip prepared for a Powers of Ten Interactive CD, “There is no sharp dividing line between science and engineering because scientists, like myself, often design their own hardware, and sometimes engineers do research on such things as properties of materials. And it’s very difficult to draw a sharp line between what an engineer does and what a scientist does.” 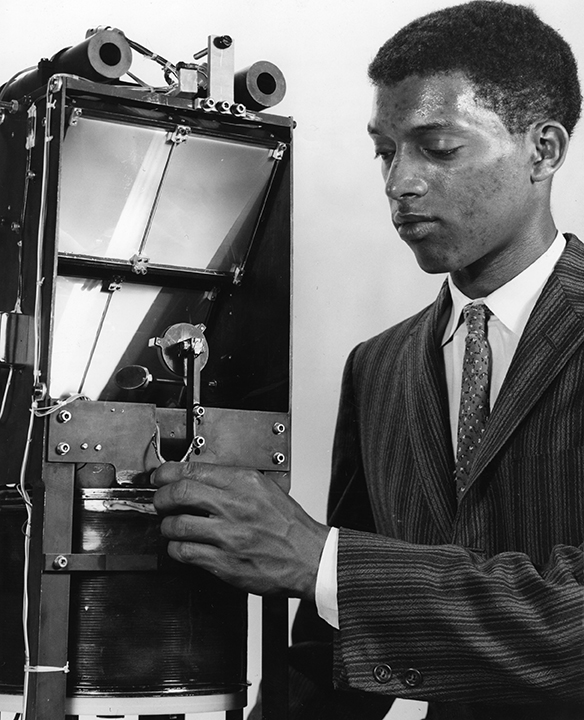