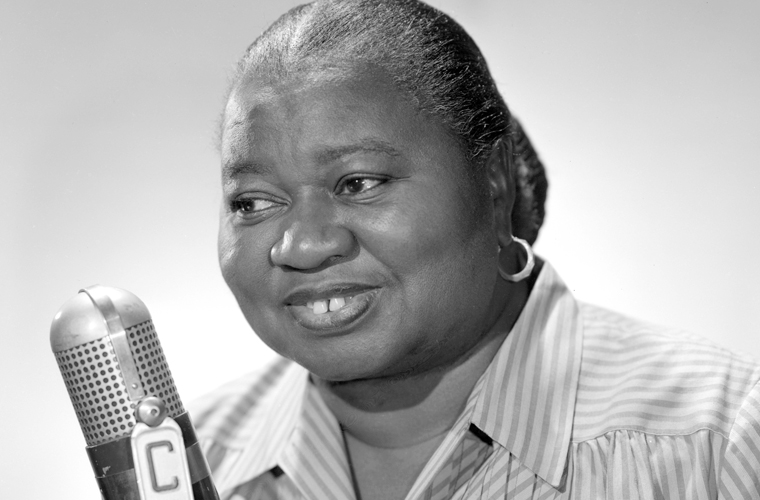 Hattie McDaniel, (born June 10, 1895, Wichita, Kansas, U.S.—died October 26, 1952, Hollywood, California), American actress and singer who was the first African American to win an Academy Award. She received the honor for her performance as Mammy in Gone with the Wind (1939).

McDaniel was raised in Denver, Colorado, where she early exhibited her musical and dramatic talent. She left school in 1910 to become a performer in several traveling minstrel groups and later became one of the first black women to be broadcast over American radio. With the onset of the Great Depression, however, little work was to be found for minstrel or vaudeville players, and to support herself McDaniel went to work as a bathroom attendant at Sam Pick’s club in Milwaukee, Wisconsin. Although the club, as a rule, hired only white performers, some of its patrons became aware of McDaniel’s vocal talents and encouraged the owner to make an exception. McDaniel performed at the club for more than a year until she left for Los Angeles, where her brother found her a small role on a local radio show, The Optimistic Do-Nuts; known as Hi-Hat Hattie, she became the show’s main attraction before long.

Two years after McDaniel’s film debut in 1932, she landed her first major part in John Ford’s Judge Priest (1934), in which she had an opportunity to sing a duet with humorist Will Rogers. Her role as a happy Southern servant in The Little Colonel (1935) made her a controversial figure in the liberal black community, which sought to end Hollywood’s stereotyping. When criticized for taking such roles, McDaniel responded that she would rather play a maid in the movies than be one in real life; and during the 1930s she played the role of maid or cook in nearly 40 films, including Alice Adams (1935), in which her comic characterization of a grumbling, far-from-submissive maid made the dinner party scene one of the best remembered from the film. She is probably most often associated with the supporting role of Mammy in the 1939 film Gone with the Wind, a role for which she became the first African American to win an Academy Award.

At the end of World War II, during which McDaniel organized entertainment for black troops, the NAACP (National Association for the Advancement of Colored People) and other liberal black groups lobbied Hollywood for an end to the stereotyped roles in which McDaniel had become typecast, and consequently, her Hollywood opportunities declined. Radio, however, was slower to respond, and in 1947 she became the first African American to star in a weekly radio program aimed at a general audience when she agreed to play the role of a maid on The Beulah Show. In 1951, while filming the first six segments of a television version of the popular show, she had a heart attack. She recovered sufficiently to tape a number of radio shows in 1952 but died soon thereafter of breast cancer.