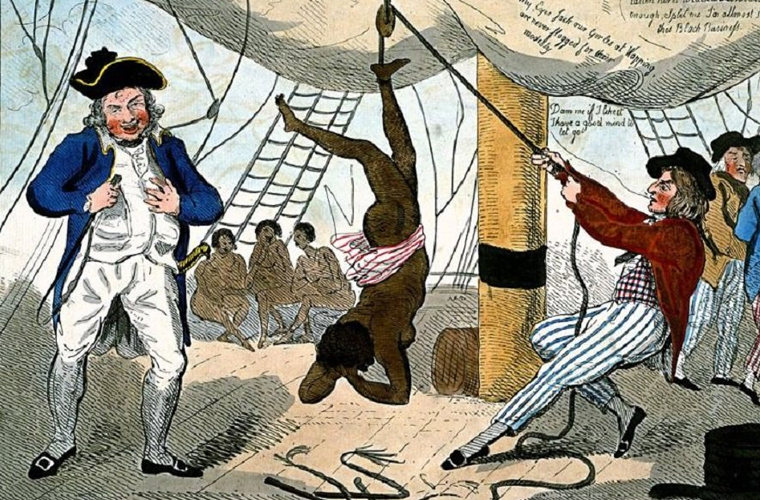 If there is anything in this world we all are passionate and most sentimental about, it is the safety of the little children – our offsprings. No matter how careful or tough war is, you would still find nations creating space to fly children to safety.

We have seen stories in the world where enemy soldiers take babies of their enemies and bring them up, in the case of the death of the parents. That is how humanity values children.

But in this story, we find that somehow it was not really humans who carried out the atrocities on Black people during slavery. Somehow we feel these were demons from the pit of hell, wearing human skin. I mean, how can one be so cruel to a baby? How does one lose his humanity so much that he doesn’t see the innocence in a 10 months old baby?

It was accounted for and documented that while Black slaves were being transported from Africa, an incident that shocked everyone happened. A 10 months old baby was sulking and did not want to eat. It troubled the captain because that was part of the money they would make.

So the captain took the child from the mother and tried to force the child to eat while hitting the child. He was furious and he said: ‘I’ll make you eat or I’ll kill you.’

The way the captain manhandled the child and the harsh conditions the baby was facing on the ship made the child’s leg swell. The captain ordered his men to boil some water which would be used to douse the swollen legs of the child. Either he had some compassion for the child or he was just trying to save a commodity for the market.

All of these were done under the view of other black slaves who murmured and cried out of pain for what the captain did to a poor little baby and the mother.