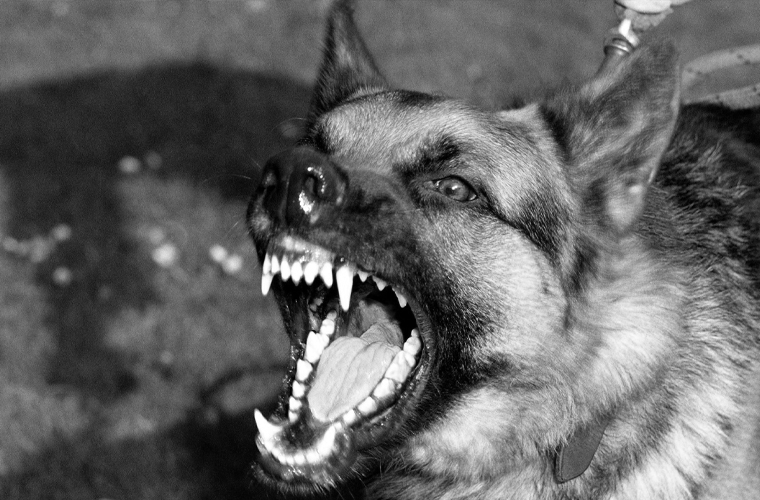 Given that enslaved Africans were anxious to flee from their white slaveholders, they devised various ways to escape without detection and capture.

We do know when escaping quietly was out of the question, they resorted to a rebellion counting on their numbers to overpower their oppressor but this path was fraught with risk as some slaves told on their fellows, allowing the masters to thwart the rebellion sometimes even before it started.

So making a dash for it at night seemed the most plausible escape, however, there was one impediment. Vicious dogs trained by plantation owners, patrollers and hired slave catchers could chase, capture or tear the runaway slaves apart.

The bloodhounds and bulldogs were so popular that they were even named “Negro dogs”. If the slave was valuable, its trainers will quickly subdue the dog before it killed the slave.

“One infamous Negro dog was the Dogo Cubano (aka the Mastin Cubano, Cuban Mastiff, or Mastin de Cuba). The dog was bred by crossing a Spanish war dog with the English mastiff and scent hound. The animal was engineered to catch runaway slaves, although it also guarded livestock and engaged in dogfighting. Unsurprisingly, the dog went extinct after slavery was abolished in Cuba.”

The dogs followed the scent of the slave after picking up the individual’s distinctive smell from some clothing items. Then they went after the slave and aggressively attacked him. Successful dogs were rewarded with chunks of meat. But with the enslaved knowing the hounds will be set upon them which could end in death, how did they elude them to freedom?

Those who were successful in finding freedom planned their escape with the dogs in mind.

“The slaves used many methods to throw their scent off from the hounds. Some used rabbit grease on their feet and others would travel through muddy water. Then there were slaves that met the dogs head-on with knives and whatever else they could carry along to fight back. However, those who carried nothing to fight bloodhounds often endured the bloodiest fight of their lives. Bloodhounds were trained to tear into slaves and, in some cases, fight until the death.”

Interviews with former slaves have reiterated the fact that despite the threat of other wild animals while being on the run, it was the use of trained dogs that worried them the most.

Bennett H. Barrow, a slaveholder from Louisiana, kept a detailed diary and frequently mentioned the importance of dogs in capturing runaways, as well as the terrible violence they could inflict.