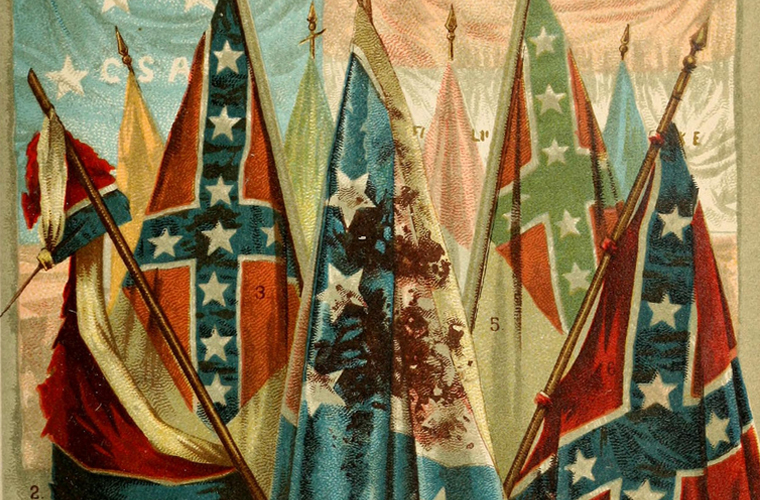 Aaron Sheehan-Dean is the Fred C. Frey Professor of Southern Studies at Louisiana State University. He is the author of titles such as Why Confederates Fought: Family and Nation in Civil War Virginia and the Concise Historical Atlas of the U.S. Civil War, and also the editor of several books. He teaches a number of courses on 19th century US history, including the Civil War and Reconstruction and also Southern History.

What if the slave states had won?
There were two major accomplishments of the Civil War, and they are the preservation of the Union and emancipation.

If the Union hadn’t stayed together – that is, if the United States had broken into two – then it’s likely that other regions of the US would have taken advantage of Confederate secession or would have seceded themselves, either from the then-existing North or the South. So you could certainly see an independent Midwest, and the area from California through to Washington state probably could have made itself its own place. Even within the Confederacy, there were certainly sections like East Tennessee that were vigorously Unionist during the war, and which might have pulled away.

This was one of the major arguments against secession, to begin with – where did it stop? So I expect that it would have continued; that process of creating smaller autonomous republics within the space that is today the continental United States.

So the United States would have been a series of smaller countries rather than one whole one?
Yes – the United States is bigger than continental Europe, so there’s no reason why it couldn’t be 45 independent republics. We tend to look at the shape of the US and regard it as somehow inevitable that it would go from the Atlantic to the Pacific, but there’s no reason that it’s inevitable.

Would slavery still have been abolished?
The question of emancipation has broader global implications, including that slavery would not have ended in 1863. There’s no reason to think that if the Confederate States had won the war – not necessarily conquering the North, but at least fighting to a draw – they would have voluntarily given up slavery.

Certainly not any time in the rest of the 19th century. World opinion could have turned to the point that they would voluntarily relinquish slavery in the 20th century, but even that is hard to imagine playing out. That then has implications for Brazil and other nations holding power in the Western hemisphere, some of which emancipated their slaves after the American Civil War, because they had seen what happened in the US and wanted to avoid that kind of bloody confrontation.

So instead, you’ve got a very different future where slave labor has a new lease of life. We’re talking about the 20th century in which slavery is a vital part of the labor scheme and the social and political structures of large countries in the Western hemisphere.

If the US had permanently divided into North and South, could either have thrived?
In global terms, from the perspective of Britain and France, it would have been a very good thing to divide the US in half.

Both those empires would have breathed a sigh of relief because by 1860 the entire US already had the largest economy in the world, but separately the North and South didn’t. The South would have needed to buy a huge amount of manufactured goods from the North, so there might have been some kind of agreement between the two, although the unpleasant war would have left the South turning towards European manufacturers, pursuing trade agreements with European nations, sooner than it would have turned to the North. In 1860, while the South was rich and productive, it was apparent that the development path the North was on – towards more intensive industrial and urban development – was the recipe for future success.

By 1890 or 1900 it would have been apparent that basing your economy around the production of staple crops like the South had done with cotton, rice, sugar, and tobacco, was not a good long-term strategy, so the North would’ve been in a much better position.

Would the US still have entered World War I?
If the South had started making trade agreements with Britain, it would have soured relations between the North and the UK, and that might well have reduced the likelihood of them entering World War I.

Whether a South that’s loosely tied to Europe would have felt compelled to enter is hard to say; they wouldn’t have been nearly as much help unless they dramatically expanded their industrial base, and that was a big part of why the US involvement in World War I was so valuable – it was the combined economic power of the whole US and its industrial capacity. So that would have played out on the world stage very differently by the early 20th century.

How would the North losing have affected Britain?
It was pretty apparent that the leadership of the British government wanted to mediate for peace, although I don’t think that was entirely altruistic.

I mean, they came very close to recognizing the Confederacy at it was in September 1862, and it was only really the Battle of Antietam that stopped them from doing that. They were interested in re-establishing trade negotiations; they wanted cotton to begin flowing again by that point because the Confederate embargo on cotton had begun to really pinch in Britain. I think they also imagined that a weakened North was a better proposition for them in the long run.

The Union victory is credited with helping pass the various reform acts in Britain during the 1860s as well as the liberalization of voting rules. Without that global victory for democracy as they saw it, those things might have never happened or would have happened much later.

What were the turning points of the war?
The twin victories of Gettysburg and Vicksburg were essential to forestalling the Northern peace movement, which had gained strength in early 1863.

The Democrats had regained seats in the Congress in the fall of 1862 and Lincoln was facing a very unhappy electorate in 1863, so those victories were essential. Another turning point was the fall of 1864, when Lincoln anticipated he wouldn’t be re-elected and that [General George Brinton] McClellan, who had returned as the Democratic presidential candidate, would be elected in his stead on a platform of negotiating an end to the war, and probably abandoning the emancipation as a Northern war policy.

Lincoln believed that he was going to lose until as late as the end of August 1864, and it was only the victories of General Sherman at the Battle of Atlanta [July 1864] and Admiral Farragut at the Battle of Mobile Bay [August 1964] that saved the Union. It also saved the Republican party’s electoral votes, so Lincoln was soundly re-elected and the war ended with him at the helm. Certainly, if he’d not been re-elected that would have produced a very different outcome.

How would it have gone without Lincoln in charge?
McClellan was not a sympathetic character in the pantheon of Civil War generals, but he was in a parked position because radicals in the Democratic party had nominated him on a platform that called to start negotiating for peace.

Even though he did his best to disavow that aspect of his platform, there would have been a lot of pressure within the party as soon as he was inaugurated in March 1865 to negotiate for peace. Without Lincoln’s military victories, the war still wouldn’t have been over: [General Ulysses S.] Grant would have still been fighting against [General Robert E.] Lee outside Petersburg, and it may well have been that McClellan came into office and immediately suspended fighting, and started negotiating for peace. It would have been hard for him to do that, though, given the sacrifices soldiers had made.

The little support he had was among soldiers who felt he was their true commander but had he negotiated for peace then it might have said to them that their sacrifices had been in vain. It’s very likely that he would have stopped emancipation, and even if slavery had ended he would have presided over a much faster reconstruction, which probably wouldn’t have involved the enfranchisement of black men.

So does this mean Lincoln would not have been assassinated?
Given how much venom John Wilkes Booth had for Lincoln, he would have been happier to see him disgraced and essentially abandoned by the Northern electorate – there’s no point killing him anymore. So Lincoln then goes down not as one of the best presidents, but as one of the worst, having presided over a civil war that ends poorly, if at all.

Lincoln’s fortunes are infinitely tied to the fate of the war, and the difference between being a great president and a terrible one really hinged on the fate of the armies.

Without a unified United States, would other nations like Russia have grown more in the 20th century?
Russia is an interesting example because they had emancipated their serfs in 1861, and so there was some degree of friendship [between Russia and the North].

Certainly, Russia was a vigorous supporter of the North; they never even contemplated supporting the Confederacy in this fight. Lincoln saw a friendly rivalry between the Russian and American empires, and he talked famously about how the Russian Empire in the East and the American empire in the West would be forces for good and spread over the globe. But it would have been a substantially weakened North America and so it’s likely that you would have seen other empires, both the British and French but also the Russian, growing stronger without that kind of counter-balancing force of the US.

What would it be like in the modern day?
It depends on the future of slavery in the South. Enslaved people had been pushing against the system of slavery from the very beginning in North America when the Spanish Empire was there, but it depends on the degree of success. A successful Confederacy would’ve no doubt ramped up slave patrols and the federal protection of slaves. The question is whether that encourages the British Empire to pursue [slave] labor in India and in other parts of its empire more vigorously, as it has essentially received a sanction of success. That portends to a very different globe, as opposed to one that gradually liberalizes its treatment of workers and improves working conditions, which certainly happened over the second half of the 19th century in the West and then much later in the East.

Instead, the trajectory would have gone in the other direction. I suspect it would have been much worse if the Confederacy had been successful and then stood behind [slave] labor as a viable strategy for decades after that, or who knows how long.