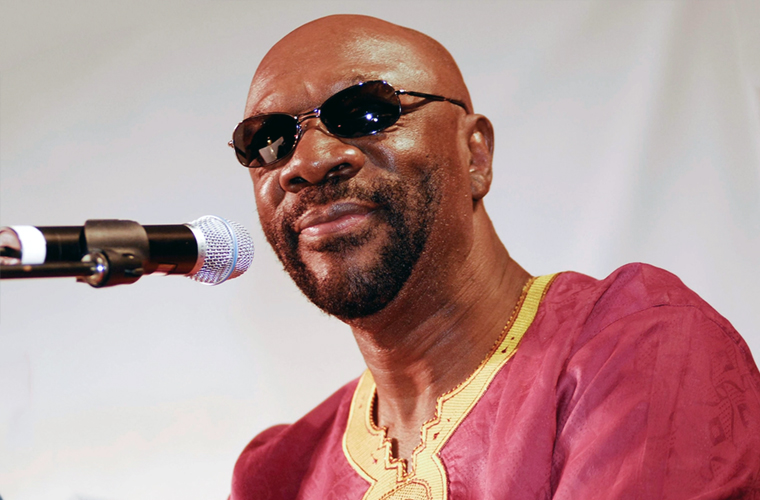 Musician, actor, and entertainer, Isaac Hayes, was born Isaac Lee Hayes, Jr., on August 20, 1942, in Covington, Tennessee. When his parents died at an early age, Hayes went to live with his grandparents in Memphis. Hayes was a good student in high school, wanting to be a doctor; in the ninth grade, however, he dropped out to earn money. Hayes later enrolled in a night school from which he earned his diploma in 1962.

By the time Hayes was in his teens, he was adept at playing the piano, organ, and saxophone, as well as having spent years singing in a church choir. When he dropped out of school, Hayes immediately began performing with local R&B groups in Memphis, earning a solid reputation as a musician. Hayes recorded his first album in 1962, and by 1964, he was playing with the house band at Stax Records, one of the premier soul music recording labels in the South. After writing a number of hits in collaboration with David Porter for the group Sam & Dave, Hayes released his first solo album, Presenting Isaac Hayes, in 1967. Two years later, his breakthrough album, Hot Buttered Soul was released and Hayes became a star.

After producing a soundtrack to an experimental film by author Norman Mailer, Hayes was approached to write the musical score of Shaft in 1971; he would become the first African American to win an Oscar for Best Song. Hayes became involved in acting in the mid-1970s with an Italian film titled Uomini Duri, released in America as Three Tough Guys, and the title role in the film Truck Turner in 1974. Hayes returned to acting in 1981 with a role in Escape from New York and 1988’s I’m Gonna Git You Sucka!. The 1990s and beyond saw a resurgence of Hayes in films, playing roles in The Blues Brothers 2000, Dr. Doolitte, and a remake of Shaft; he also became the voice of “Chef” in the animated television series South Park.

Hayes had a radio program on KISS-FM and was the spokesman for the World Literacy Crusade, a part of the Scientology movement. Hayes also established the Isaac Hayes Foundation to partner with nonprofit organizations to promote human rights. While in Ada, Ghana, in 1995, as a part of the World Literacy Crusade, Hayes was crowned as a king, adopting the name of Nene Katey Ocansey I. Hayes also opened up a chain of restaurants across the country. In 2002, Hayes was inducted into the Rock & Roll Hall of Fame.