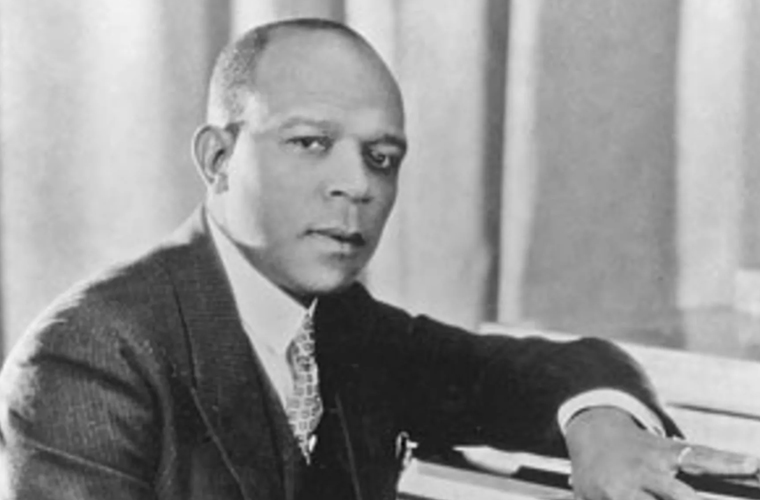 John Rosamond Johnson was one of the more important figures in black music in the first part of the 20th century, usually in partnership with Bob Cole or with his brother James Weldon Johnson. While he is chiefly remembered today as the composer of the Black National Anthem, “Lift Ev’ry Voice and Sing,” he had a varied career as a pianist, songwriter, producer, soldier, singer, and actor.

J. Rosamond Johnson was born in Jacksonville, Florida, on August 11, 1873. He began playing the piano at age four and studied at the New England Conservatory, and with Samuel Coleridge-Taylor in London. He may have performed in 1896 with Isham Jones’ Oriental America show in New York.

By the end of the 19th century, Johnson was teaching schoolchildren in the Jacksonville region. Around 1900 Johnson wrote and taught these schoolchildren “Lift Ev’ry Voice and Sing.” Its popularity caused it to spread until it became unofficial, then official, Black National Anthem.

Johnson moved to New York City in 1900 and plunged into its musical life. After contributing a song to Williams and Walker’s Sons of Ham (1900), Johnson teamed up with Robert Cole with whom he began creating a vaudeville act and writing songs, occasionally assisted by his brother James Weldon Johnson. This partnership lasted until Cole’s death in 1911. Besides crafting a sophisticated vaudeville style, Cole and Johnson produced two musicals, The Shoo-Fly Regiment (1907) and The Red Moon (1909). While these shows were successful, they lost money, and Cole and Johnson returned to vaudeville performance.

Johnson’s compositions skills were the strong points of his musicals and vaudeville performances. Musicologist Thomas Riis considers Johnson’s harmonic language to be the richest of all the other black theater composers of his time save for Will Marion Cook. Shortly after Cole’s death, Johnson performed as a pianist in “A Concert of Negro Music” the great Carnegie Hall concert of May 2, 1912.

When World War I broke out, Johnson received a commission as a 2nd Lieutenant in the 15th Regiment. After the war, he toured with his own groups, and even sang and played the part of a lawyer in the original production of Porgy and Bess in 1935. J. Rosamond Johnson died in New York City on November 11, 1954.