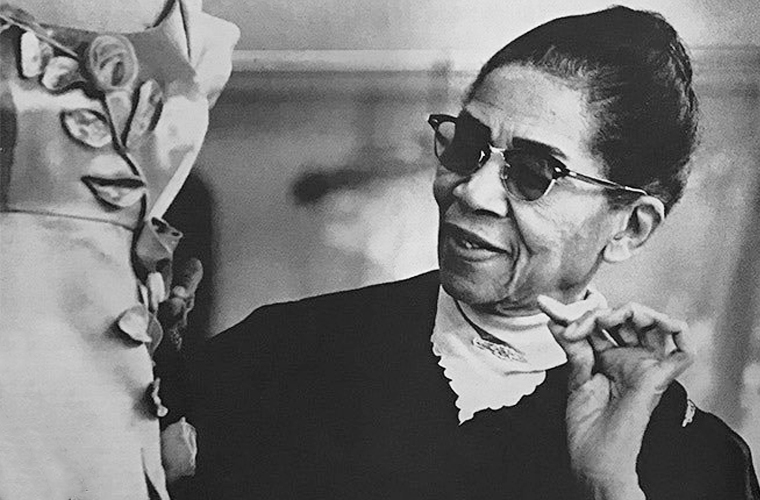 Ann Lowe was snubbed by the future first lady, who described her as ‘a colored dressmaker’ without naming her.

The 1953 wedding of Jacqueline Bouvier and then-Sen. John F. Kennedy was so perfect it is still being talked about more than 65 years later. As recently as 2017, gossip website The List was still calling it “the most beautiful wedding ever.” It was a fairy tale worthy of the legendary couple who would preside over Camelot.

But for Ann Lowe, who designed the bridal gown, it was a nightmare. First, the wedding dress was destroyed 10 days before the ceremony. Then the 24-year-old bride, who did not really like the gown in the first place, snubbed her.

Asked who made the dress, a viral tweet remembered this week, Jackie simply responded ”a colored dressmaker.”

Ann Lowe was born and raised in Clayton, Ala. Her great-grandmother, an enslaved woman, had given birth to a child fathered by her white plantation owner. Her mother and grandmother were both seamstresses to wealthy Alabama elites and as a child, she amused herself by shaping cloth flowers out of the scraps leftover in their work, she told Ebony in 1966.

Her mother died when Lowe was only 16, leaving four ball gowns for the first lady of Alabama unfinished. Lowe completed the order.

At 18, she shocked administrators at a New York fashion school when she showed up for class; they hadn’t realized they had admitted a black woman until that moment. She was segregated from her classmates; but still she excelled and graduated early.

After 10 years working in Florida, Lowe returned to New York, where she quickly became the go-to dress designer for the highest of high society — the Rockefellers, the Roosevelts, the du Ponts.

Lowe was proud of this distinction, telling Ebony she was “an awful snob.”

“I love my clothes, and I’m particular about who wears them. I’m not interested in sewing for cafe society or social climbers,” she said.

In 1953, Lowe scored a major commission; she was hired to create Jacqueline Bouvier’s wedding dress, plus all of the gowns for the bridesmaids and bride’s mother.

By that point, Lowe had been working with the Bouviers for years, and she had a friendly relationship with 24-year-old Jackie, she later said. But it was not really Jackie’s show. The groom’s father — the famously domineering Joseph Kennedy — was involved in every detail of wedding planning, including the dress, according to author Rosemary E. Reed Miller in a 2007 interview with NPR.

Jackie had just returned from Paris, and she wanted something simple and French, but the Kennedy patriarch would not have it. Lowe and her assistants spent two months cutting and sewing the ornate folds of the gown out of more than 50 yards of silk taffeta.

Ten days before the wedding, disaster struck. A pipe burst in Lowe’s studio, ruining 10 of the 15 dresses, including the bride’s. She and her team worked day and night to re-create the masterpieces in a fraction of the time. Rather than making a profit on the project, she ended up losing $2,200 — about $21,000 in today’s dollars.

Then, after her ordeal, when Lowe hand-delivered the gowns in Newport, R.I., she was told to enter through a service entrance in the back, according to the Smithsonian. She refused, saying either the dresses went with her through the front door or they went back with her to New York.

Joe Kennedy invited the press to cover the “social event of the season,” and reporters breathlessly recounted every detail they could glean.

“[Jackie] didn’t love the dress, and people asked her who did the dress. She said, ‘I wanted to go to France, but a colored dressmaker did it.’ And Ann Lowe was devastated,” Miller told NPR.

Fashion historian Margaret Powell, who was writing a book about Lowe until she died this year, disputed this story, saying it originated with a 1961 Ladies’ Home Journal article.

In either case, Lowe was essentially written out of what would have been a career-making gown for anyone else. According to Miller, only The Washington Post’s Nina Hyde reported who the designer was.

Lowe does not seem to have held a grudge about it, though. By 1964, she was telling the Saturday Evening Post how “sweet” Jackie Kennedy, by then a widow and former first lady, had been to her. That same year, Ebony said, Kennedy found out what Lowe had gone through with her wedding dress 11 years earlier.

Despite her brilliance and reputation, Lowe was frequently taken advantage of by her clientele, who talked her prices down to a fraction of what they were worth. By the mid-1960s, she was tens of thousands of dollars in debt and in trouble with the IRS.