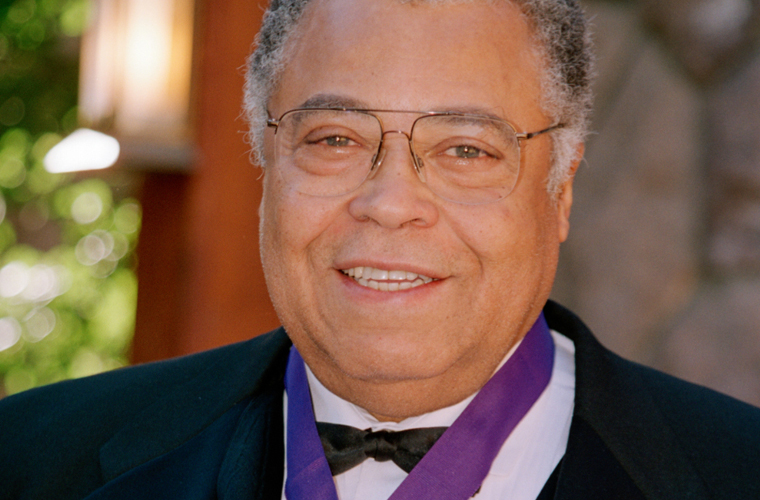 His father, the actor Robert Earl Jones, left his family before James Earl Jones was born, and the youth was raised largely by his grandparents in Michigan. He attended the University of Michigan (B.A., 1953), majoring in drama, and, after a brief stint in the U.S. Army, went to New York City, studying at the American Theatre Wing with Lee Strasberg. He acted in his first Off-Broadway production in 1957 and subsequently with the New York Shakespeare Festival in 1961–73.

Jones won a Tony Award for his boxer role in Howard Sackler’s The Great White Hope (1968–70), a play about the tragic career of the first black heavyweight boxing champion, loosely based on the life of Jack Johnson. He also starred in the film version (1970), for which he garnered an Academy Award nomination. Jones received critical acclaim for the two-character stage play Paul Robeson (1978) and in the title role of Shakespeare’s Othello (1982), opposite Christopher Plummer’s Iago. In 1987–88 Jones starred in the Broadway premiere of August Wilson’s Fences, and he earned a Tony for his portrayal of the embittered Troy Maxson. His later Broadway credits include a 2008 production of Tennessee Williams’s Cat on a Hot Tin Roof that featured an all-black cast as well as productions of Driving Miss Daisy (2010–11), Gore Vidal’s The Best Man (2012), George S. Kaufman and Moss Hart’s You Can’t Take It with You (2014–15), and The Gin Game (2015–16). In 2017 Jones received a Tony Award for lifetime achievement.

A prolific career in pictures began with a part in the Stanley Kubrick film Dr. Strangelove (1964). Jones’s other movie roles included an evil ruler in the fantasy film Conan the Barbarian (1982), a coal miner fighting for the right to form a union in John Sayles’s Matewan (1987), and an African king who lets his son (played by Eddie Murphy) travel to the United States in the comedy Coming to America (1988). He appeared as Adm. James Greer in the film adaptations of Tom Clancy’s novels about CIA agent Jack Ryan: The Hunt for Red October (1990), Patriot Games (1992), and Clear and Present Danger (1994). In 1995 Jones portrayed the Rev. Stephen Kumalo in the film version of Alan Paton’s classic novel Cry, the Beloved Country. Jones next starred opposite Robert Duvall in A Family Thing (1996). His big-screen appearances diminished in the 21st century, though he did take occasional supporting roles. He received an honorary Academy Award in 2011.

Known for his deep resonant voice, Jones was cast in many voice-over roles in television advertising and in films, both as a narrator and for animated characters. He is perhaps best known for giving voice to the villain Darth Vader in the Star Wars series of movies, which began in 1977. In 1994 he provided the voice of the wise Mufasa in Disney’s The Lion King. Jones’s television work included a role as a private detective in Gabriel’s Fire (1990–91; retitled Pros and Cons, 1991–92), for which he won an Emmy Award for outstanding lead actor in a drama series. He also earned an Emmy for his role in the TV movie Heat Wave (1990), about the Watts Riots of 1965. Jones continued to make guest appearances on television into the 21st century.