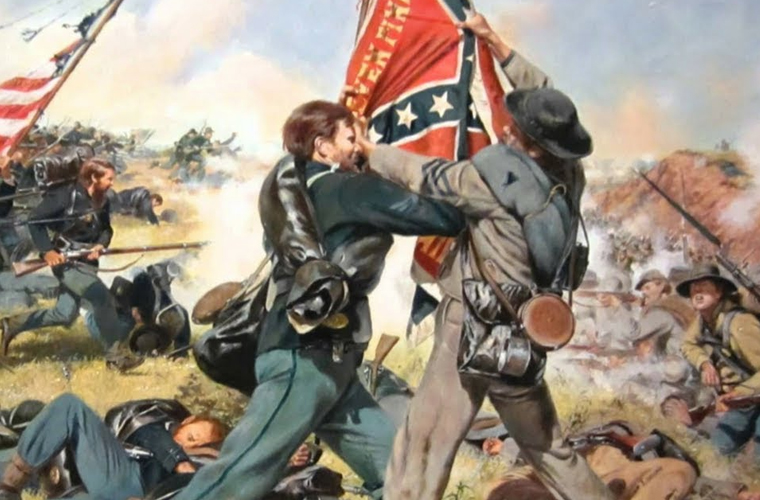 The story of John Scobell is an extraordinary one that not too many people have heard. Scobell, so many people thought, was just another illiterate slave from Mississippi. Like many slaves did during that time, he would shuffle along, sing songs, and appear to be oblivious to what was going on in the world around him. He especially appeared ignorant of the Civil War.

Confederate officers would leave important documents just lying around where Scobell could see them; they often discussed important details of their plan of action. They never gave a second thought to Scobell being smart enough to use the information against them.

Scobell served as the butler or deckhand on a rebel sympathizer’s steamboat. He was often heard singing Negro spirituals in his powerful baritone voice.

But little did the Confederates know, Scobell was not a slave at all. He was actually a planted spy by the Union army. He was one of the few black operatives who quietly stole information in a high-stakes game of cat-and-mouse with Confederate spy-catchers and slave masters who could kill them on the spot.

There is not much known about the many black men and women who were Union intelligence officers, but most of them at some point were slaves or servants who had escaped from their owners. There were also a few from Northern Blacks who volunteered to pose as slaves to spy on the Confederates.

Harriet Tubman is the most recognizable of these spies, sneaking down South repeatedly to gather intelligence for the Union army while also leading runaway slaves to freedom through the Underground Railroad. Often disguised as a field hand or poor farm wife, she led several spy missions into South Carolina while directing others from Union lines. Just like John Scobell, there are many other stories like his about former slaves working as intelligence officers for the Union Army.