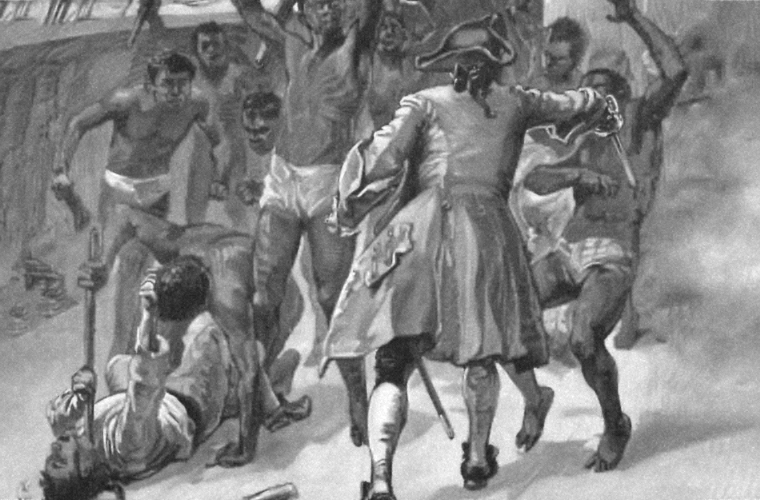 The captain’s responsibilities were manifold. As an employee of a merchant or company in Europe or the Americas, he hired and managed the crew; outfitted the ship; sold its cargo for humans on the coast of Africa; enforced a harsh discipline on crew members and Africans alike on the Middle Passage; worked to prevent mutiny, insurrection, and sickness; aided other captains when in need; and sold the slaves in America for the best possible price. The “crux of the whole enterprise,” however, was discipline, according to the historian Marcus Rediker. Maintaining order was critical in keeping an often-desperate crew in line, and the routine violence employed by the captain and his officers trickled down the ranks, as the author of Liverpool and Slavery pointed out: “The captain bullies the men, the men torture the slaves, the slaves’ hearts are breaking with despair.”

Crew members were often the direct recipients of the cruelty. Frequently forced into shipboard service because of debts or run-ins with the law, sailors performed the backbreaking and often violent work of the slave ship, which included building the “house” and barricado, cooking and dispensing food, scrubbing the decks and the often feces-covered hold where the slaves were kept, and policing the captive Africans. They also were the victims of their officers’ whips and suffered from the same diseases that ravaged the Africans, so that the mortality rate among sailors, according to one survey taken between 1784 and 1790, reached higher than 21 percent. In fact, according to Rediker, “Half of all Europeans who journeyed to West Africa in the eighteenth century, most of the seamen, died within a year.”