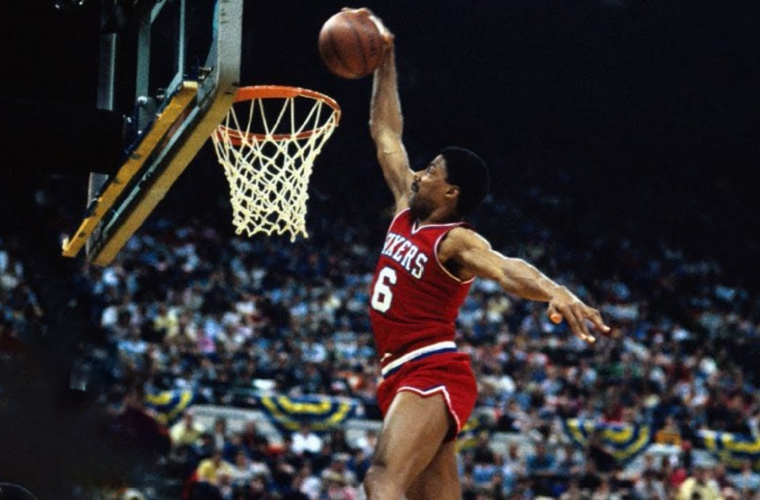 Julius Erving, in full Julius Winfield Erving II, byname Doctor J, (born February 22, 1950, Roosevelt, New York, U.S.), American collegiate and professional basketball player who was one of the most colorful and exciting figures in the game during the 1970s and ’80s. At 6 feet 6 inches (1.98 meters), Erving played forward and was noted for his fast breaks, balletic leaps toward the basket, and climactic slam dunks.

While playing in high school, Erving won an athletic scholarship to the University of Massachusetts. In two seasons there he became one of only five players ever to average more than 20 points and 20 rebounds per game in a collegiate career. He was still generally unknown, however, when he left Massachusetts after his junior year and joined the Virginia Squires of the American Basketball Association (ABA) in 1971. He was traded to the New York Nets two years later. In his five seasons in the ABA, Erving led the league in scoring three times, was the league’s Most Valuable Player in its last three years, and led the Nets to championships in 1974 and 1976.

When the ABA merged with the National Basketball Association (NBA), the Nets sold Erving’s contract to the Philadelphia 76ers. Erving led the 76ers to the NBA finals four times in seven years, including their 1983 championship win. He was voted the NBA’s Most Valuable Player in 1981. He retired in 1987 after having become the third professional player to have scored a career total of 30,000 points. After his playing career ended, Erving spent time as a television basketball analyst (1993–97) and served in the front office of the Orlando Magic (1997–2003). In 1996 Erving was named one of the 50 greatest players in NBA history, and he was elected to the Naismith Memorial Basketball Hall of Fame in 1993.