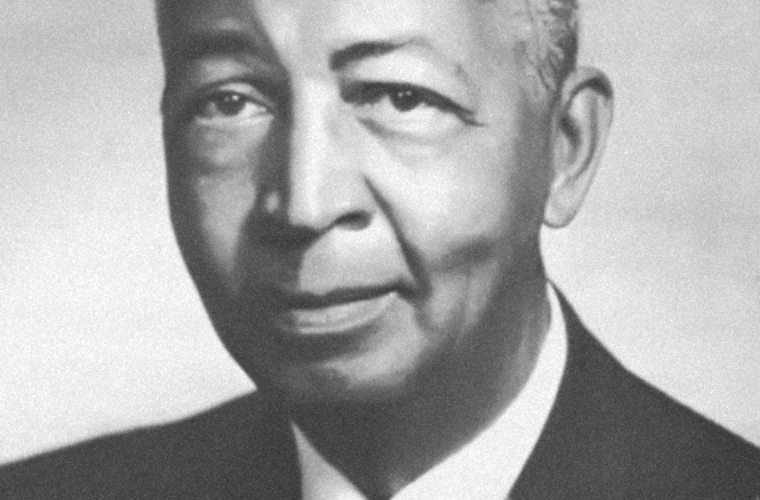 Lloyd August Hall was born in Elgin, IL. His father was a Baptist minister, and his grandfather was one of the first Black preachers at the church where his father was a minister.

After attending high school in Aurora, IL., Hall received his Bachelor of Science degree from Northwestern University in 1914; a Master of Science from Northwestern in 1916; and a Doctor of Science from Virginia State College in 1944. Dr. Hall served as junior and senior Sanitary Chemist of the Department of Health laboratories for the city of Chicago from 1915 to 1919. He also served as chief chemist 1919-1921)for John Morrell and Company of Ottuma, IL. He was president of the Chemical Products Corporation, Chicago, from 1921-1924.

Dr. Hall was a consultant in the subsistence development and research laboratories of the Quartermaster Corps of the U.S. Army during World War II. He held over 100 patents in the United States, Britain, and Canada.

After his retirement, he became a consultant to the Food and Agriculture Organization of the United Nations. Lloyd Hall is responsible for many of the meat curing products, seasonings, emulsions, bakery products, antioxidants, protein hydrolysates, and other substances that keep our food fresh and flavorful. Many of today’s food preservative chemicals were pioneered by Dr. Hall’s research. Before his discoveries, food preservatives were a matter of chance.

The most common preservative was a mixture of sodium nitrate and sodium nitrite. Preservation could be unreliable since too much sodium nitrite made foods bitter and unpalatable but too little would not protect against spoilage. Lloyd Hall developed a successful combination of complex chemical salt that has proved to be the most satisfactory curing salt marketed in this country. He developed new processes for the sterilization of spices, cereals, other food materials, and pharmaceuticals, which are widely used today. In 1924, one of Hall’s client’s, Griffith Laboratories, gave him his own lab to finish some of his work. In 1925, he was appointed chief chemist and director of research.

Lloyd Hall pioneered antioxidant use when he discovered that foods with fats and oils spoiled when certain ingredients react with oxygen in the air. He was the first to use the chemicals lecithin, propyl gallate, and ascorbyl palmite as antioxidants, and he developed a process that made it easier to mix these chemicals with food in order to protect it. One of his most successful products was an antioxidant salt mixture. His efforts in this area convinced Griffith Laboratories to open a large manufacturing facility devoted to protein hydrolysats.

People believed that spices preserved food, but Hall found that most spices, like cloves, ginger, and pork powder, held large amounts of dangerous molds, yeast, and bacteria. Hall found ethylenoxide gas, a well-known insecticide that was effective in destroying food-borne microbes. He found a way to remove mixtures and gases by subjecting the food to a vacuum and then adding ethylenoxide gas into a vacuum chamber. “Vacuga” sterilization treatment was later applied to drugs, hospital supplies, and cosmetic supplies.