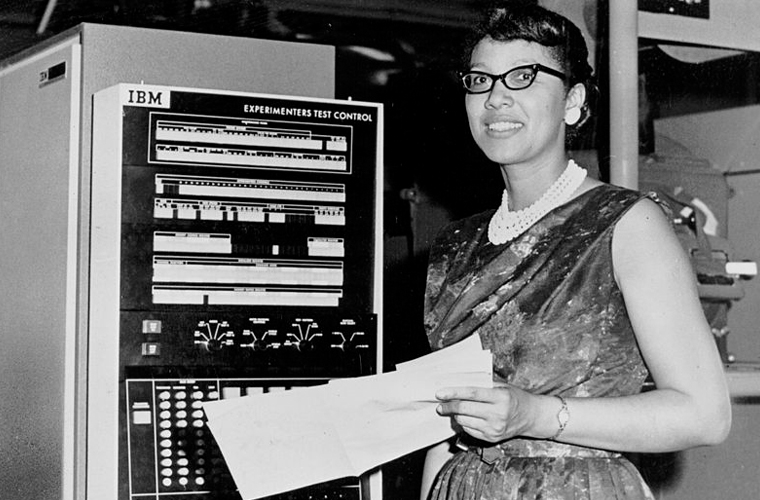 Mouton was born in Fairfax, Virginia to Rhodie and Edna Chloe. She graduated from Howard University in 1950 with a master’s degree in mathematics. She started working for NASA in 1959, after working for the Army Map Service and the Census Bureau. At NASA, she received an Apollo Achievement Award and an Exceptional Performance Award. She retired in 1973.

Melba Roy Mouton was Assistant Chief of Research Programs at NASA’s Trajectory and Geodynamics Division in the 1960s and headed a group of NASA mathematicians called “computers”. Starting as a mathematician, she was the head mathematician for Echo Satellites 1 and 2, and she worked up to being a Head Computer Programmer and then Program Production Section Chief at Goddard Space Flight Center.

In 1961 Melba got promoted to Head Programmer in charge for the team that determines aircraft orbits in space. Here she designed computer programmes in order to predict aircraft locations and trajectories. These programmes allowed NASA to track aircraft in space. By 1972 Melba had been promoted to Assistant Chief of Research Programmes, Trajectory and Geodynamics Division.