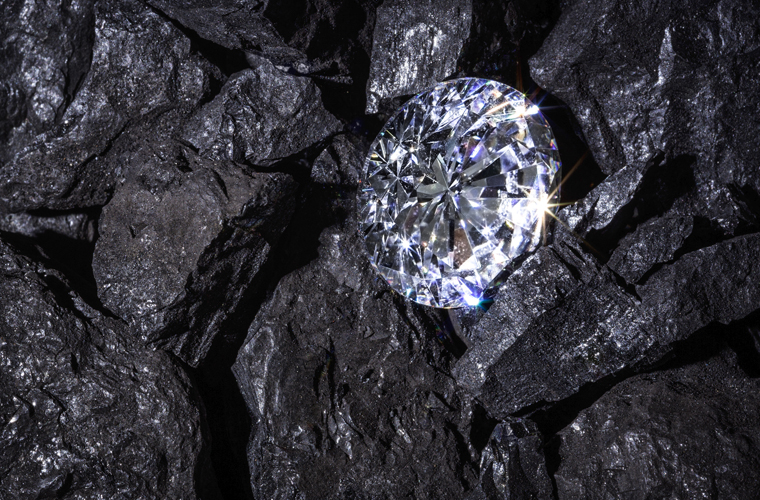 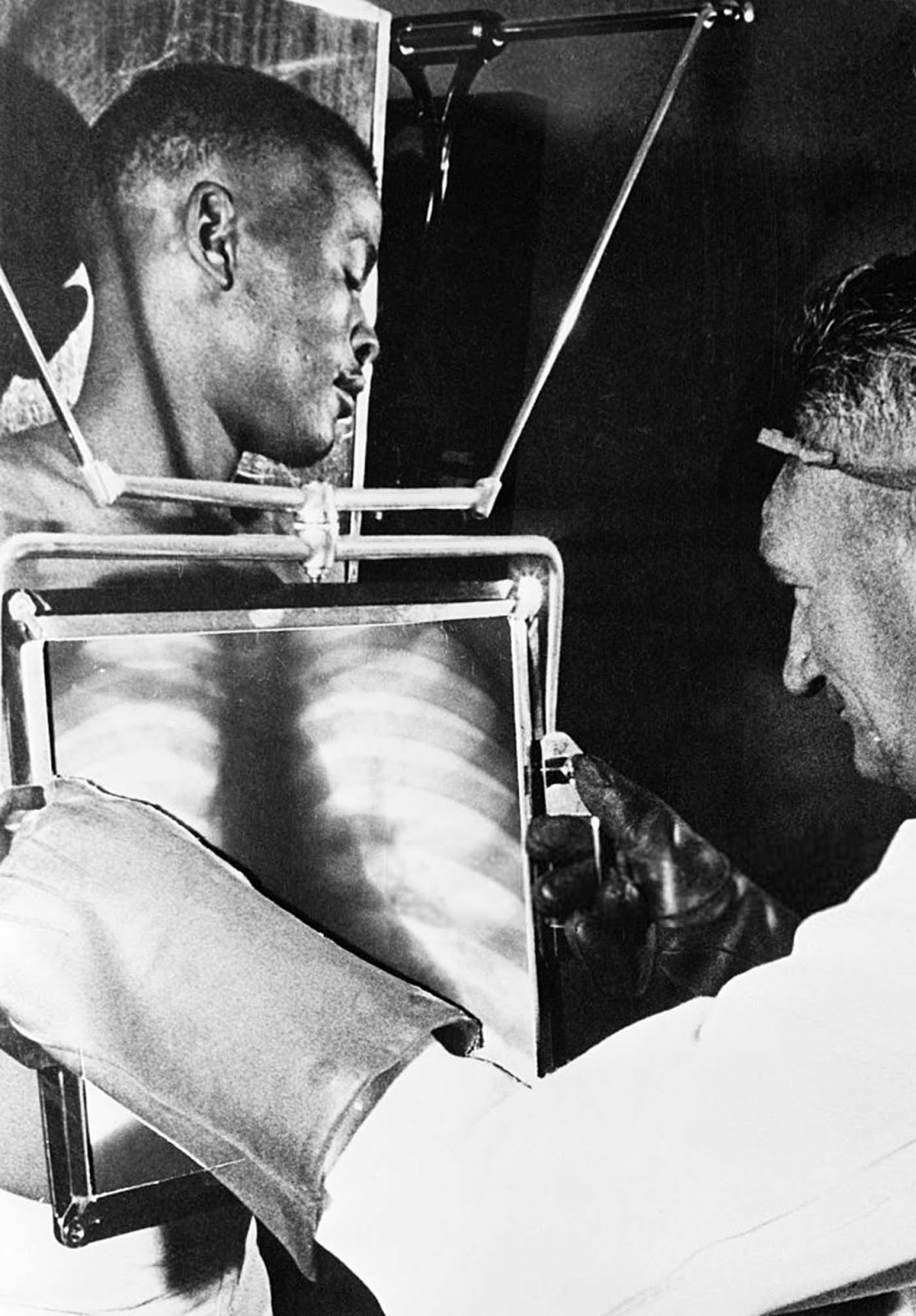 De Beer mine workers are X-rayed at the end of every shift before leaving the diamond mines, Kimberley, South Africa, October 1954.

South African mine workers being x-rayed before leaving the diamond mines. A trained radiologist like the one in the picture can easily identify even the smallest diamond, which a would-be thief might attempt to smuggle out of the mine in his stomach.

Each day at the end of the shift, the miners would have to go through the x-ray machine for inspection. Some miners would swallow diamonds, even hide them in self-inflicted incisions in their legs. According to a Botswana based mine, 36% of the workers smuggle diamonds out of its mines by hiding them in the anus, 30% hide them between their buttocks, 14% use their socks and hair, 5% conceal the gems in their mouths, 2% place the gems under their scrotum, 2% hide them in their clothes, 2% use their underwear and 10% use other means.

The x-ray machine that the radiologist is using to examine the mine worker is called fluoroscope. Fluoroscopy is an imaging technique that uses X-rays to obtain real-time moving images of the interior of an object. In its simplest form, a fluoroscope consists of an X-ray source and a handheld fluorescent screen, between which a patient is placed (notice the X-ray source behind the mine worker). The radiation protection is minimal, as the dangers of x-rays were not yet fully recognized.

Because fluoroscopy involves the use of x-rays, fluoroscopic procedures pose a potential for increasing the patient’s risk of radiation-induced cancer (the radiologist gets a dose of radiation as well). Radiation doses to the patient depend greatly on the size of the patient as well as the length of the procedure, with typical skin dose rates quoted as 20–50mGy/min. Exposure times vary depending on the procedure being performed, but procedure times up to 75 minutes have been documented.

Contrary to popular opinion, diamonds aren’t rare or even hard to find. They aren’t rare in an economic sense because supply exceeds demand. To maintain the high price of diamonds, De Beers creates an artificial scarcity by stockpiling mined diamonds and selling them in small amounts.

The concept that an engagement ring is an ancient tradition that is deeply embedded in human history in societies around the world is false. The idea of a diamond engagement ring is roughly a century old, and it was invented by the De Beers cartel. In the 1940s De Beers launched a long-running propaganda campaign around the theme “A diamond is forever”. Over many decades, the company spent hundreds of millions of dollars to market the notion that diamonds signify romance and love. The campaign involved sending diamond lecturers to classrooms to target high school students, placing diamonds in the fingers of Hollywood stars and suggesting stories to newspapers on how diamond rings symbolized romance.