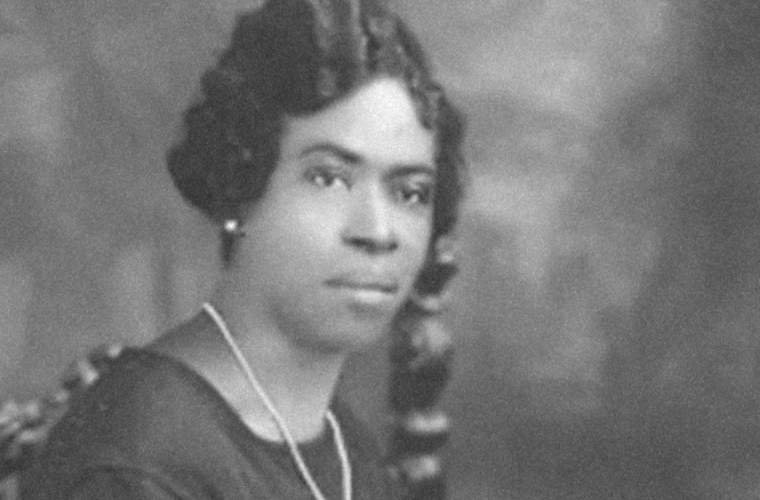 She was the first known African-American woman to serve as a postmaster in the United States. She was lauded for her efficiency and dedication, for working long hours, for covering late rental fees on post office boxes, even installing a telephone in the post office at her own expense so customers could call and check if they had any mail.

But, on February 7, 1903, the local newspaper ran the shocking headline, “Mrs. Minnie Cox, Postmistress of Indianola – A Faithful and Efficient Official Driven From Office by Southern White Brutes.”

James K. Vardaman, a white supremacist, had been spreading fear and causing division within the small community of Indianola, calling for the elimination of African Americans from leadership positions. His primary target was Mrs. Cox.

Known as “The Great White Chief”, Vardaman, was known for his advocacy of populism and white supremacy, saying: “If it is necessary every Negro in the state will be lynched; it will be done to maintain white supremacy.” Vardaman gave hateful speeches, reproaching the people of Indianola for “tolerating a negro [sic] wench as a postmaster.”

Mrs. Cox was a former teacher who had served successfully under three different presidents. She was first appointed in 1891 by President Benjamin Harrison, then reappointed in 1897 under President William McKinley, continuing to serve as postmaster under President Theodore Roosevelt. She was considered an excellent postmaster, according to author Willard B. Gatewood in his book, “Theodore Roosevelt and the Indianola Affair”.

Vardaman, however, turned the citizens of Indianola against Mrs. Cox.

Vardaman advocated a policy of state-sponsored racism against African Americans, saying that African Americans should be lynched to maintain his vision of white supremacy. He was against African-Americans taking any leadership role, even commenting how he was against education for African-Americans, saying, “The only effect of Negro education is to spoil a good field hand and make an insolent cook.”

There were rumours, however, that aside of his white supremacist views, Vardaman may have had another motive – obtaining Mrs. Cox’s postmaster position, as well as the position’s salary for himself. He also had dreams of political office.

The white citizens of Indianola would call for the removal of Mrs. Cox, replacing her with a white postmaster.

At first, Mrs. Cox bravely refused to step down, but the threats escalated, and both the mayor and sheriff refused to protect her.

That’s when President Roosevelt stepped in. After Mrs’ Cox tendered her resignation, Roosevelt refused to accept it. Unfortunately, the situation became so hostile for Mrs. Cox, she would leave Indianola for her own safety.

The threats, however, continued, with residents reportedly saying that if Mrs. Cox returned to the town she “would get her neck broken inside of two hours.”

During this time, President Roosevelt ensured her salary continued to be paid, while Indiananola’s mail was rerouted to Greenville, 30 miles away.

After Mrs. Cox’s appointment ended in 1904, the Indianola post office reopened with a different postmaster.

Mrs. Cox never returned to her role as postmaster, but she and her husband would eventually return to Indianola, where they opened the Delta Penny Savings Bank, one of the earliest black-owned banks in the state. They also founded the Mississippi Life Insurance Company, one of the first black-owned insurance companies in the United States to offer whole life insurance.

James Vardaman would eventually become governor of Mississippi, from 1904 to 1908. He also served in the U.S. Senate from 1913 to 1919. In July 2017, the University of Mississippi removed his name from a campus building, saying that he was “distinctly unworthy of honor.”

In 2008, a post office building in Indianola was named the Minnie Cox Post Office Building “in tribute to all that she accomplished by breaking barriers.”