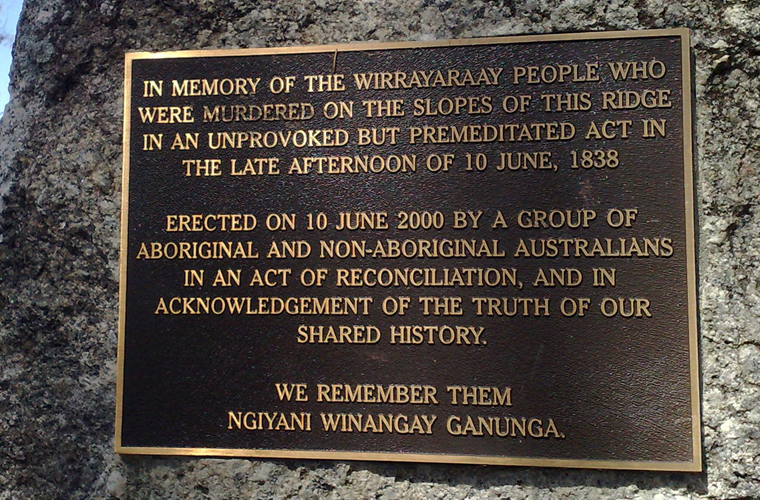 The Myall Creek Massacre now serves as both a harrowing reminder of Australia’s colonial violence towards Aboriginal people and an example of modern-day reconciliation. In 1838 white people had settled Australia for just 51 years. Pastoralists were pushing into Aboriginal land, dispossessing Indigenous people from the land that nurtured them physically and spiritually.

With the eyes of the law often several days’ ride away the settlers had little to fear. Gangs of stockmen went on what was known as ‘the Big Bushwhack’ or simply ‘the Drive’: a hunt for Aboriginal people which lasted several months. They thought there was nothing wrong with shooting Aboriginal people or raping Aboriginal women.

Among the massacres, the one at Myall Creek differs from the many other massacres of Aboriginal people in that it is a well documented and extreme example of what white people were capable of perpetrating on Aboriginal peoples.