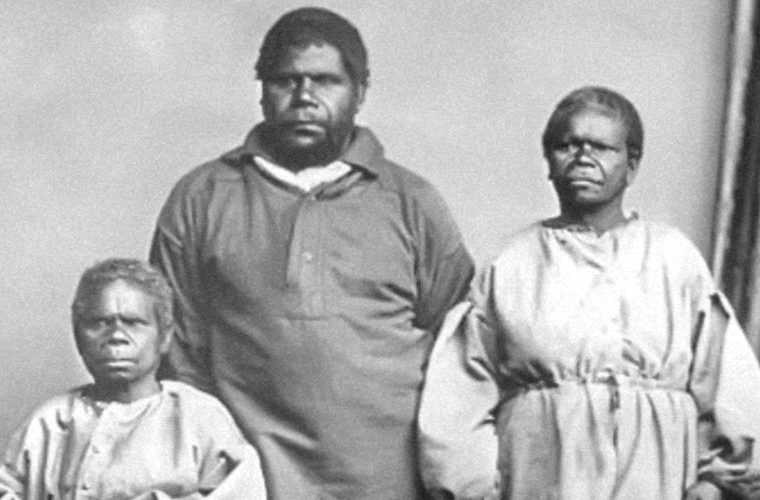 We have mentioned in many of our articles, that Black people were the first humans on this planet, and that Black people were originally found in all corners of the earth. There were indigenous or migrated Black populations all over Europe, Asia, America, and other parts of the world. But as we continue to dig further into history, we realize that many of these indigenous Black civilizations were set upon by Caucasians and murdered – in some cases the whole indigenous population was wiped out.

We are talking mass murder and genocide by European invaders!!!
The story of the “Black” Tasmanian people of Australia is no different. Tasmania was/is an island that is slightly bigger than the size of West Virginia, in the United States Of America, and is also located 200 miles off the southeast coast of Australia. Archaeologic findings and history estimates that these Black indigenous people crossed into the island on an ancient bridge that connected Tasmania to the continent of Australia.

The Palawa people were the first indigenous people of Tasmania. They were known for their curled hair which was often tight and skin colors that ranged from Black to reddish-brown. One of their most prominent features was their broad noses, wide mouths, and sets of deep brown eyes, which gave them an ancient and medieval look. They are called the Black Aborigines of Australia.

They were not pygmies but they were short, and some of them could easily be passed for pygmies, with their little body fat, which made them a bit plumpy. Records hold that they arrived on the Island around 35,000 years ago. They eventually became cut off from the rest of the world, as their bridge was submerged in water, due to rising sea levels. And for over 10,000 years they lived alone without any contact with the outside world.

The Presence Of Europeans In Tasmania

The peace and calm that the Aborigines of Tasmania enjoyed for over 10,000 years were disrupted in the December of 1642, when the first Europeans arrived on the Island, after anchoring off the Tasmanian coast. A Dutch navigator, named Abel Jansen, was the one who led the expedition.

And in the European manner, he was quick to name the Island after the governor-general of the Dutch East Idia Company, Anthony Van Diemen. He named the island, Van Diemen. And without the consent of the owners of the land, they continued to call the Island Van Diemen till the year 1855.

Before 1855, the British, as they scouted the world for lands to conquer and loot, reached the Island on the 28th of January, 1777. The British in their usual manner invaded the land and turned Tasmania into a settlement for their prisoners and convicted criminals. Now we are talking about the people with the worst behavior and characters in British society – criminals, rapists, killers, and devils.

These were the people that were brought to live in Tasmania. And as history tells us, they were brutal and inhumane in their dealings with the Aborigines. When a sum of the soldiers, missionaries, prisoners, and administrators was done, it was realized that the British had landed and settled over 65,000 Black-hating Caucasians on Tasmania.

By 1804, the British colonial government, and their convicts started to slaughter and murder the Tasmanian Aborigines in cold blood. They would kidnap, torture, and enslave them. They did that because they didn’t consider the Aborigines to be full humans – they followed the lies of European scholars who twisted human origins, placing Caucasians at the top of the pyramid and placing Black people at the bottom.

Their exploitation of the Tasmanian people was very sadistic, and barbaric, just like we found them doing to Africans at that point in time. Their mission was the total annihilation of the Black race, and they wasted no time in decimating the Tasmania population.

The Europeans on the Island (the British and their partners in genocide), tied the Tasmanian Black men to trees and used them for shooting target practice. They kidnapped the women and raped them while they were chained. The colonial officers and military often gave the criminals and convicts the authority to hunt the Aborigines for sport, shooting, clubbing, and spearing the men to death. To crown it all, they had fun while roasting the babies of the Aborigine alive.

The aborigines of Tasmania did not just sit back and watch the invaders destroy them. They put up a strong resistance. But we fear their resistance was not enough. Because if it was, they would still be around till today. But no one of that nation remains today.

In their usual manner, the British declared war on the Tasmanian aborigines and named the genocide “The Black War of Van Dieman’s Land”. This lasted for 27 years, between 1803 and 1830. And in those evil years, the Black population of Tasmania was reduced from over 5,000 to less than 75 people.

To elevate the genocide, two years before the end of the so-called war, the British government declared martial law in 1828 and gave the white in Tasmania authority to kill the Black people on sight. This was the last resistance for the aborigines. They defended themselves and their land with clubs, spears, arrows, and other sundry weapons. But their weapons were not enough to match the guns, and firepower of the British.

The British were really brutal, ruthless, and barbaric. As the two years advanced, the British established a bounty program for Black people and they named it “Black catching”, which then became a huge business for the Europeans in Tasmania. They offered the bounty hunters 5 pounds for each adult Aborigine, and 2 pounds for the children.

Many other options that were made available for the genocide were for the white people to enslave and sell the aborigines, trap, and poison, and also chase them with dogs. But they ended up with the bounty hunting option.

After the so-called war, the British rounded up the remaining aborigines and put them in concentration camps, since they did not longer pose a threat to the British.

The Last Tasmanians And How They Disappeared

The last full-blooded Tasmanian was a man named William Lanney, who was popularly known as King Billy. Lanney was born in 1835 and grew up on Flinders Island. When he turned 13, he and the remnant of his people were moved to a concentration camp which was called Oyster Cove. He grew up and became a sailor and often went whaling on some years. Being the last male Tasmanian, Lanney was considered by the world to be a human relic – the last of an indigenous tribe, murdered by the British. 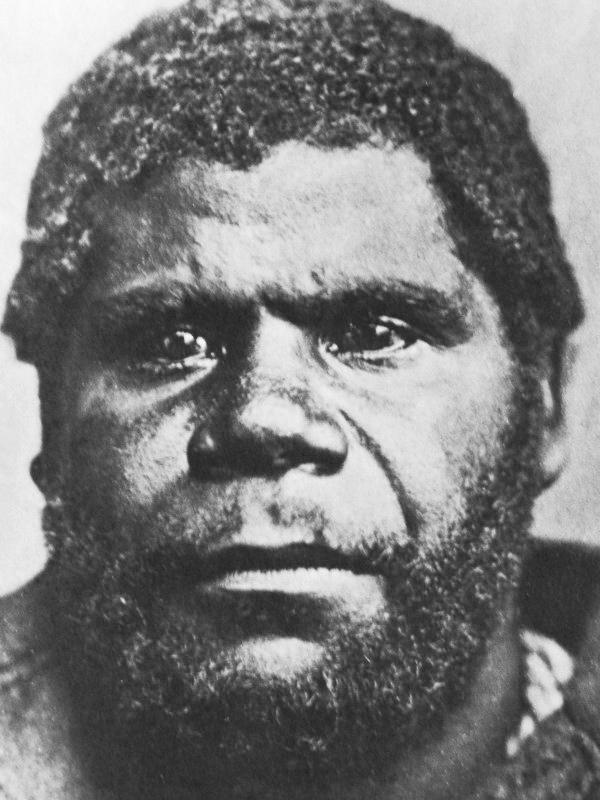 In the year 1860, Lanney was introduced to Prince Albert. One would wonder what the use of glorifying him with royal visits to European monarchs when the same Europeans murdered his entire ethnic group. He later died on the 2nd of March 1868, after returning ill from one of his whaling voyages in the February of 1868. He passed away in the room he stayed at The Dog and Partridge public-house in Hobart, Tasmania.

Once he died, Europeans started to scramble for his body. At that time, it was in the habit of European scientists to use the body of Black people for experiments. While he was still at one of the colonial hospitals, a group of people were bargaining for his bones. They claimed that they were representatives of the Royal Society of Tasmania.

The night before he was buried, a surgeon went into the mortuary where Lanney was kept, and skinned his head, and removed his skull. His skull was then replaced with the skull of another dead person, after which his head’s skin was stitched back.

After the Royal Society found out that his skull had been removed, they, in turn, dismembered him. His hand and feet were cut off and shared among themselves. And as usual with the genocide of their people, no one raised an eye-lid, no government or authority was bothered. No one was punished and no one called what happened evil. And just like that, Lanney, the last surviving Tasmanian was discrete and gone forever.

The Ordeals Of One Of The Last Tasmanians – Truganini

The experience, suffering, and torture that Truganini faced can be said to be a full description and Biography of the persecution and genocide of the Tasmanian people. 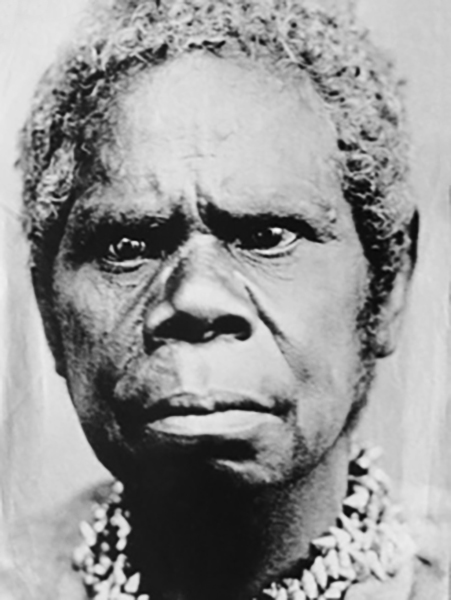 She died on the 7th of May, 1876, at the age of 73. Her story is one that would shake you to your bones. She had to watch her intended husband get drowned by two Europeans, and after that, she was raped by his murderers. Her mother was stabbed to death in cold blood by one of the many vicious Europeans on the Island. They also kidnapped her sister and probably killed her after raping her.

When she was on her death bed, she made a most touching plea to the doctor. She said: “Don’t let them cut me up.” This meant that it was then a practice to cut up the few remaining Tasmanians and use them for experiments or whatever evil and dark practices they used the skeletons of Black people for.

Just like she had predicted, the Europeans exhumed her body after her burial, and played her skeleton in a box and put her on exhibition in the Tasmanian Museum, and would remain there till 1947. Her skeleton, finally in 1976, was cremated and her ashes were scattered at sea.

The true figure of ancient people and civilizations that have been wiped out by Europeans over the curse of human history can never be estimated. This is because Europeans dedicated hundreds of years to the murder and extermination of indigenous people around the world – mainly Black people.

In our course of reading and compiling these various researches, we are often shocked to our bones, by the kind of evil that could be conceived by the heart of the British. And then we ask: Are these people really humans?

Our only hope is that the majority of Black people worldwide would read and know these things, so they can better understand the world they live in, and how far they have come as a race. With such knowledge, our people will be guided on how to respond to the love or aggression from Europeans in this age and time. 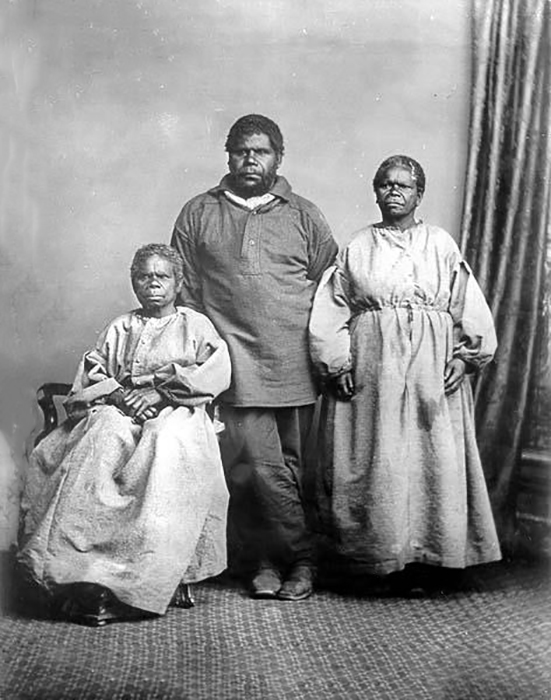 The true figure of ancient people and civilizations that have been wiped out by Europeans over the curse of human history can never be estimated. This is because Europeans dedicated hundreds of years to the murder and extermination of indigenous people around the world – mainly Black people.

In our course of reading and compiling these various researches, we are often shocked to our bones, by the kind of evil that could be conceived by the heart of the British. And then we ask: Are these people really humans?

Our only hope is that the majority of Black people worldwide would read and know these things, so they can better understand the world they live in, and how far they have come as a race. With such knowledge, our people will be guided on how to respond to the love or aggression from Europeans in this age and time.