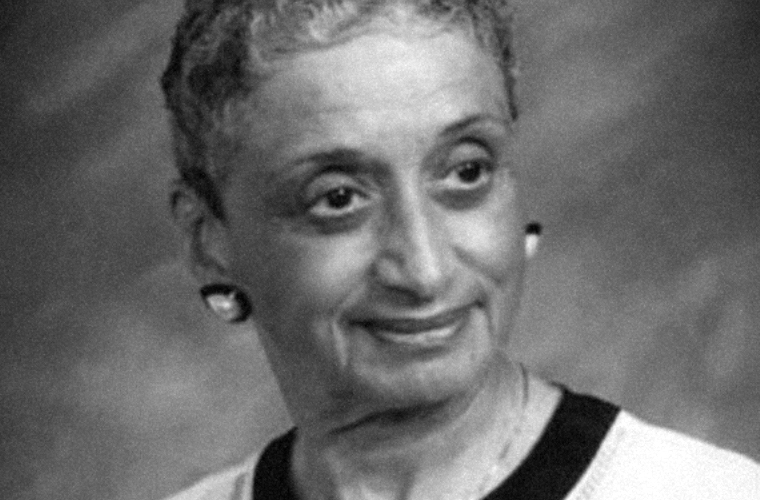 Natalia M. Tanner, M.D. built a long and distinguished career in pediatrics. Associated with both black-owned and operated hospitals as well as majority institutions throughout her career, she played a very personal role in improving underserved patients’ access to health care and minority physicians’ access to the institutions of professional medicine.

Natalia M. Tanner was born in Jackson, Mississippi, to Doris Murphy Tanner and Dr. Joseph Rush Tanner. While she was still a child, her parents moved to Chicago, where her father established a medical practice, and she grew up in their upper-middle-class home. In 1939, after graduating from Englewood High School, she attended Fisk University in Nashville, Tennessee, for two years, then transferred to the pre-medicine program at the University of Chicago. After two years, however, she decided to attend a black professional school and transferred to Meharry Medical College in Nashville, where she earned her medical degree in 1946, graduating among the top five in her class. She completed her internship at Harlem Hospital in New York City, then returned to the University of Chicago for her residency in pediatrics, and pursued additional training at Meharry Medical College’s Hubbard Hospital. After a short time in Chicago, she and her husband, Waldo Cain, M.D., moved to Detroit.

Being among the first to accomplish new goals was not easy. Dr. Tanner had confronted discrimination in pursuit of her medical career. She was the first African American woman fellow of the American Association of Pediatrics, admitted to the Illinois chapter, but when she moved to Detroit in 1951, she did not readily gain acceptance among her peers in the Michigan chapter. She applied for membership to the Detroit Pediatric Society, whose meetings she diligently attended, but no action was taken on her application. After nine months, she was informed that her application had been misplaced, and she insisted on her right to re-apply. After being ignored throughout one particular chapter meeting, she recalled that she finally stood up and challenged the members to recognize her. When the chairman began to introduce her as an applicant member, she declared, “No, I am not an applicant. I am a full fellow of the American Academy of Pediatrics and I am a transfer member from the Illinois Chapter.” Dr. Tanner was the first African American board-certified pediatrician in Detroit, and in 1983 became the first African American and the first woman to serve as president of the Michigan Chapter of the American Academy of Pediatrics.

In 1952, Dr. Tanner joined the staff of Children’s Hospital of Michigan, a segregated institution, as an attending pediatrician. She was the first African American on the staff. The first time she tried to secure a private room for an African American patient, she became fully aware of the hospital’s exclusionary policy. Though she identified herself as a member of the attending staff and insisted that the girl be admitted into the private ward, she was placed instead with the clinic patients. Dr. Tanner believed that, in order to be respected, she had to perform at a level beyond reproach, and constantly felt as though the administration was always watching her, waiting for her to make a mistake.

In 1969 Dr. Tanner decided it was time to improve the interactions between all the different groups working to expand children’s access to health care. Although there were many new organizations, few were working together. At that time, she served on the executive board of the Society for Adolescent Medicine (SAM), the National Committee on Adolescence for the American Academy of Pediatrics (AAP), and chaired the pediatric section of the National Medical Association (NMA). She established a liaison committee between the NMA, SAM, and AAP. “Now,” she said, “these groups collaborate all the time. They have clearly increased access to health and improved the health status of all children.”

Dr. Tanner remained in private practice into her 70s, also serving as a clinical professor in the department of pediatrics at Wayne State University in Detroit, and as attending pediatrician at several hospitals in the Detroit area. She had two children, and her daughter has followed her parents into a career in medicine.

Dr. Tanner received numerous awards throughout her career, including the Outstanding Achievement Award in Adolescent Medicine by the Society for Adolescent Medicine, in 2001, and the National Medical Association Distinguished Service Award the same year. In 2003 Dr. Tanner received the Detroit Urban League’s “Distinguished Warrior” Award for “outstanding work and dedication toward educational excellence, equality, and cultural diversity.”