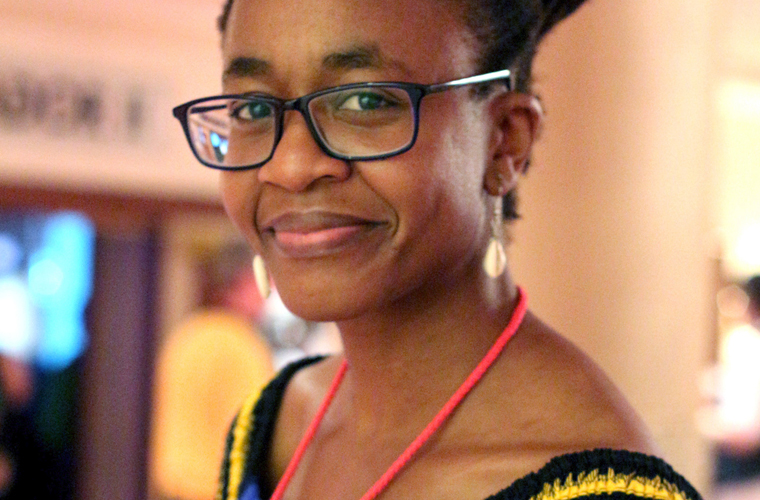 Nnedimma “Nnedi” Nkemdili Okorafor is a Nigerian-American writer and professor of creative writing at Chicago State University. Okorafor was born in the United States on April 8, 1974, to Nigerian immigrant parents of Igbo descent. She visited Nigeria regularly when she was young, familiarising herself with the country’s myths and culture.

Okorafors’s novels and stories reflect her Nigerian heritage and her life in the US. She specializes in fantasy, science fiction, and speculative fiction. Her first novel Zahrah the Windseeker was published in 2005. An illustrated version of the book was published in Nigeria in 2008 and it won the Wole Soyinka Prize for Literature in the same year. It was also shortlisted for the Carl Brandon Parallax and Kindred Awards and was nominated for a Locus Award for the best first novel.

Her second novel, The Shadow Speaker (2007), won the Carl Brandon Parallax Award. It was a Book Sense Pick (now the Indie Next List) for Winter 2007/08 and a finalist for an Essence Magazine Literary Award. Okorafor won the 2007/08Macmillan Writer’s Prize for Africa for her book Long Juju Man (2009), a story about a girl’s encounters with an irritating and crafty ghost.

Who Fears Death, a magical realist novel that combines African literature and science fiction, won the 2011 World Fantasy Award for Best Novel and the Carl Brandon Kindred Award. It was also a Nebula and Locus Awards nominee.

Okorafor wrote the critical essay “Stephen King’s Super Duper Magical Negroes”, which was published in October 2004. The essay was the first place winner of the 2005 Strange Horizons Reader’s Choice Award for non-fiction. She has also earned accolades for a number of her short fiction works, including “Amphibious Green”, “Windseekers”, ”The Awakening” (2003 winner of the Chicago Bar Association Goodnow Entertainment Award) and “The Magical Negro”.

Okorafor is also a playwright. Her first full-length play Full Moon was produced by the Buxville Theater Company at the Chopin Theatre in Chicago in 2005. Her screenplay Wrapped in Magic was filmed in Nigeria in 2011 by Nollywood movie director Tchidi Chikere.