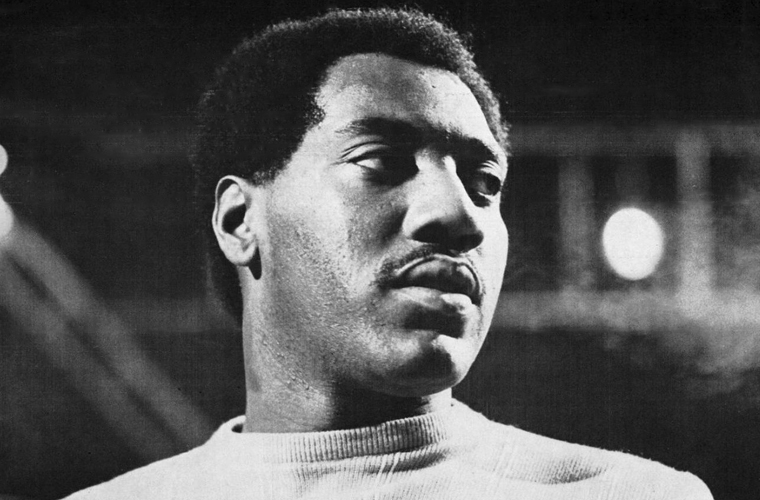 Redding was raised in Macon, Georgia, where he was deeply influenced by the subtle grace of Sam Cooke and the raw energy of Little Richard. In the late 1950s, Redding joined Richard’s band, the Upsetters after Richard had gone solo. It was as a Little Richard imitator that Redding experienced his first minor hit, “Shout Bamalama,” for the Confederate label of Athens, Georgia.

The story of Redding’s breakthrough is part of soul music mythology. Redding joined Johnny Jenkins’s Pinetoppers, a local Georgia band, and also served as the group’s driver. When the group traveled to Memphis, Tennessee, to record at the famed Stax studios, Redding sang two songs of his own at the end of the session. One of the two, “These Arms of Mine” (1962), launched his career, attracting both a record label executive (Jim Stewart) and a manager (Phil Walden) who passionately believed in his talent.

The hits came fast and furiously—“I’ve Been Loving You Too Long (to Stop Now)” (1965), “Respect” (1965), “Satisfaction” (1966), “Fa-Fa-Fa-Fa-Fa (Sad Song)” (1966). Redding’s influence extended beyond his gritty vocals. As a composer, especially with his frequent partner Steve Cropper, he introduced a new sort of rhythm-and-blues line—lean, clean, and steely strong. He arranged his songs as he wrote them, singing horn and rhythm parts to the musicians and, in general, sculpting his total sound. That sound, the Stax signature, would resonate for decades to come. Redding became a de facto leader presiding over a band that would prove as influential as the great rhythm-and-blues aggregations that preceded it, units associated with Ray Charles and James Brown.

The rapport between Redding and his rhythm section—Cropper on guitar, Donald (“Duck”) Dunn on bass, Al Jackson on drums, and Booker T. Jones on keyboards (known collectively as Booker T. and the MG’s)—was extraordinary. Redding proved to be an adept duet partner as well; his hits with labelmate Carla Thomas (“Tramp” and “Knock on Wood,” 1967) added to his romantic aura.

When the Stax/Volt Revue stormed Europe, Redding led the brigade. He converted hippiedom to soul music at the 1967 Monterey (California) Pop Festival and was just entering a new phase of popularity when tragedy struck. On December 10, 1967, Redding and most of his backing band were killed when their chartered plane crashed into a Wisconsin lake. Redding was 26 years old.

Ironically, the across-the-board success Redding had sought was realized only after his death. His most-haunting composition, co-written with Cropper, shot to the top of the charts and became his only number one hit: “(Sittin’ on) The Dock of the Bay” (1968), a bittersweet lament of indolence and love. The public mourned his passing by playing his records. During 1968 three other Redding songs—“The Happy Song (Dum Dum),” “Amen,” and “Papa’s Got a Brand New Bag”—hit the charts. He remains a giant of the genre, a much-revered master of straight-ahead soul singing. Redding was inducted into the Rock and Roll Hall of Fame in 1989 and into the Songwriters Hall of Fame in 1994. He also was a recipient of a Grammy Award for lifetime achievement (1999).