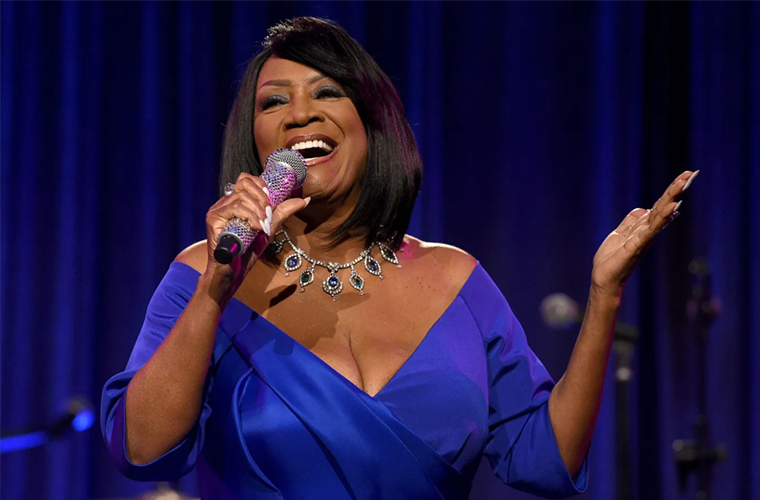 Actress and singer Patti LaBelle is widely regarded as the queen of rock and soul music. She has received acclaim for many of her songs, including “Lady Marmalade,” “When You Talk About Love” and “New Attitude.” She began her career as part of the Ordettes in 1959, she became the Bluebelles in 1961. Her success as a solo artist started in 1983 when she released her hit album I’m in Love Again.

The Bluebelles
Going out on the road, the Bluebelles earned national fame at The Apollo Theater in Harlem, New York, where they became “Apollo Sweethearts.” The group also enjoyed modest success with remakes of songs such as “You’ll Never Walk Alone” and “Somewhere Over the Rainbow,” and their ballad “Down the Aisle (The Wedding Song)” became a top 40 hit. Yet nothing compared to their early success. In 1967, Cindy Birdsong left the group to join forces with Diana Ross and the Supremes. Meanwhile, the remaining members of the Bluebelles tried to pull out of their musical slump.

In 1970, unable to recreate their early success, the Bluebelles were dropped from their label and abandoned by their managers. LaBelle turned to promoter Vicki Wickham for help with their antiquated image. Under Wickham’s management, the group changed their name to the edgier “LaBelle,” altered their fashion to reflect the 1970s glam rock era, and pushed the limits with their lyrics and music.

After releasing several albums on the Warner Bros. label, their 1974 release Nightbirds finally caught on with listeners. The first single off the album, “Lady Marmalade,” about a seductress in New Orleans, became the group’s first No. 1 hit in 12 years. In response to the album’s success, the group began a whirlwind tour, becoming the first group to play at the Metropolitan Opera House, and the first Black vocal group to land the cover of Rolling Stone magazine. Yet, underneath the success, there was a layer of tension within the group over musical direction. In 1977, after creative differences, the group split up to focus on solo projects.

Solo Success
LaBelle released her eponymous solo debut in 1977, which received critical acclaim. In 1982, after the moderate success of albums such as Tasty (1978) and Released (1980), LaBelle recorded the ballad “The Best is Yet to Come,” which reached No. 14 on the R&B chart, and garnered LaBelle her first solo Grammy Award nomination. That same year she had a No. 1 hit with “On My Own,” sung with Michael MacDonald.

In 1991, LaBelle released Burnin’, which hit gold status and landed the singer her first Grammy Award. She was honored again for her work in 1993 when she was given a star on the Hollywood Walk of Fame. She also continued releasing popular albums throughout the 1990s, including Gems (1994), Flame (1997), and Live! One Night Only (1998)—which won LaBelle a second Grammy.

Later Career
In 2008, LaBelle and former LaBelle group members Nona Hendryx and Sarah Dash reunited to release Back to Now, their first full album as a group in 32 years. The collection featured a combination of new songs and singles recorded before the LaBelle group break-up. The album was followed by a successful reunion tour. In June 2009, LaBelle was honored yet again, with her induction into the Apollo Legends Hall of Fame. In 2017, the singer unveiled her first jazz album, Bel Hommage, which featured standards previously delivered by Frank Sinatra and Nina Simone, among others.

TV, Films, and Theater
LaBelle has starred in numerous stage and screen productions, including roles in the films A Soldier’s Story (1984) and Beverly Hills Cop (1984); an appearance in the Broadway gospel musical Your Arm’s Too Short to Box with God (1982); and a recurring role in the television series A Different World (1990). More recently, LaBelle appeared in the popular series American Horror Story in 2014.

The following year, LaBelle took on a new challenge. She became a contestant on Dancing With the Stars and partnered with professional dancer Artem Chigvintsev. LaBelle’s competitors included actress and author Suzanne Somers and athlete Michael Sam. She went on to recurring roles in the series Greenleaf and Star, and returned to reality competition fare in 2019 as the Flower in season 2 of The Masked Singer.

Books and Culinary
LaBelle has written several books, including the autobiography Don’t Block the Blessings (1997), the diabetic cookbook LaBelle Cuisine: Recipes to Sing About (1998), and Recipes for the Good Life (2008). Following that theme, she has also launched several food products, including sauces, sweet potato pies, and a frozen soul food line.

Personal Life and Children
LaBelle married her manager, Armstead Edwards, in 1969. The pair has three children. They split in 2000, after 30 years of marriage.