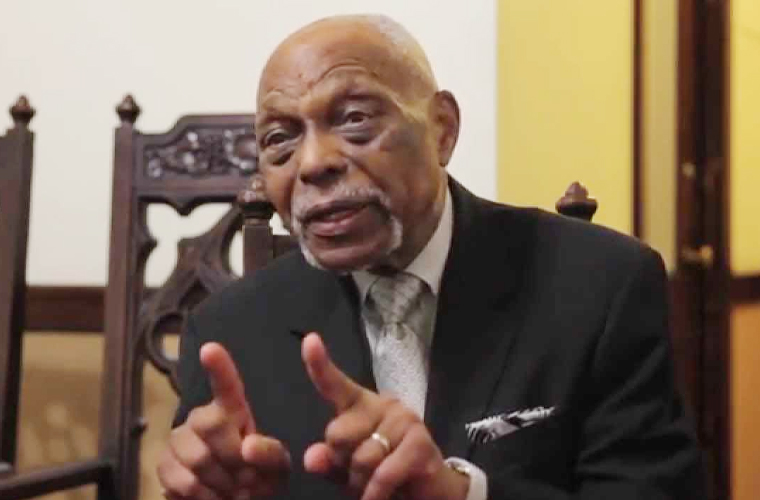 Reverend Cecil L. Murray was born on September 26, 1929, in Lakeland, Florida, to Janie Belle Williams Murray and Edward Wilder Murray, Sr. Murray’s mother passed away when he was only four years old; he would be raised by his father who was devastated by his wife’s untimely passing. Growing up in the segregated South, Murray, his father, and his brother experienced profound racism firsthand.

Murray earned his undergraduate degree from Florida A&M University but joined the United States Air Force after graduation where he served during the Korean War as a jet radar intercept officer in the Air Defense Command, and as a navigator in the Air Transport Command. Murray retired as a reserve major in 1958, after ten years, and was decorated with a Soldier’s Medal of Valor. After Murray left the U.S. Air Force, he attended the School of Theology at Claremont College in California, where he earned his Ph.D. degree in religion.

Murray’s first church was in Pomona, California, where he helped grow a congregation of just twelve members to a group of 150. Murray later served at Trinity A.M.E. in Kansas City from 1966 to 1971; the First African Methodist Episcopal (FAME) Church in Seattle; and Los Angeles’ FAME Church in 1977, after Bishop H.H. Brookins recruited him to join. Under Murray, the congregation grew from several hundred members in 1977, to roughly 18,000.

Murray retired as Senior Pastor from the FAME church on September 25, 2004. In 2005, Murray became a senior fellow at the Center for Religion and Civic Culture (CRCC) and continues to work as a liaison to the Los Angeles area, and to African American and Latino constituents. Murray also works on the Passing the Mantle project, which aimed to train clergy from African American churches across California in effective community development and organizing skills.