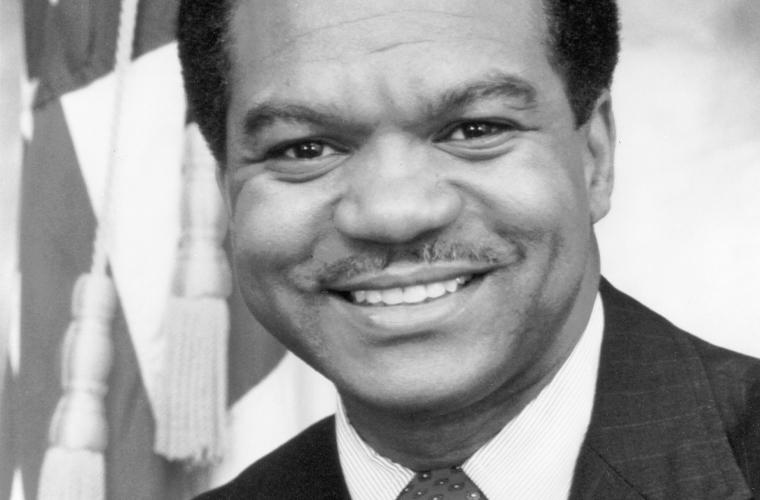 The Reverend Walter Edward Fauntroy was born in Washington, D.C., on February 6, 1933, to Ethel Vine and William T. Fauntroy. Graduating from Virginia Union University with a B.A. in 1955 and from Yale University Divinity School with a B.D. in 1958. The following year he became pastor of his childhood church, New Bethel Baptist Church in Washington, D.C, where he still serves as pastor.

In 1961, Fauntroy was appointed by Dr. Martin Luther King, Jr. as director of the Washington Bureau of the Southern Christian Leadership Conference. He then worked as the Washington, D.C., coordinator of the historic 1963 March on Washington and directed the 1965 Selma to Montgomery March, the 1966 Meredith Mississippi Freedom March, and the 1983 20th Anniversary March on Washington. In 1966, Fauntroy founded and served as the president of the Model Inner City Community Organization, a group committed to community development and neighborhood development.

In 1966, President Lyndon B. Johnson appointed Fauntroy vice chairman of the White House’s “To Fulfill These Rights” conference. One year later, Johnson appointed him vice chairman of the Council of the District of Columbia, and in 1971 Fauntroy was elected as the District of Columbia’s delegate to Congress. He served ten terms in this role and designed and engineered many significant changes in national public policy. He was also one of the founding members of the Congressional Black Caucus. Fauntroy served for six years, as chair of the Subcommittee on International Development, Finance, Trade, and Monetary Policy while he was a member of the House Banking, Finance, and Urban Affairs Committee. In 1977 Fauntroy founded the National Black Leadership Roundtable for leaders of National African American organizations. Fauntroy was chairman of the Congressional Black Caucus Brain Trust on Black Voter Participation and Network Development.

In 1984, Fauntroy was arrested at the South African Embassy as part of the Free South Africa Movement. Fauntroy is married to Dorothy Simms and they have two children: Marvin Keith and Melissa Alice.