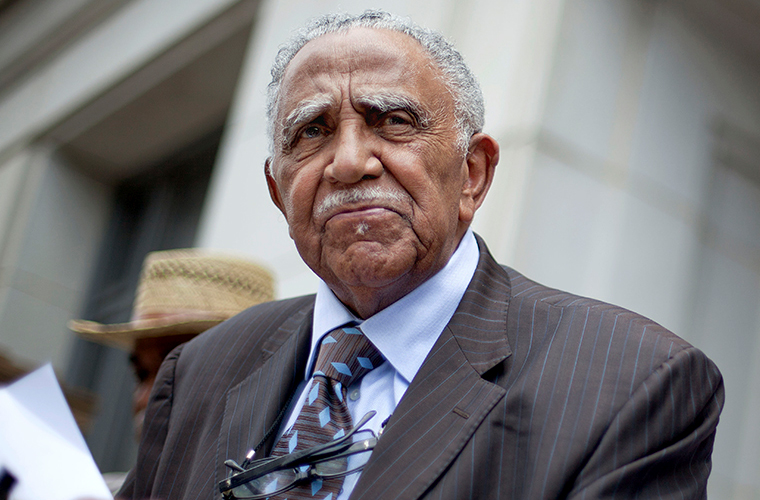 Outspoken civil rights activist the Reverend Joseph Lowery was born on October 6, 1921, in Huntsville, Alabama. Considered the dean of the Civil Rights Movement, Lowery began his education in Huntsville, spending his middle school years in Chicago before returning to Huntsville to complete high school. From there, Lowery attended Knoxville College, Payne College, Theological Seminary, and the Chicago Ecumenical Institute. Lowery earned his doctorate of divinity as well.

Lowery began his work with civil rights in the early 1950s in Mobile, Alabama, where he headed the Alabama Civic Affairs Association, an organization devoted to the desegregation of buses and public places. During this time, the state of Alabama sued Lowery, along with several other prominent ministers, on charges of libel, seizing his property. The Supreme Court sided with the ministers, and Lowery’s seized property was returned. In 1957, Lowery and Dr. Martin Luther King, Jr., formed the Southern Christian Leadership Conference (SCLC) and Lowery was named the vice president. H Lowery led the famous 1965 Selma to Montgomery March – the Bloody Sunday march – at the time that George Wallace was governor of Alabama.

Lowery was co-founder and former president of the Black Leadership Forum, a consortium of black advocacy groups. The Forum began protesting apartheid in South Africa in the mid-1970s and continued its activities in that region until the election of Nelson Mandela. In 1979, during a rash of disappearances of Atlanta’s African American youth, Lowery provided a calm voice to a frightened community. In 1990, Lowery was invited by the FBI to meet with director William Sessions to conduct a seminar on African Americans and the image of the FBI.

After serving his community for more than forty-five years, Lowery retired from the pulpit in 1997. Lowery also retired in 1998 from the SCLC as president and CEO. Despite his retirement, Lowery still remains active; he worked to encourage African Americans to vote and even recorded a rap with artist NATE the Great to help spread this message.

Lowery received numerous awards, including an NAACP Lifetime Achievement Award, and the Martin Luther King Center Peace Award. Essence twice named Lowery as one of the Fifteen Greatest Black Preachers. Lowery’s wife, Evelyn Gibson Lowery, was also an activist in her own right.