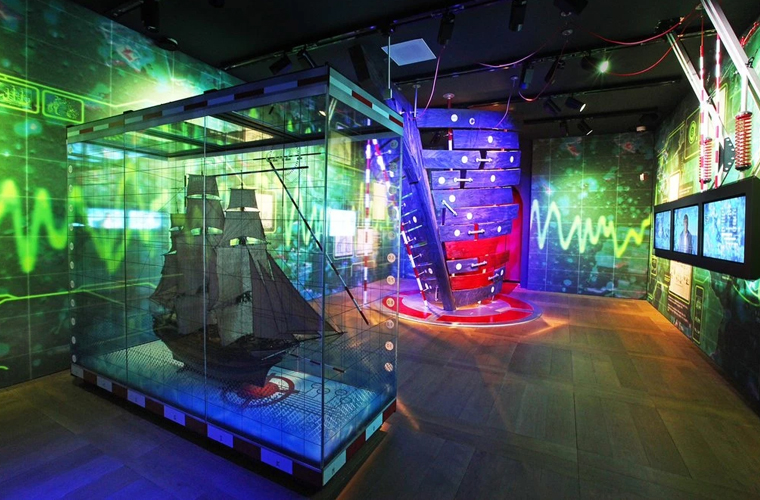 On Jan. 1, 1738, the Leusden, a Dutch West India Company slave ship carrying nearly 700 African men, women, and children through what is now Suriname, became caught in a terrible storm. Fearing that the captives would scramble for the vessel’s few lifeboats, the captain ordered the crew to shut the hold and lock the Africans below deck.

Six hundred and sixty-four people suffocated or drowned while the boat sank in the Maroni River, and the crew escaped: the greatest tragedy of its kind in the Atlantic slave trade, according to the historian Leo Balai. The death toll was almost five times that of the next-largest tragedy: the 1781 massacre of 132 slaves on the Zong, a British-owned ship that was transporting slaves from Africa to Jamaica. They were thrown overboard for insurance money.

“The story of the Leusden was never told in Holland,” Mr. Balai said. “It was the largest murder case in the history of the slave trade, but no one ever talked about it.”

It’s now the subject of an exhibition at the Scheepvaart Museum, the maritime history museum here. The interactive show, created by a theater set designer, strives to give visitors the experience of being inside the ship. The exhibition begins below deck, later taking museumgoers above to meet the captain and others who benefited from the slave trade.

While in the dark hold, visitors hear fearful voices asking where they are headed and why they are being held captive. Paper tags hang from the ceiling, scribbled with the names, ages, and dates of capture of the Africans on board — information from the West India Company archives. In the final room, those name tags appear as gravestones, with pictures of real people in place of the data, to convey the true human toll.

“Our idea was that we wanted people to gradually understand the ins and outs of the slave trade and especially the fate of the people on board the Leusden,” said Remmelt Daalder, a senior curator at the Scheepvaart Museum. “It has been compared to ‘C.S.I.’ — we’re starting the search for the Leusden, and investigating it as a crime.”

The exhibition is based on a Ph.D. dissertation by Mr. Balai, who is Surinamese Dutch and whose ancestors were enslaved. A rendition of the slave ship’s lower deck is designed to recreate the feeling of being imprisoned. 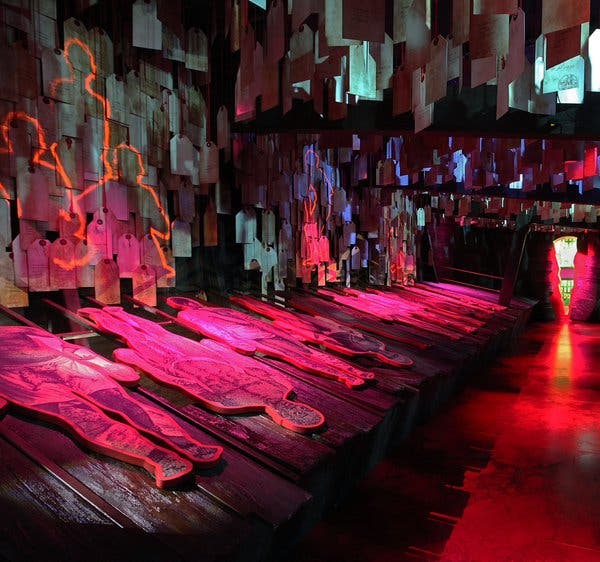 “If you look for a list of shipping disasters in Dutch history, you won’t find it,” Mr. Daalder said. “It wasn’t seen as important. It was a large loss in terms of money, but no one seemed to mind that it was a large loss in human lives. No one was punished, and, in fact, some of the crew members got a reward because they were able to save a box of gold from the ship.”

The show coincides with the commemoration of the 150th anniversary of the abolition of slavery in the Dutch colonies. Although slaves were never taken to the Netherlands, Dutch merchants played an important role from the 17th to the 19th century, buying people at ports along the west coast of Africa and shipping them through its colonies in the Caribbean to the Americas.

As the Dutch commemorate that anniversary, some say there’s still an insufficient acknowledgment of the role the country played in the trade. In the past five years, several Surinamese groups and others who represent people from the former Dutch colonies have been demanding that the government formally apologize, among them Sandew Hira, a historian.

“The Dutch glorify the 17th century and call it the Golden Age,” he said last week. “But in that century they were kidnapping hundreds of thousands of people from Africa and torturing them and forcing them to work for free in the colonies, in what we’d now call forced labor camps.”

Many had hoped that Willem-Alexander, the new Dutch king, would issue a formal apology. Instead, Lodewijk Asscher, the Dutch deputy prime minister, spoke in a commemoration speech on Monday.
“I stand here in the name of the Dutch government, and I look back at this stain on our history,” he said. “I look back and express deep remorse.”

On June 13 the Dutch Council of Churches issued a formal apology for slavery, and its secretary general, Klaas van der Kamp, called it a “black holocaust.”
As for the Leusden slave ship, the historical sleuthing will continue. Although there is plenty of documentary evidence about its history in the archives, no objects survived — no model of the ship, no construction plans, no material owned by the crew.

To continue his research, Mr. Balai will travel to Surinam this summer with marine archaeologists to search for the wreck. “We hope we can find something, or some materials because it’s very important to know how the ship was built,” Mr. Balai said. “It’s also a mass grave because 664 people lost their lives there.”