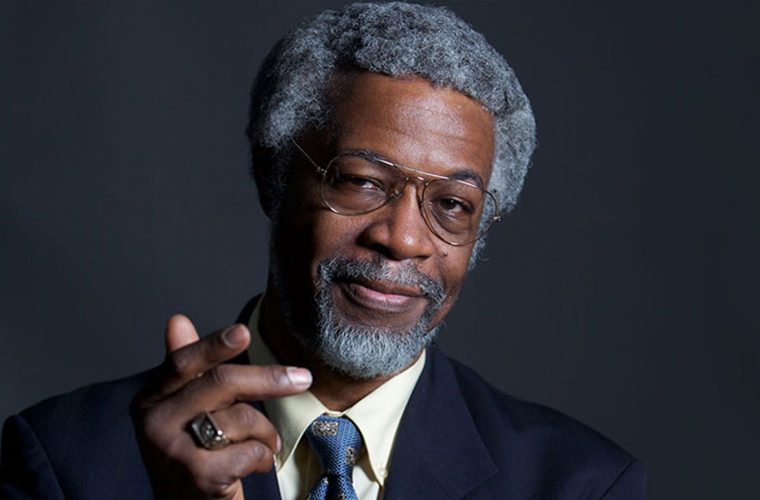 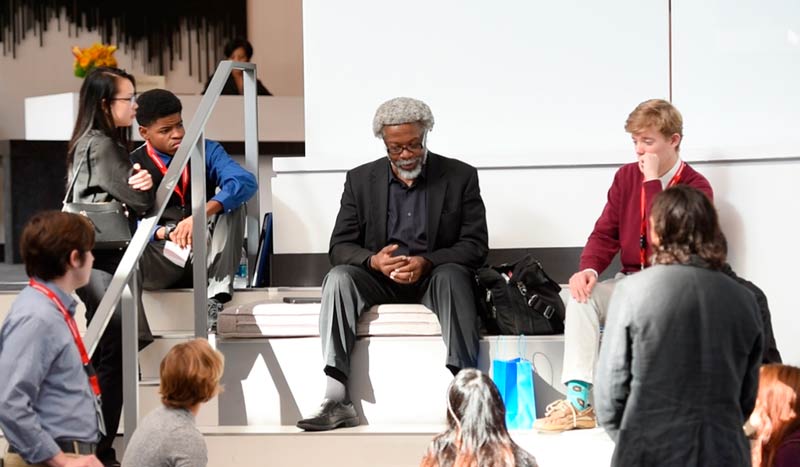 Students gather around Dr. Gates after his talk.

Dr. Sylvester James Gates is a titan of physics. During his doctoral research at the Massachusetts Institute of Technology, he became the first person to study supersymmetry there, kick-starting a career that would earn him a National Medal of Science and an induction into the National Academy of Sciences. Sylvester James “Jim” Gates, Jr., (born December 15, 1950) is an American theoretical physicist. He received two B.S. degrees and a Ph.D. degree from the Massachusetts Institute of Technology, the latter in 1977. He served on President Obama’s Council of Advisors on Science and Technology, and he continues his research on supersymmetry as a professor at the University of Maryland. Given his impressive history as a scholar and cutting-edge researcher, hearing Dr. Gates speak and interviewing him was the highlight of our PhysCon experience.

Dr. Gates began his plenary talk by reminding us of some of the amazing physicists that made his investigations into supersymmetry possible.  From Newton to Einstein, they laid the groundwork for researchers to carry the torch forward.  To physics undergraduates, studying math can sometimes seem like trudging through an unyielding forest, but Dr. Gates views it as a “safari guide.”  Math is the language of supersymmetry and string theory, and trying to translate that math is at the core of Dr. Gates’ work.  Currently, he is trying to understand four-dimensional strings using Adinkra symbols.  These symbols, derived from the Ashanti culture, are a graphical way of describing multidimensional spaces, using colors and lines to describe supergravity and supersymmetry. 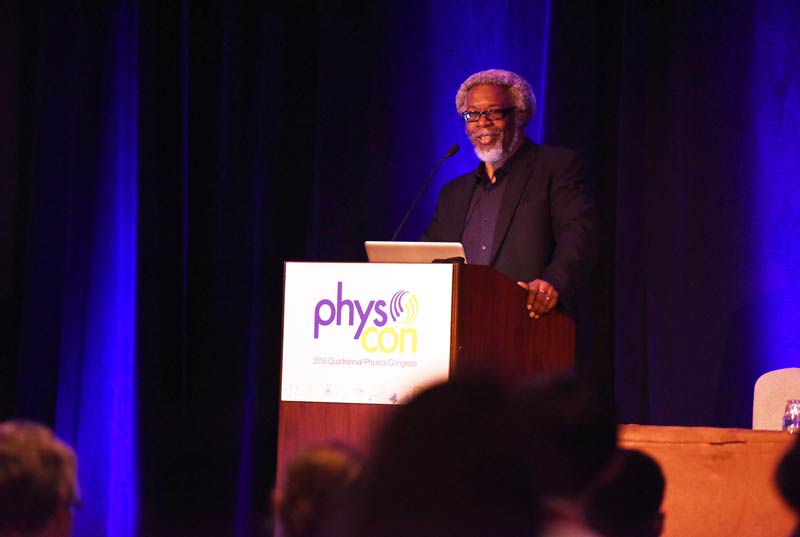 Dr. Gates told us that he was not born with an affinity for physics. Being in a military family, he moved constantly, enrolling in six schools before turning ten. While places and friends came and went, math and physics were always there. Long hours reading books on space travel nurtured a genuine interest in astronomy, which in turn opened new realms of study unbound from the classroom.

Despite his passion for the subject, Dr. Gates was disappointed to find that science was not as blind as he expected.  When he was sixteen years old, Gates was told by a fellow classmate that he was “smart, but you’ll never be as smart as a white man.” Throughout his adolescence he faced an endless cavalcade of doubters and naysayers, calling him out solely on the basis of his skin color, but Dr. Gates refused to back down. From the halls of his elementary school to the halls of MIT, he never lost focus and kept solving whatever problems came his way. He has authored over two hundred published scientific articles and a book on supersymmetry, and has a collection of impressive awards and accolades.

Years have passed, but discrimination against minorities in physics persists. Still, we owe it to Dr. Gates, our peers, and ourselves to keep an optimistic eye toward the future, and what we witnessed at PhysCon gives us hope. At the conference, we participated in dynamic discussions about how to create a more inclusive physics community that will help propel all of us, including minorities, toward successful careers.

Our time with Dr. Gates left us truly humbled. While his discoveries and passion are certainly things to be admired, it is his dedication and perseverance that truly moved us. Even in the face of discrimination and opposition, Dr. Gates became an incredibly talented and influential member of the physics community, something we can all strive to emulate.